Two decades ago, if you had asked me what I did for a living, I’d have said food writer. Back then, I free-lanced for newspapers and magazines. My first cookbook was published in 1990. I had some success with that – it was a James Beard Award nominee – and it was followed by another two books. Then in 2006 I wrote The Farmstead Egg Cookbook. It was a sweet little book with nice recipes and gorgeous photographs. Sales were slow and the book soon went out of print, but that title changed the course of my career. 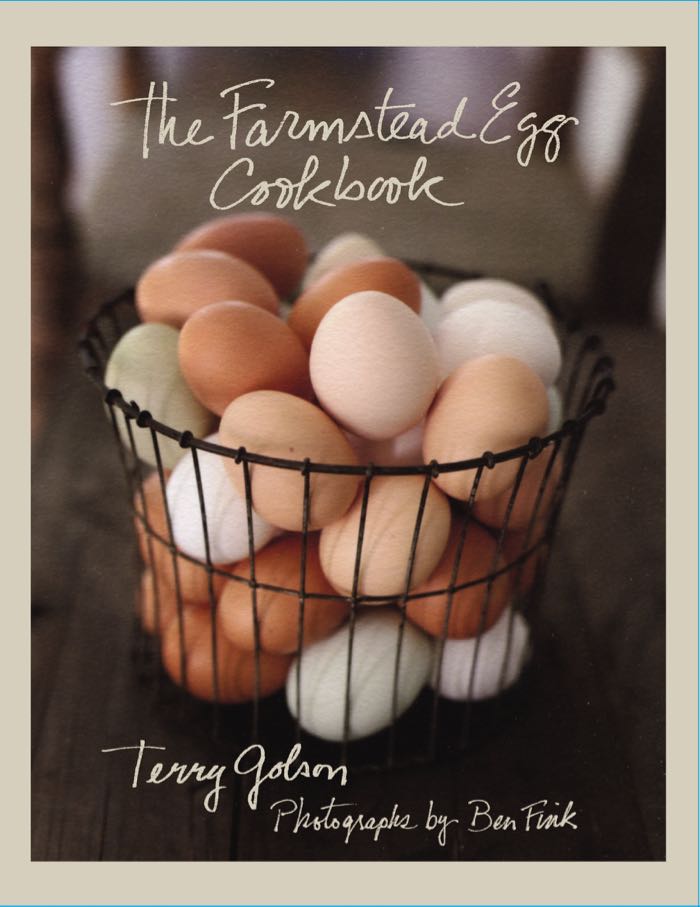 I was told that I had to have a website to promote book sales. At the time most authors put up a basic site that didn’t include much more than a book description and an author head shot. I considered that. It would have been easy to do. But years before this, Steve had a crazy idea. Let’s put a live-streaming cam in the coop, he said. Broadcast it to the world. What? This was before Eagle Cam, before weather cams, before there were any cams at all except for a handful in academic settings. I nixed that idea. But it kept coming up, and I needed a website, and a live cam would be interesting, wouldn’t it?

Installing and operating the cams was easier said than done. It wasn’t like there was kit to purchase. Steve had to figure out how to make this happen. We spent thousands of dollars on wiring, cameras and technical equipment to run it. Over the years we’ve spent thousands more on hosting fees and other computer necessities. Steve put in countess hours. 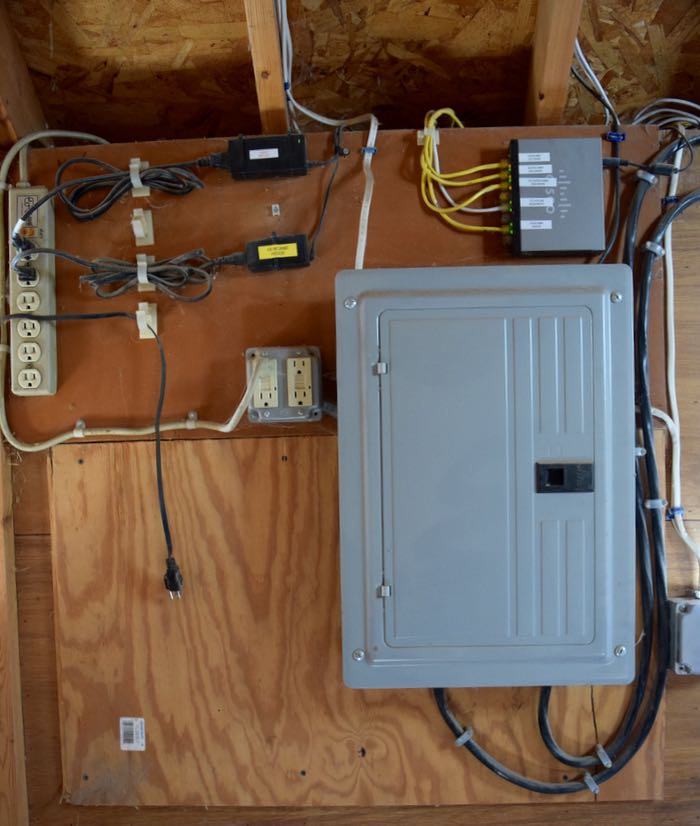 Because of the cams, the website itself couldn’t be a stock template. I had to hire a designer. The cost exceeded any income that I made from my writing, but the expense and effort was worth it. HenCam did prove to be interesting. People came.

HenCam went live in 2005. YouTube didn’t exist yet and there weren’t scores of cute cat videos to indulge in, but there were my hens. I started getting email from viewers asking about the animals that they were watching. They asked questions, too, about chicken keeping, so in May of 2006 I started blogging. I didn’t realize it then, but this marked a shift in my focus. I turned from food writing to chickens. 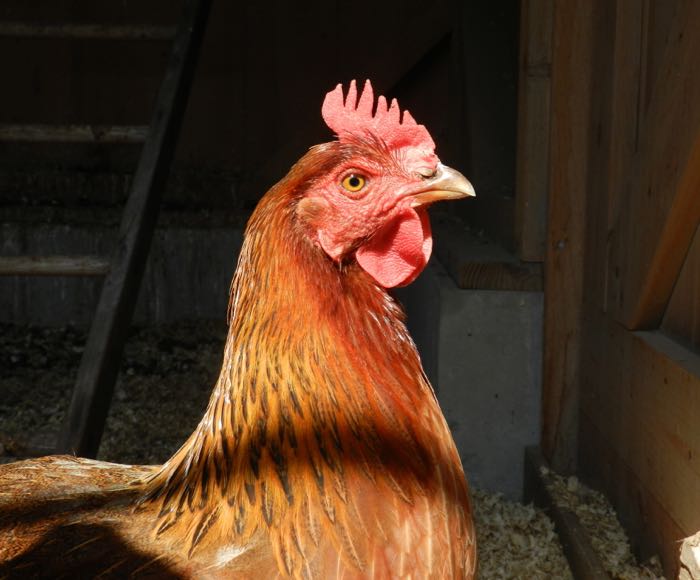 I can remember when I thought that the numbers were big if 50 people came to my website over the course of the day. This was before Facebook. There was no place to announce what I was doing and hope it’d go viral. People found me through word of mouth. I kept writing. More people found me. In 2009 I opened the blog to comments. Since then, there have been 31,000 of them. I have read every one. My site has seen 7.5 million visits.

Most of my readers are in the United States, but they’re also from over 200 other countries. England and Germany, Canada and Brazil, Zimbabwe, India, and Indonesia. New Zealand, Australia, Korea and Poland. I’ve heard from troops overseas who watch the cams, dreaming of when they come home to their own home plots, and also from Afghanis (one touching note came from a doctor there who remembers better times when his father raised chickens in their backyard in Kabul).

In the last ten years. I’ve written 575,000 words (that’s the equivalent of 7 novels.) I’ve written 2,000 posts. The vast majority of my writing has been about chickens. I’ve written about broody hens, manure and molting. I’ve delved into respiratory disease, internal laying and pecking order. I’ve written practical information that has helped thousands of people care for their birds. The most widely read piece is the What to Feed Your Chickens FAQ. It’s been read 771,331 times. Hundreds of hens have been saved with my Spa Treatment, and thousands of people have learned why their chickens are losing feathers. Over the last decade, I’ve set down what I know about backyard chicken keeping. If you have a question, it’s bound to be answered somewhere in those half-million words. All you have to do is type a key phrase into the search button and you’ll find your answer.

Along the way, I also wrote a book for children, Tillie Lays an Egg, which was published by Scholastic in 2009. Teachers found me. Now classrooms from Alaska to Florida watch the animals live on computers and smart boards. Some use my blog in their curriculum. Just the thought of that makes me smile.

Many of you don’t have chickens but you come anyway. I’ve used my flock as a lens to comment on the wider world. The themes of life, death, friendship, kindness, responsibility, and wonder happen everywhere, including in the coop. For many of you, HenCam has become a window to sanity, a happy oasis to spend a few minutes of your day. The internet can be a harsh place, with vitriolic trolls and people spouting angry opinions. I’ve kept them at bay here at HenCam. It’s been my happy place, too, but I haven’t sugar-coated it. Illness and loss are inevitable, as are the hard decisions that have to be made. I haven’t just written about the facts, I’ve also written about animals that many of you have come to love. You’ve reveled in Lulu’s antics and mourned when Candy died. You’ve celebrated the first flowers of springtime and shivered along with me when it snowed. It’s been great having your company. 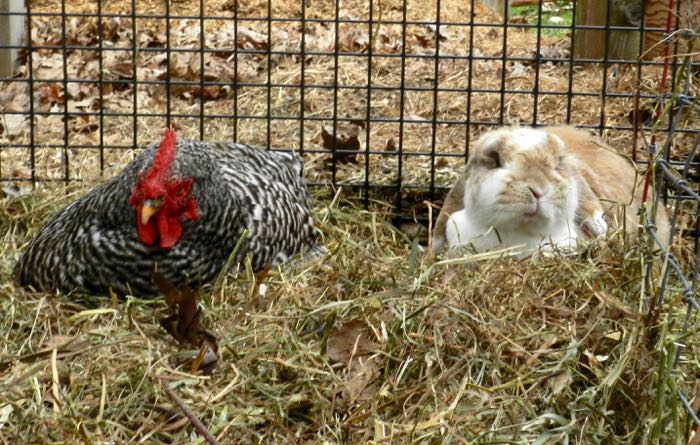 Ten years is an eon in internet time. In that span I haven’t taken a break or swerved from the focus of the my website and blog. But my chickens are only a piece of my life. I have other interests. You’ve seen glimmers of this on the periphery of HenCam. Twenty years ago I discovered the science of behavior, and ten years ago I became good friends with Karen Pryor, one of the first proponents of what is now called “positive reinforcement training.” Last year I went through an intensive half-year dog training course to hone my skills. How I live my life is shaped by this perspective – of breaking down behavior into small, achievable steps and rewarding each success. It is a viewpoint that believes that the good in all of us can be brought out and maximized if only we see and encourage it. It’s a theme that has coursed through the HenBlog – the message is subtle but always there. 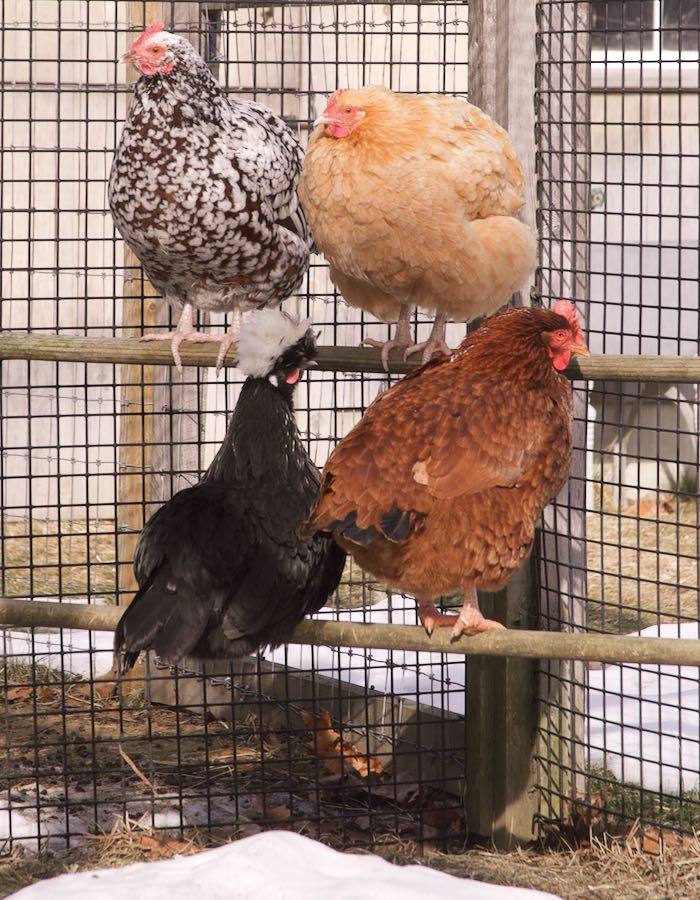 After ten full years of writing about chickens, I’ve said what I’ve wanted to say about these wonderful animals. On this tenth anniversary I am saying goodbye to the HenBlog. I can’t thank you enough for listening to me, encouraging me, and sharing yourselves with me. HenCam won’t disappear. The archives will remain, as will the cams. Steve has figured out a way to keep the cams up in an affordable way so you can still watch the Girls. You’ll see changes in the next few weeks. Hopefully it will all go smoothly! I’m on Facebook and I also post on Instagram. In this world of social media, you’ll still be able to hear news of the Girls and the other animals you’ve become attached to at HenCam.

But, I’m not going away! One part of my life that you’ve had glimpses of is that In the last few years is my love of horses. For awhile they were not in my life, but they’ve always been on my mind and in my heart. I have a university degree in animal science. Through my twenties I was a full-time horsewoman. I left that for food writing. Now I’m back, not only as a horse owner, but also as a professional. 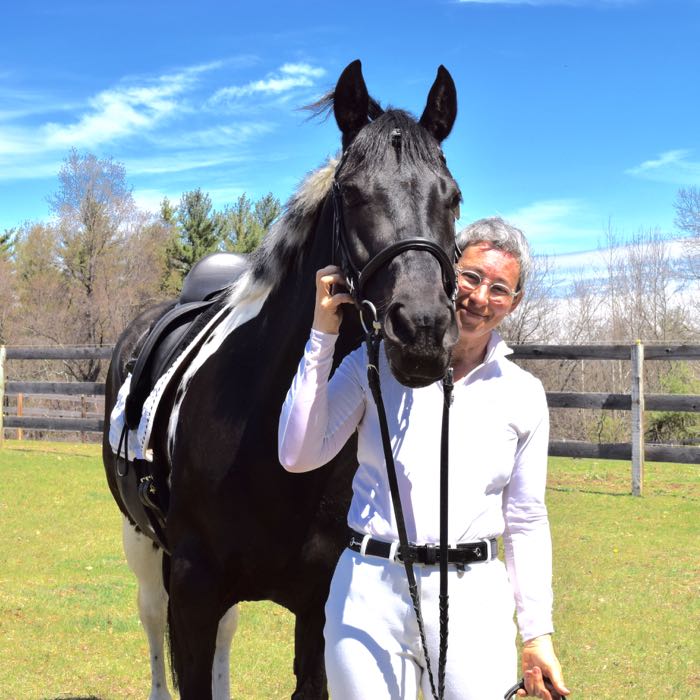 No longer writing the HenBlog will mean that I can turn my full attention to horses. I’m bringing what I now know about the science of behavior and ethology to bear on how I work with these animals. The horse world is in need of a kindness-based, science-backed approach to training. I’ve already taken on a few students, and I love working directly with people and their horses, but at heart, I’m a writer, and I’m itching to do for horses what I did for chickens. Closing the HenBlog opens up the time to write a new blog at my other website, The Cooperative Horse. I know that many of you who have followed the HenBlog don’t have chickens. I’m hoping that you’ll continue to read my posts at Cooperative Horse. Perhaps some of you that have chickens but don’t have horses will follow the Cooperative Horse blog, too. I hope to see you there.