I’ve done well over a hundred school visits, lectures, and workshops about chickens. The first question that I get is not Why did the chicken cross the road? or even Which came first, the chicken or the egg? I often have a hen with me, and the most obvious thing about that bird, the thing that seems to make no sense at all, is the comb. What’s it for? is asked by children and adults alike. 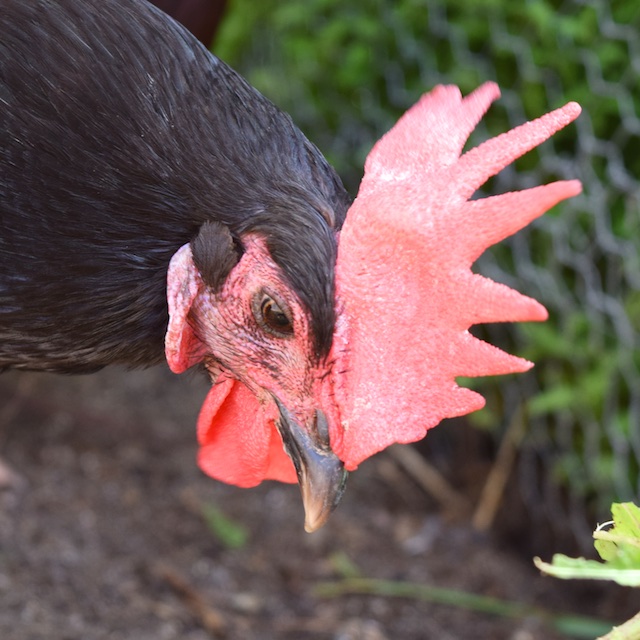 There is no definitive answer. There are a lot of good guesses.

It’s red, it’s fleshy, it’s a sensitive thing and the chicken doesn’t like you touching it.

One theory is that it functions as part of the chicken’s cooling system. Hot blood pulses through the comb, which is then cooled off by air before it circulates back into the body, which is rather like how a rabbit’s long and thin ears help to keep her cool. I have noticed that my hens with the big combs cope with hot weather better than my other breeds, but that might be more about their lean body type and fewer downy feathers, rather than comb size. In the winter, those big combs are susceptible to frostbite and windburn. This is why “cold-hardy” breeds have combs that are close to the head.

Another role that the comb plays is in recognizing individuals among the flock. Back in 1953 a few PhD candidates looked into what physical trait was the one that chickens paid the most attention to when identifying members of the flock. They glued extra feathers on hens, altered the tails, dyed the heads, and changed the combs. Their conclusion was this: Alterations of the comb appeared to be somewhat more effective as a disguise than were any of the other alterations. Personally, I love the use of the term “disguise.” I imagine that if one of my hens were to wear a hat, that she could move about the flock incognito.

Roosters, of course, have the largest combs, and also those red dangly things under their chins called wattles. Research has shown that the wattles help the roo to communicate when he does “the tidbit dance” – which is when he is enticing his girls to come and eat food that he’s found. But, too big wattles put the girls off. Bigger is not always better. 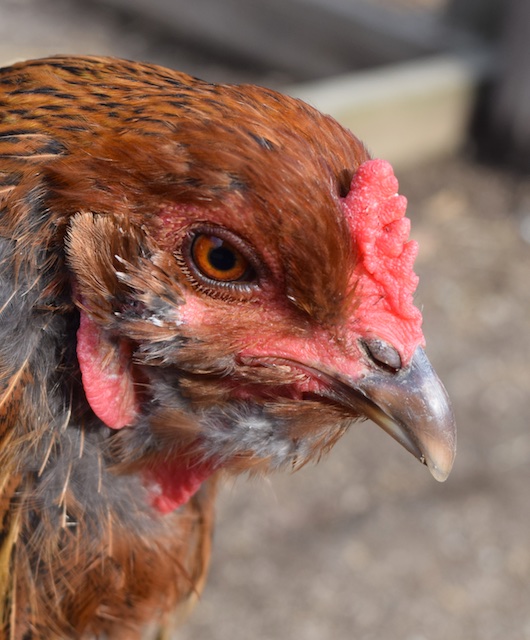 The progenitor of the domestic chicken is the Red Jungle Fowl, found in the steamy undergrowth of the forests of Burma (for an excellent history of the domestication of fowl, read this book.) The jungle fowl had a modestly sized comb. See a photo of a taxidermic rooster here.

Go further back in history to the age of dinosaurs, and you’ll find upright protuberances decorated some of these creatures’ heads. Some crests were bony, but new discoveries show some were fleshy combs. Over millions of years of evolution, some of those dinosaurs morphed into chickens, which kept, among other traits, the combs of their distant ancestors.

If you go to a poultry show, or have a collection of various breeds in your home flock, you’ll notice that there is a huge variation in combs. This has nothing to do with function, but everything to do with fashion. For thousands of years, humans have been breeding chickens to look the way that we want and there is no correlation between style and original purpose. Whatever shape is on your hens (from floppy to low and bumpy) it is one of the best clues to the health of your birds. The comb is often the first indicator of something amiss with your hen. If shriveled or darkened there is certainly an ailment. Chickens are so aware of each other’s combs that the flock might see the problem before you do. If a hen who’s been getting along fine with everyone suddenly has blood on her comb from pecking, I immediately check the status of her health. Sometimes the Spa Treatment makes things right, but sometimes it’s a sign of something very wrong, indeed. 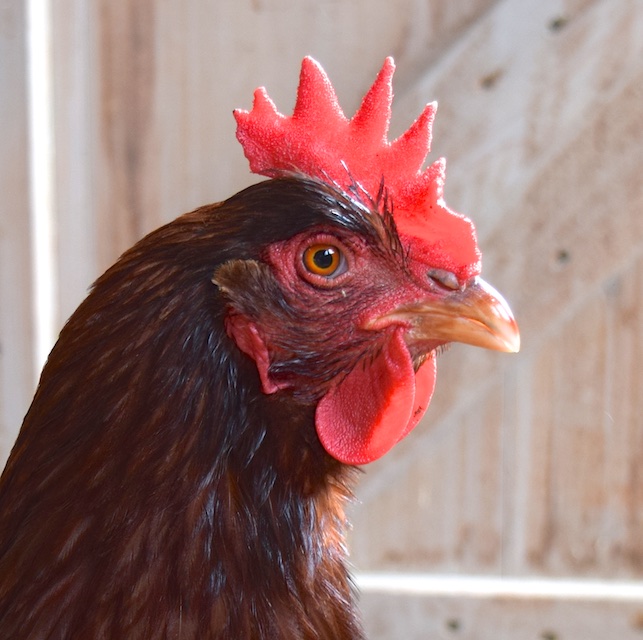 For many years I had a preference for the classic-looking upright comb with about five lobes. The Wyandotte’s pea comb never looked right to me, and the Polish, with no comb, but instead the pouffy feathered hat, looked ridiculous. Lately, though, I am partial to the extravagant combs on Misty and Twiggy. Do you have a favorite comb style? 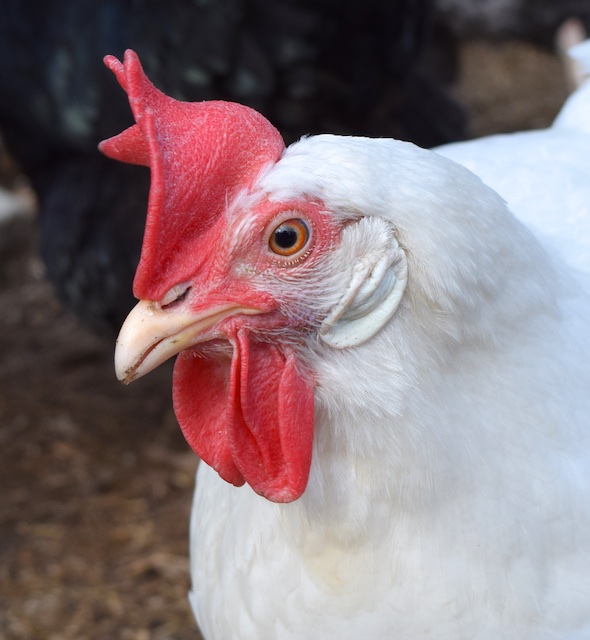 Just a reminder – if you like this blog, please share it with friends and on social media. My readers sustain this site, and the larger community that I have, the more resources I can put into the HenCam. Thanks!