This past winter, what with the snow and the day-after-day freezing temperatures, I fielded numerous queries about feather pecking, hen-on-hen aggression and red butts. My flock was not immune. The girls were inside for longer stretches than usual, and although my coops are generous in size, the hens saw too much of each other.  The usable space in the outside run shrunk to standing room only between towering piles of snow. Communal social activities, like dust  bathing in the sun, were limited to a tub, which was not as inviting, and certainly not the relief that a thorough group dust bath in the summer can be. You know how it is. Imagine a class of kindergartners who all get along well enough. They’re active and busy and supervised. At recess, they run outside and distance themselves from each other with individual, energetic activities. Now, take those same children and confine them in the classroom. Close the windows and shrink the room by half. How will those tots behave? That’s what happened to our flocks.

Over the long winter, Nancy Drew and Beulah pecked each other’s neck feathers out. Veronica offered up her neck for picking, so that it was plucked bare. Owly encouraged the other hens to eat the feathers at the base of her tail, so that they became shredded. I did what I could. The girls got greens to eat, extra roosts out of the muck and snow, and hard winter squashes to peck at. Still, by the end of the winter they were a motley crew. (Of course, there are always exceptions. Twiggy took no part in this mayhem, and remained as sleekly feathered as always.)

Now that the snow has melted, the hens once again have plenty of space in their yard. They get out a few times a week to free-range, and so their diet has become varied with bugs and dirt and growing things. As I expected, the feather pecking has subsided.

The two Red Stars, Nancy Drew and Beulah, have stopped plucking feathers off of their flock mates. 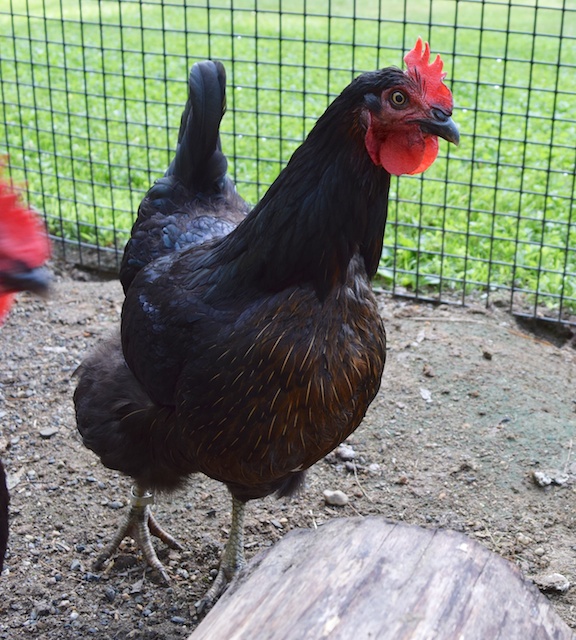 Veronica’s neck is barely visible through her feathers. 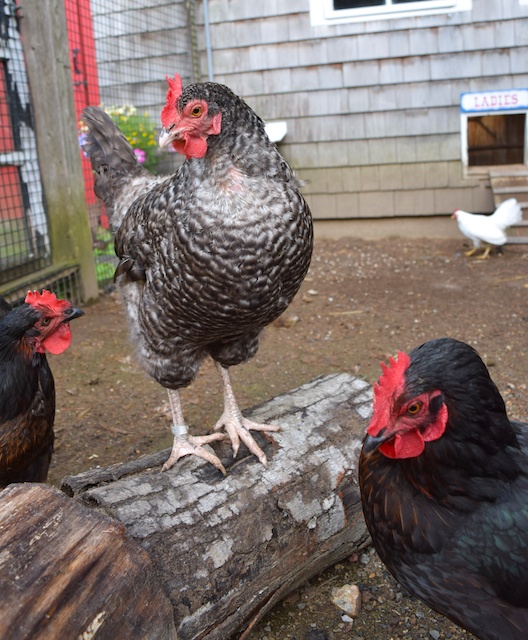 Owly will continue to look moth-eaten until she molts and grows new feathers. But there are no bare red patches of skin, so  we all ignore it. We have better things to do. 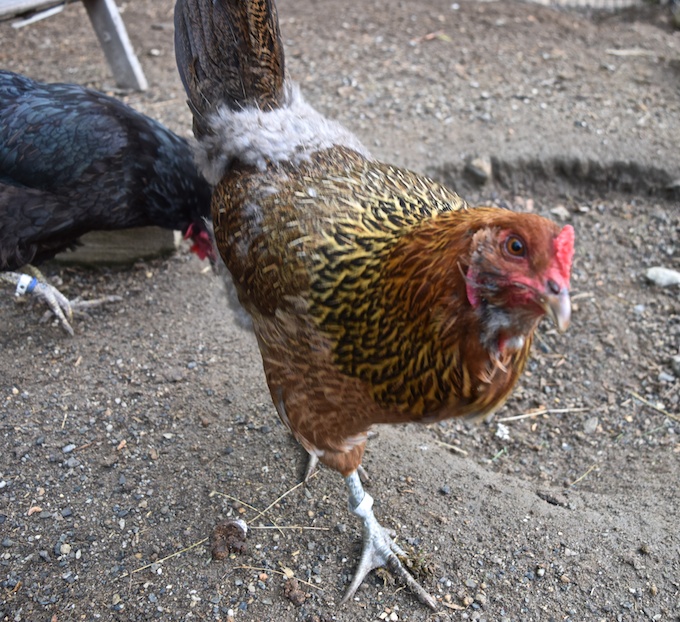