Topaz is a Buff Orpington. She is persistently broody. I’ve lost track of how long she’s been planted in the nesting box. I broke her of the broodiness once already by putting her in the anti-broody house, where she had food and water and nothing else. It bored her. It made her angry (well, all broodies look irate) and, most importantly, it cooled off her body temperature. 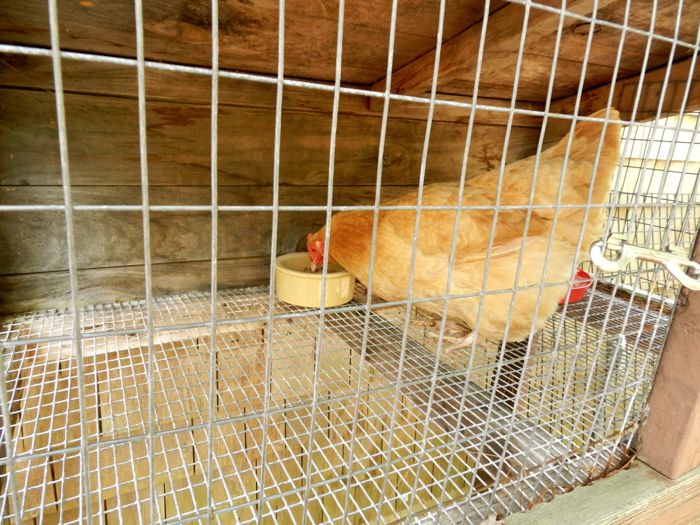 That lasted for 3 days and then she went right back into the nesting box. 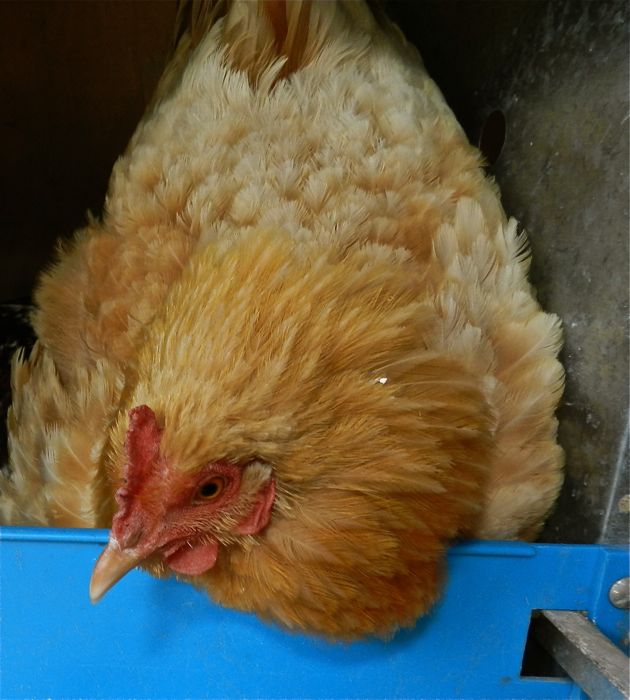 When I toss her out of the box she goes into the classic broody huffy fit. (Imagine an agitated staccato clucking soundtrack with this photo and you begin to get the idea.) 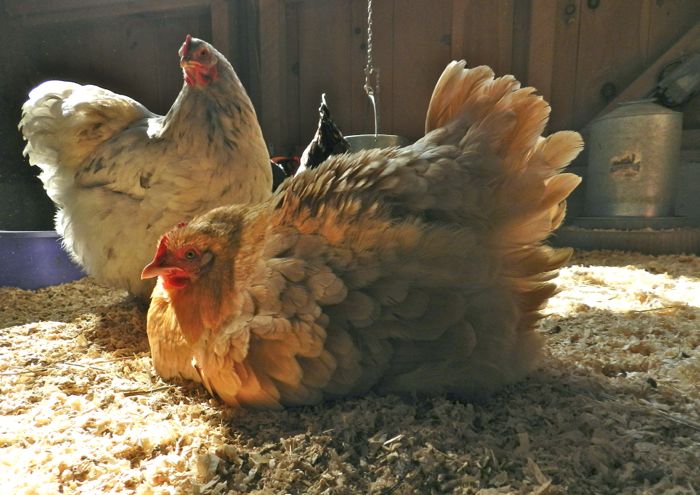 A broody hen doesn’t lay eggs. No one likes having them around. I’d had it. I’d read, somewhere, that if you cool off a brooy’s butt that it will break the cycle. I confess to taking a hose to Topaz’s bottom yesterday. It was a hot day. It’s not like she was going to catch a chill. Orps have more fluffy feathers than you can imagine back there. It took quite awhile to give her a good soaking.

She was surprised by her wet feathers. 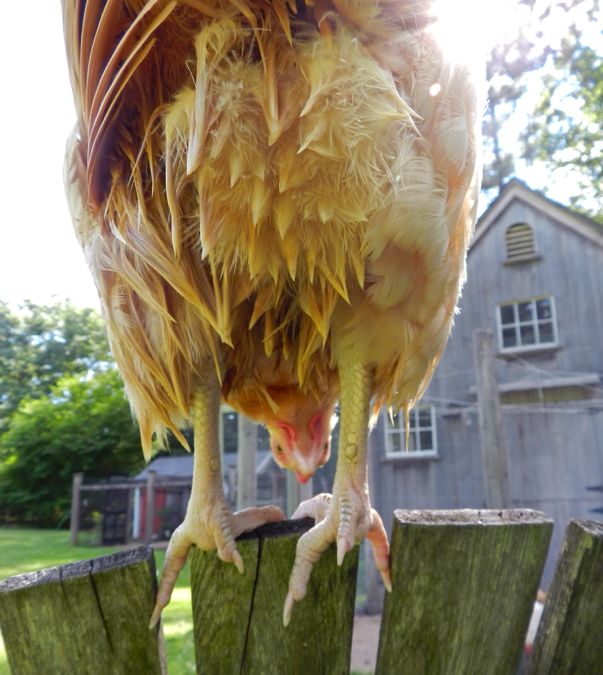 Topas looked once again like a normal (i.e. not a deranged broody) hen. 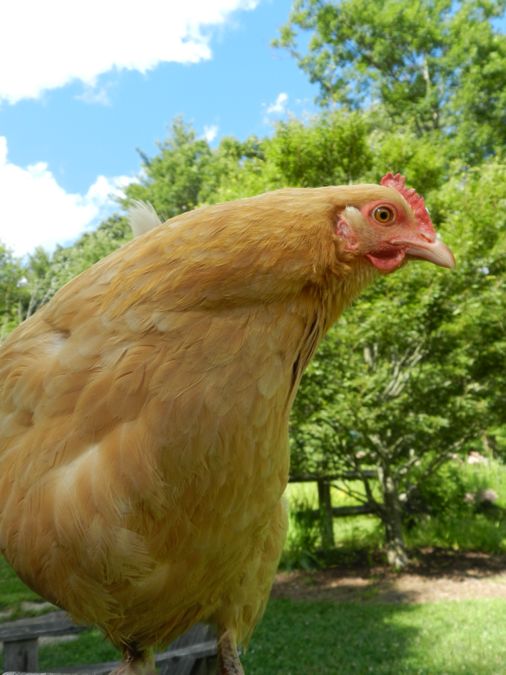 Topaz joined the other girls who where enjoying an outing in the yard.

But when they all came in, Topaz went right back into the nesting box. 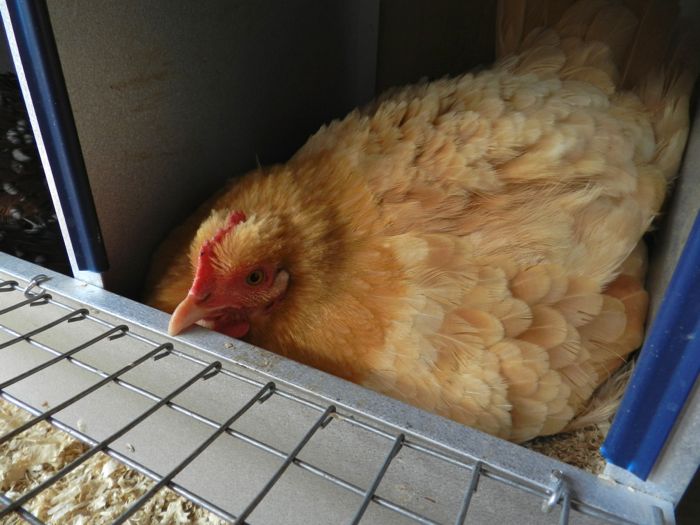 I give up. I don’t want to hatch eggs this summer. But if you do, let me know. I’ve got the perfect broody hen for you.

Twinkydink hatched in the early spring of 2005. She is really, really old. 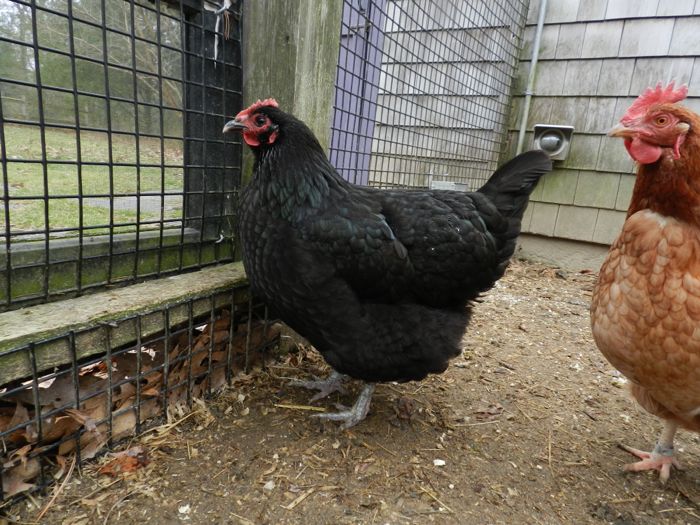 I can’t remember the last time she laid an egg.

But, the other day she spent a long morning in the nesting box. And when she came out, this was there. 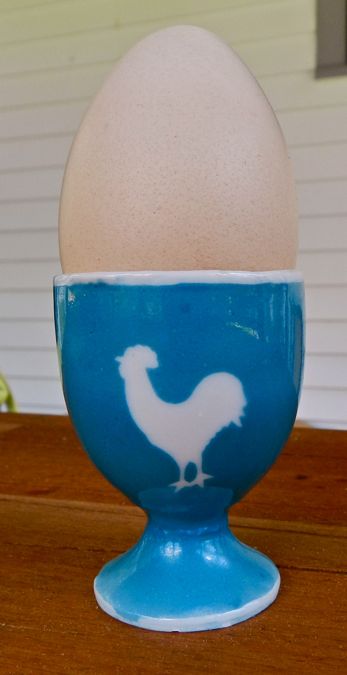 It’s a funny, pointy, triangularly shaped egg. If there was a senior olympics for hens, she just won the gold.

In the 1880s cigarettes began to be sold in boxes. A piece of cardboard was inserted into the package to keep it stiff. Even back then admen were looking to cover every surface with marketing, and so the cigarette card was born. The cards were printed in large sets and people avidly collected them. People still do. I own a set of poultry cards. They’re tiny things, just 1 1/2 inches by 2 3/4 inches. 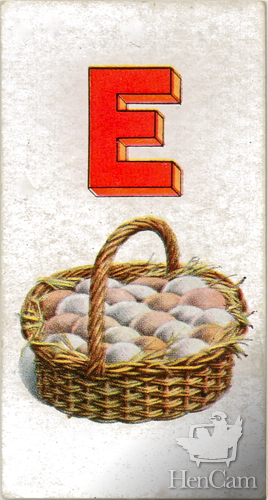 As much as I enjoy the bright graphics, what I really like are the poems on the back. Most are oddly worded and sort of, kind of rhyme. Looking at this card, you’d think that “E is for Eggs” but it’s not. Read the back. “E is for Eating.” I quite agree! 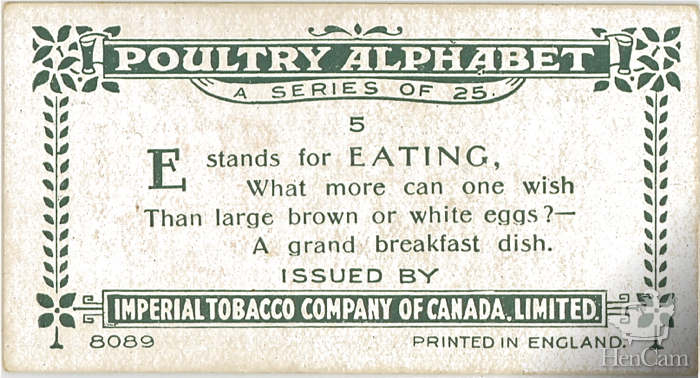 Today’s post about Agnes and end of life decisions was difficult, serious, important. Sad. It took me a long time to put into words what  I needed to say. I appreciate all of your support, both for the loss, and for my writing about a topic that is hard to get down and hard to get right.

My blog is just a small window into what goes on in my backyard. The thing about sharing my life with animals and having a garden, is that there is so much complexity in this small place that I live, that there might be sadness in one corner, but when I turn my head, there is something else to see that is beautiful and soul-satisfying.

And then there are the goats. So far, the goats have been nothing but sheer, hilarious fun. I’m sure there will be difficult days with the boys, too. Someday. But not today. This photo was taken this afternoon. 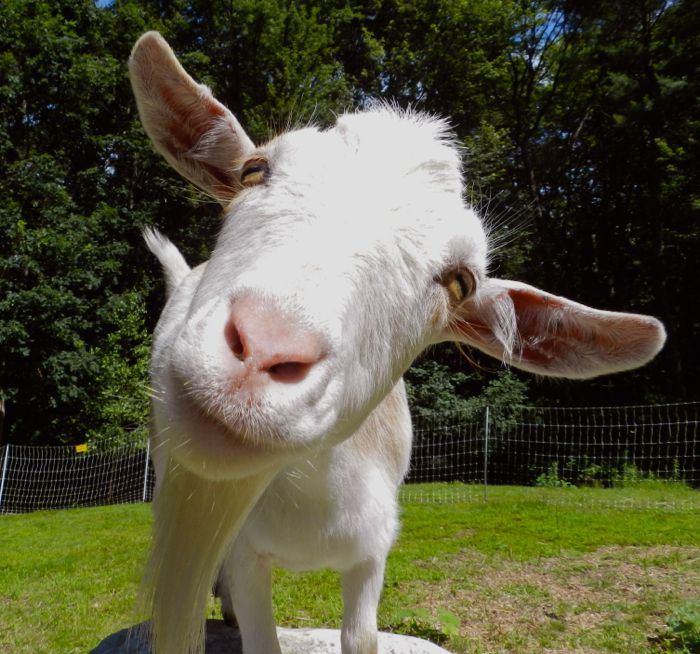 No one can wallow in their sorrows when one has goats to spend time with. 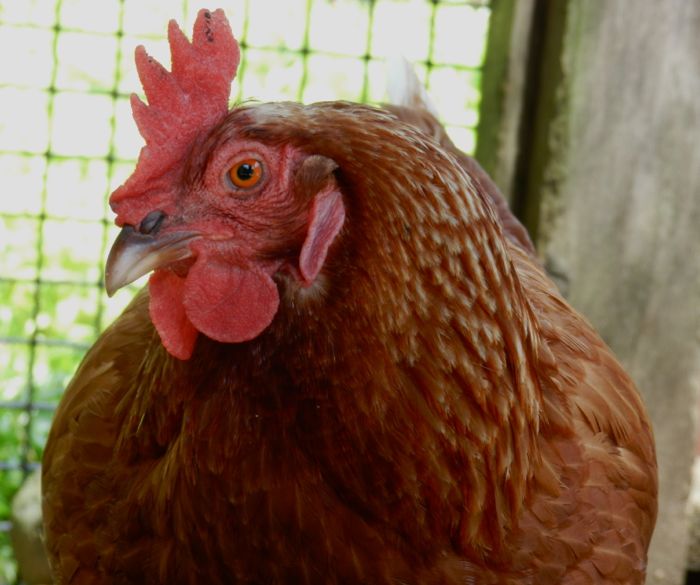