I know that I haven’t posted much about Tonka recently, but I’ve been thinking big thoughts about horses, relationships and training, and I’ve needed to let my ponderings stew and become coherent before committing them to words on this blog. At the end of October I moved Tonka to a stable a half-hour drive from my home. It’s well worth the time spent in the car. Tonka is now getting hay four times a day, which keeps his belly full, which is essential for both health and mental well-being. He is turned out all day in a paddock with one other horse, a beautiful grey mare named Maggie. 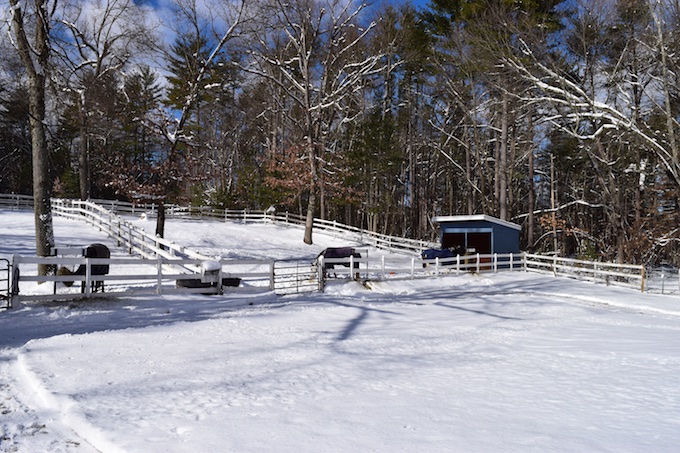 He says that she’s okay, but bossy, and that she claims the best hay rack. Since there’s always enough hay for both of them, he defers to her. He’s a peaceful guy. Here is Tonka coming to say hello. Note that one ear is on me, and one ear is watching out for what Maggie is going to do next. She’s just told him that this hay is her hay. She might be in love, but that does’t include sharing. 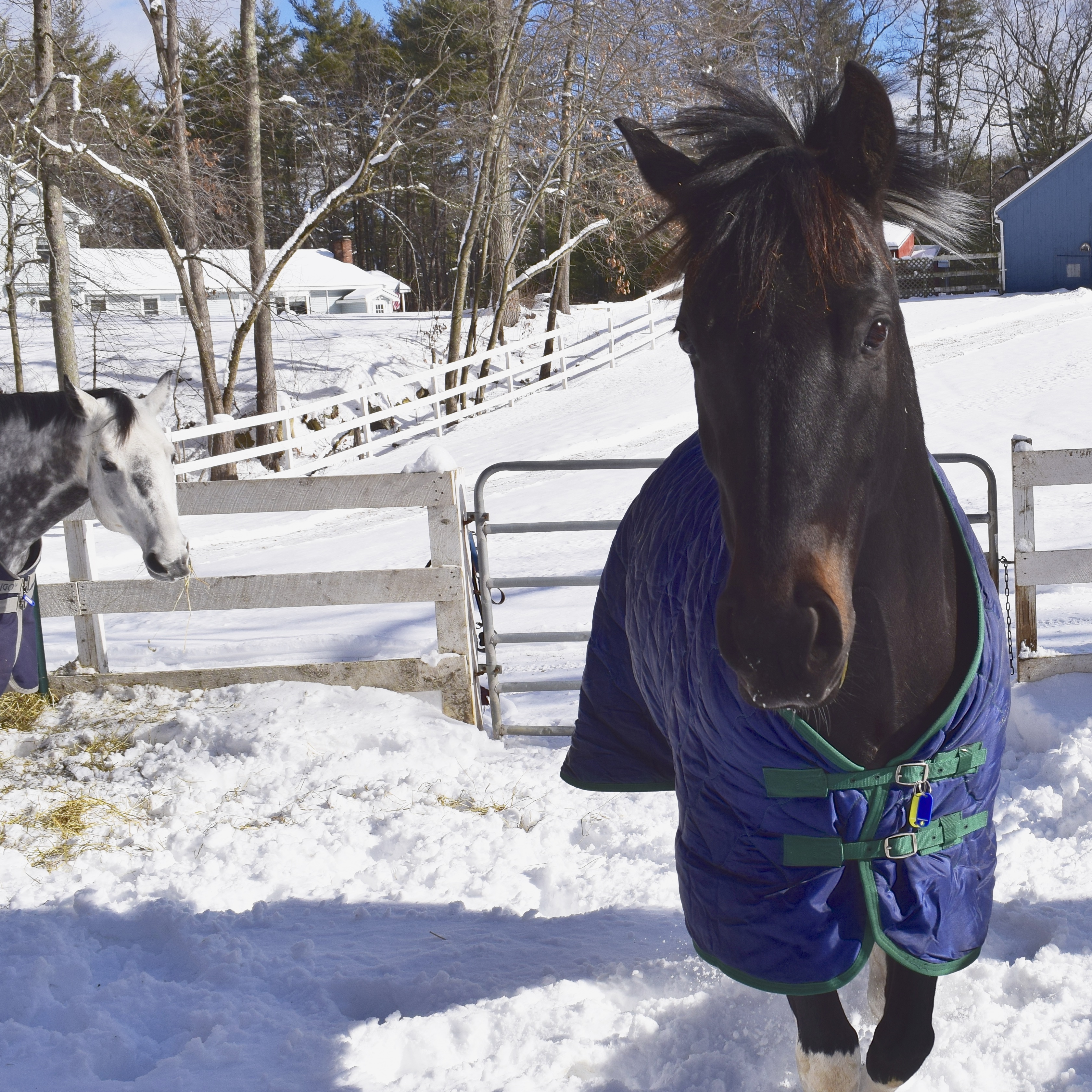 There’s ice under the snow. Although Tonka has studs on his front shoes, which give him traction on slippery ground, his back feet are bare. He’s standing, braced. 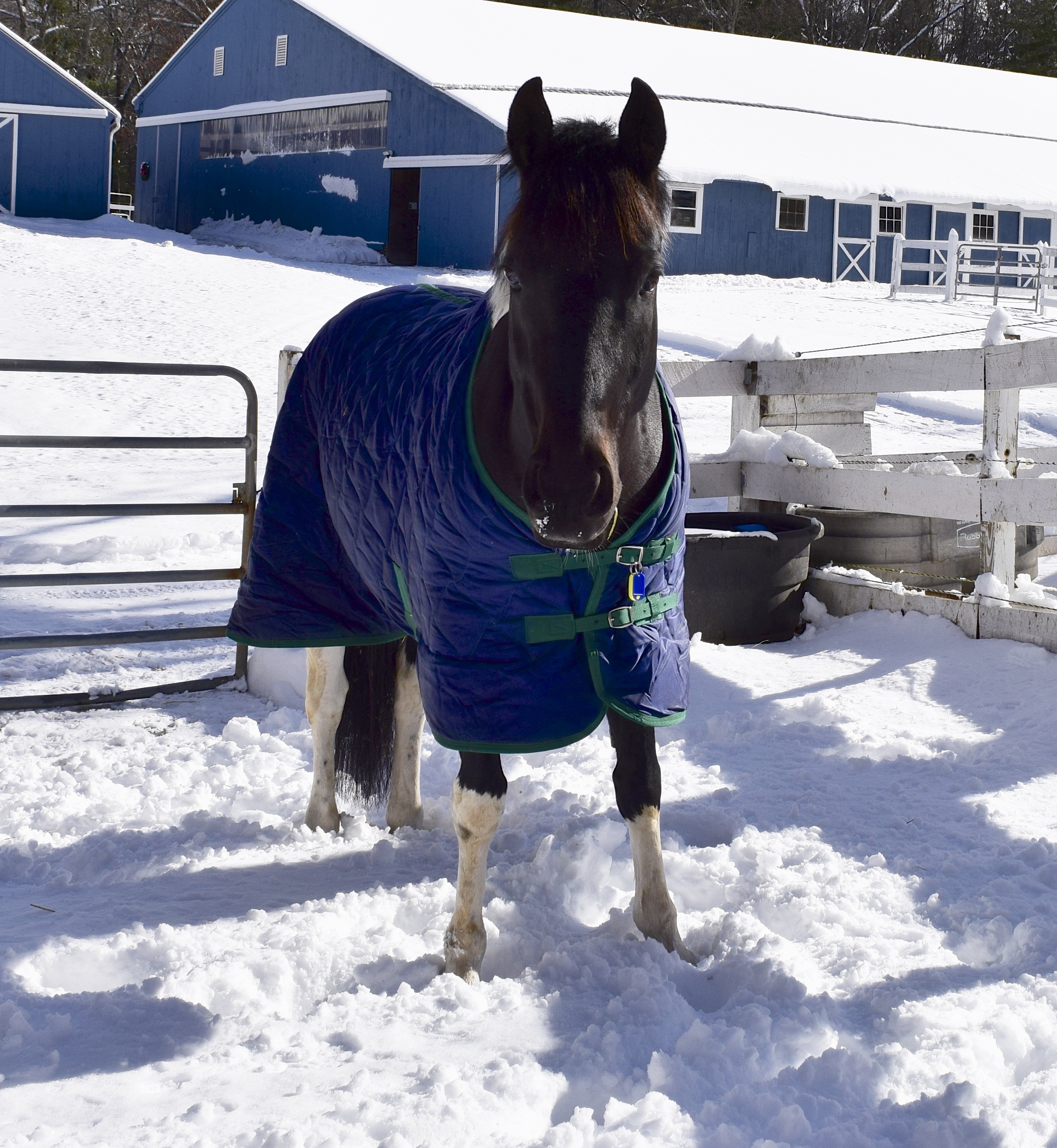 He’s outside, but not able to move freely, so I led him to the indoor, and let him loose. I left the blanket on, because I’d be riding soon, and I didn’t want his back to get cold before putting on his saddle.

Tonk said that it felt good to stretch his legs. 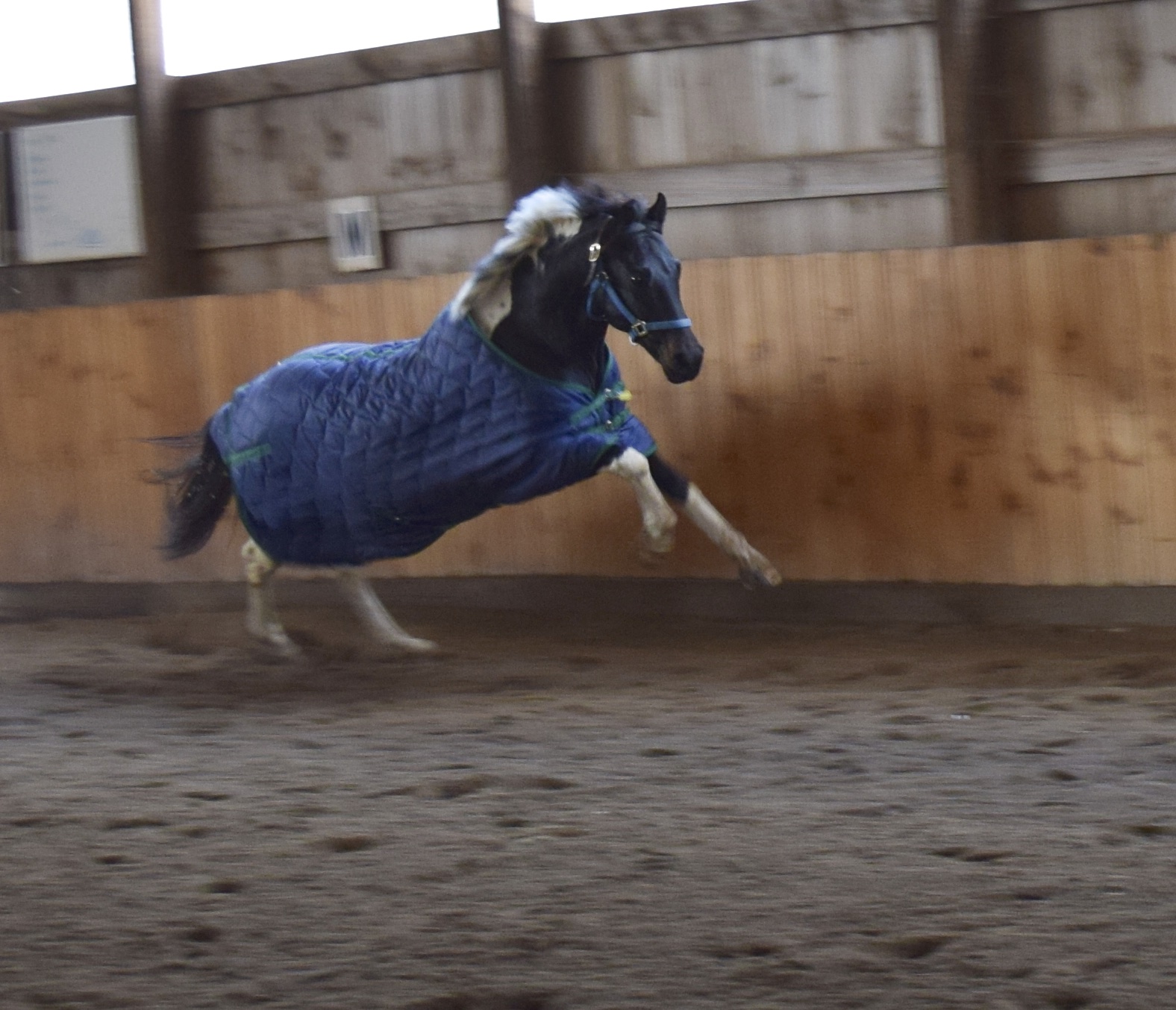 But, he’s ever so sane. No mad galloping. A bit of cantering. 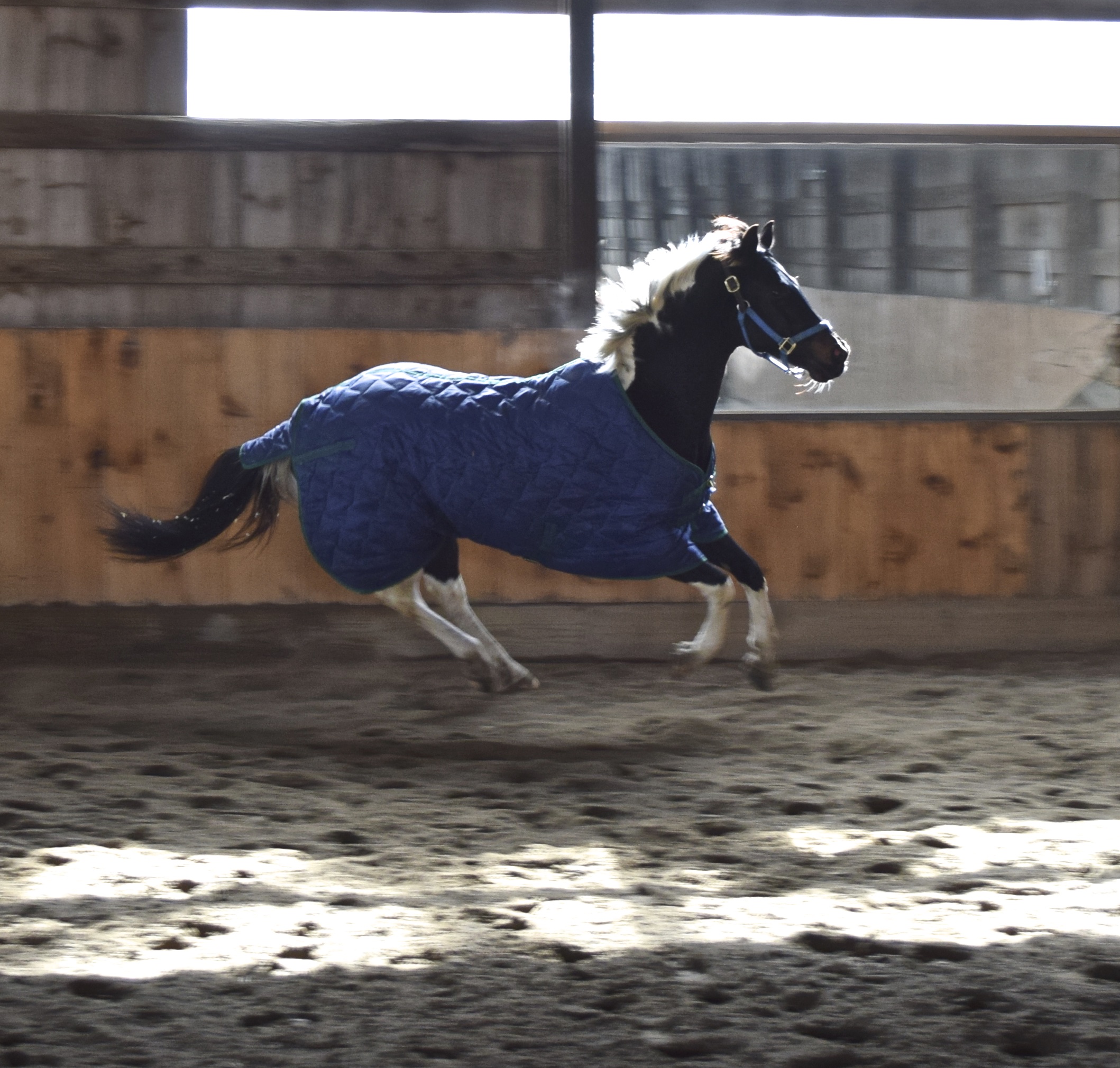 Some trotting and snorting to clear the lungs. 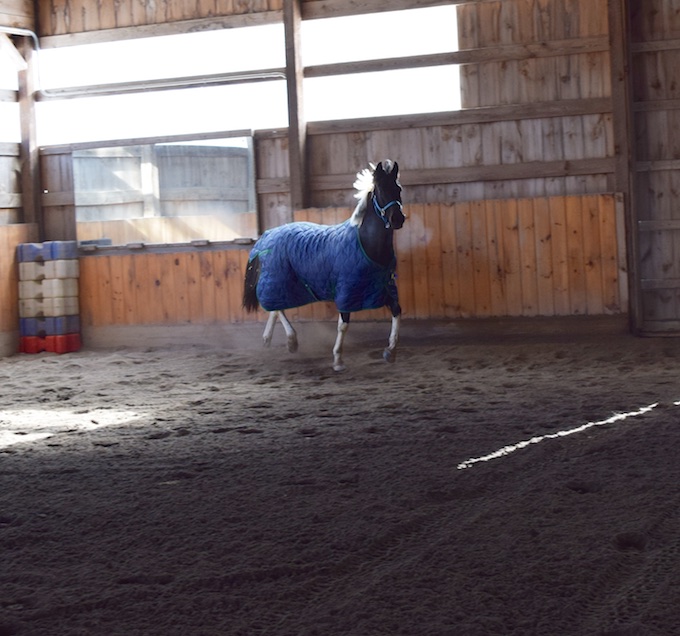 Some fancy trotting down the long side. 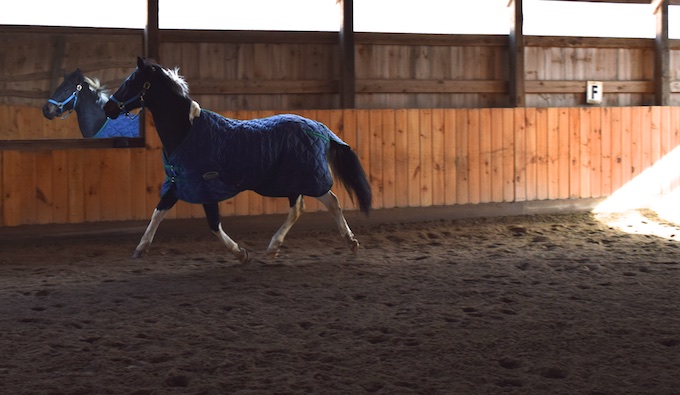 And always, my beautiful horse has a kind eye turned to me. 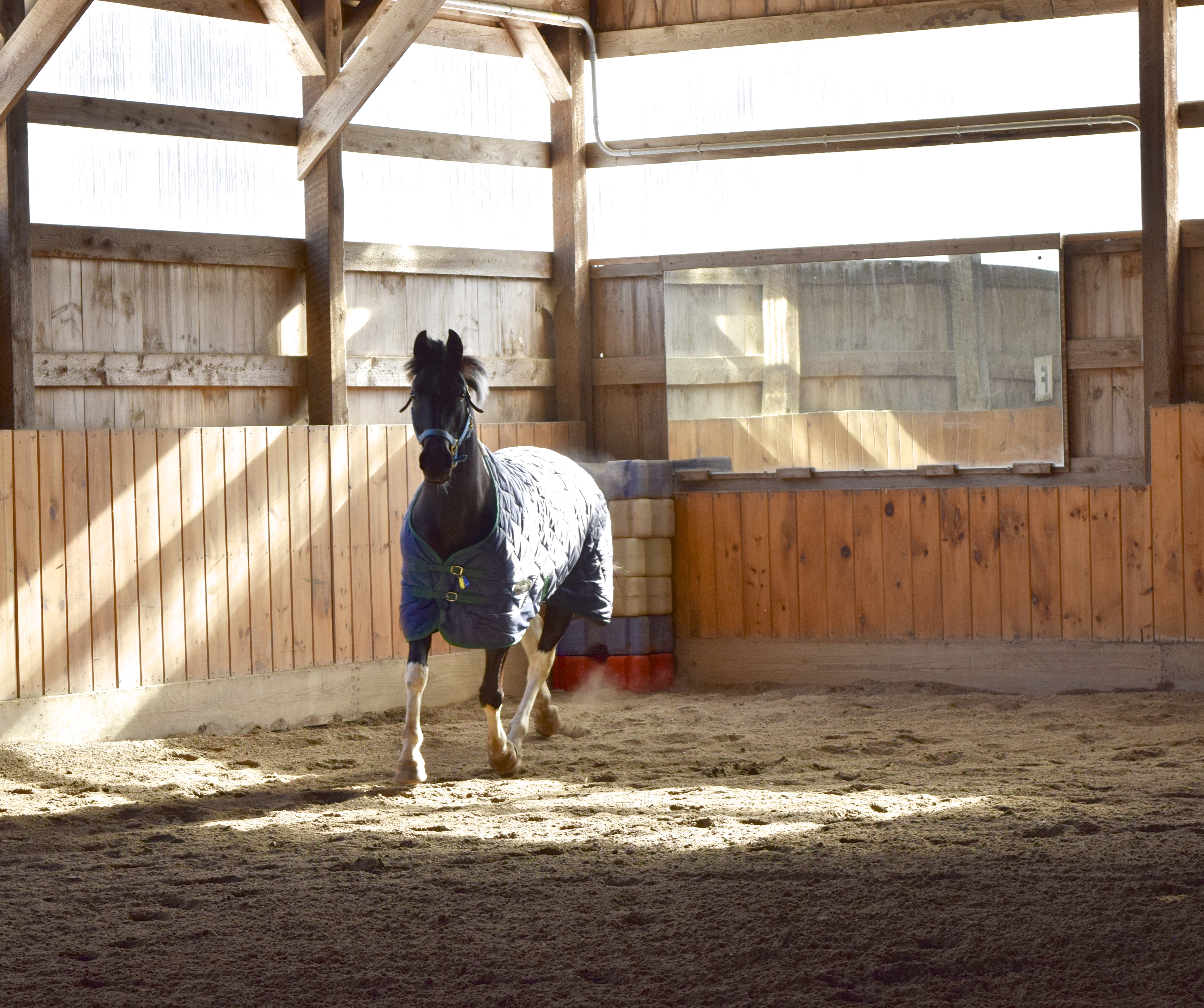 Like Maggie, I’m madly in love with Tonka, but unlike her, I share, and he knows it.