I’ve been putting a lot of thought, time, and careful work into my relationship with Tonka. He arrived at the beginning of December but it took more than a month before he showed any signs that my attention meant something to him. I’m consistent in my behavior, kind and quiet in my actions, and I reward him for his cooperation. I balance the challenging training work in the ring with relaxed trail rides. I hand graze him. I brush him. I tell him that he is a good boy. (He likes this very much. The best horses are arrogant.) Now, when he sees me coming towards his paddock, he lifts his head. He comes to the gate. When I groom him, he stands in a calm contentment. When I ride him, he pays attention and tries to understand what I’m asking him to do. Tonka has decided that I’m his person.

I’m sure that’s what’s going on in this photograph, too. The woman is relaxed. She’s so confident in her horse that she hasn’t even picked up the reins. Her horse is turning around, checking on her. His ears are forward in a way that shows he’s eager but not fearful. He’s ready to go, but he’s waiting for her say so. A horse and person partnership beautiful thing. 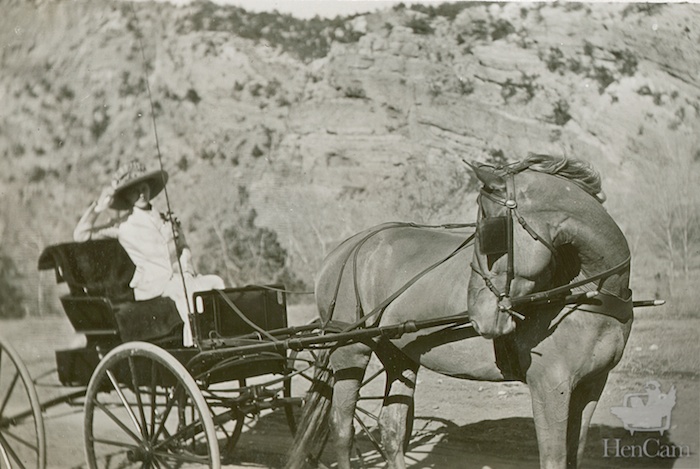