This postcard was printed in 1908. The image was taken by a photographer who worked out of Chinook, Montana. Chas. E. Morris documented real people and their lives out West. At the turn of the twentieth century, when women were restricted by ideas of “women’s work” (and by their corsets),  by necessity many women on ranches were riding hard alongside of the men. They wore split skirts, or even pants. As you can see in this photograph, they had gun belts slung low on their waists, and ropes looped onto their saddles. 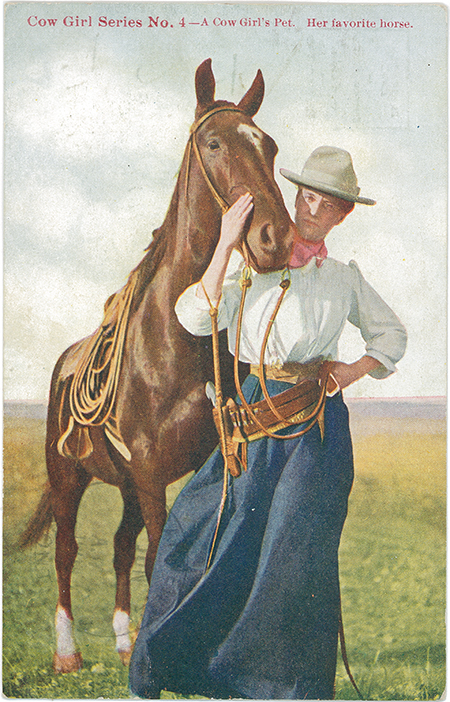 What I love the most about this photograph is the determination and aura of purpose of both horse and rider. And yet, look at that soft touch of the cow girl’s hand on her horse’s muzzle. Then, read the caption, “A Cow Girl’s Pet.”  Pet! Think about that use of the word in the context of this animal and human working partnership. “Pet” doesn’t have to be defined as indulged, spoiled, or (the term that sets my teeth on edge) fur-baby. (A baby being a helpless creature that needs coddling.) Rather, a pet can be an independent being, yet one that is an integral part of our lives.

Tonka doesn’t have job as a roping cowpony (which is what he was bred to do) but just look at his face. This is a horse who has a calm sense of self worth and confidence in his human. It’s a relationship that I never take for granted. It requires thought and nurturing, but doesn’t everything that’s worthwhile? 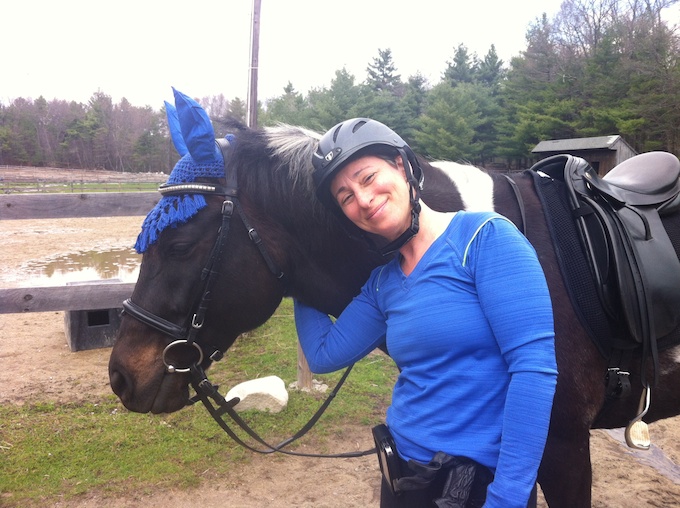 A Cow Girl’s Pet captures the cooperative and affectionate nature of the best of animal and human relationships, and so I’m making it available through my store as a card. What’s the story of a person that you’d send it to?