Last summer, for the first time, I grew Black Turtle Beans. The plants looked just like climbing green beans. It took willpower to let the pods dry out on the vines, but after the leaves shriveled, there was something beautiful about the muted colors and spotted husks. 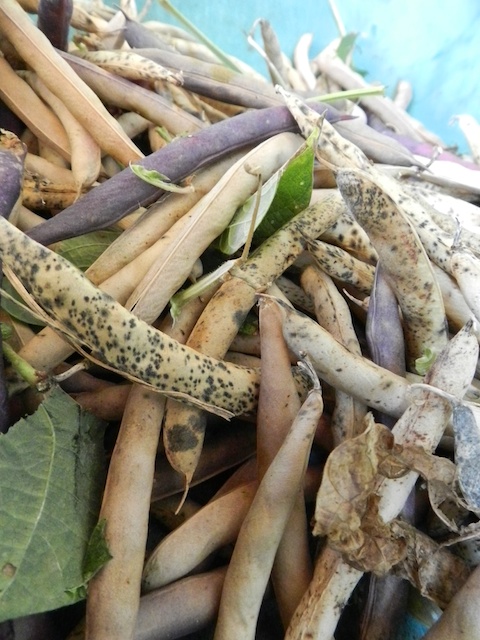 It was a chore to shell the beans, but they they felt wonderfully silky in my hands, and the plink-plink as the beans dropped into the bowl rewarded my efforts. They were the most beautiful beans I had ever seen. 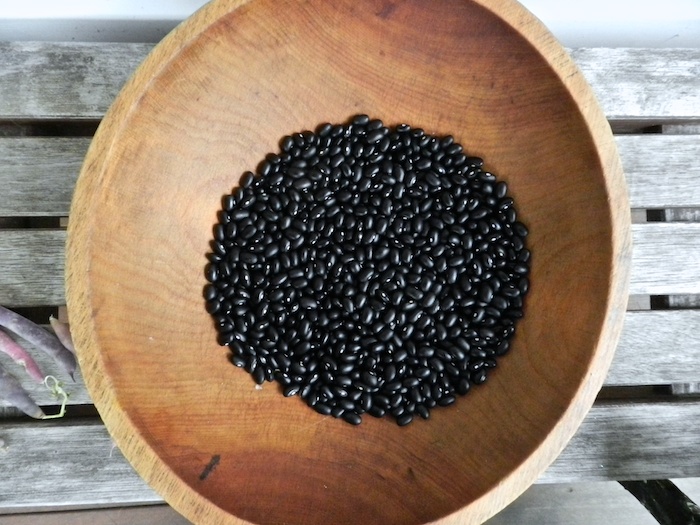 The harvest from an entire tower of bean plants filled only half of a quart jar. 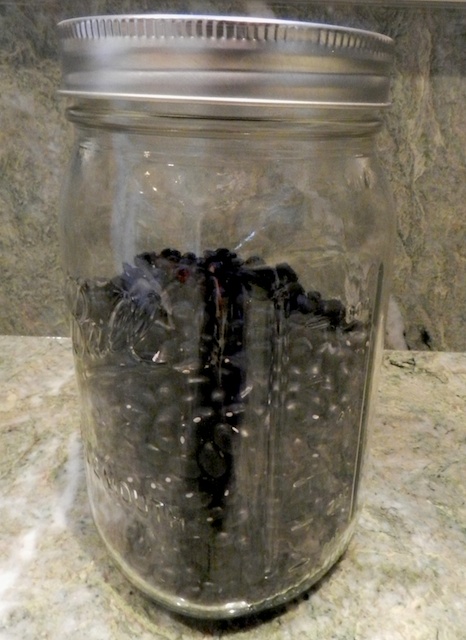 I put them into the pantry, waiting for the right day in the winter to make soup. Certainly, this week of polar freeze, ice and snow qualified! I didn’t need much: onion, garlic, carrots, parsley, broth, spices and one smoked ham hock. I’ve yet to find a local source for the hock, so I bought a Wellshire Farms product at Whole Foods because Wellshire Farms has decent animal husbandry standards, and besides, their ham hock is delicious. Since the ham hock is the predominant flavor in this soup, it does make a difference to buy the best one that you can. 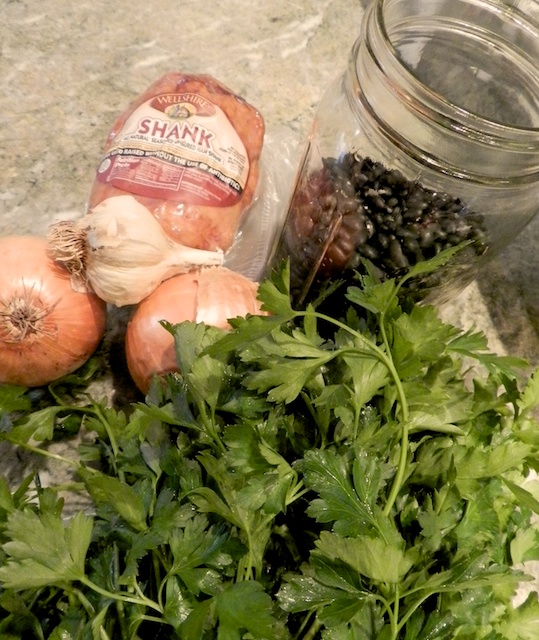 Although dried beans look like they last forever, the truth is that age takes its toll. Older beans take longer to cook and have a grittier texture. Dried beans usually require and overnight soaking, but since my black beans were only four months from harvest, I didn’t bother. I pulled out my slow cooker; the beans would be just right after a day in the crockpot. You don’t need a fancy slow cooker. An inexpensive model works fine.

I started the soup by pouring oil into the crockpot so that it covered the bottom by a thin layer. I added chopped onions and covered the pot. This cooked on high, and developed flavor, while I prepped the remaining ingredients. Next in were diced carrots and a few garlic cloves, minced.

Beans bought from the supermarket are harvested using huge machines. Dirt and rocks get scooped up. Threshing, also by machine, separates the beans from the husks, and sifts out dirt, but not all pebbles are found and discarded before packaging. So dried bean recipes call for giving them a good washing and look over. Because I plucked my beans off of the vines, I knew that no rocks were lurking. However, I did immerse the beans in a bowl of water. Bad beans, and bits of husk, floated to the surface, which I skimmed off. I then gave the beans a quick drain in a colander and tossed them into the slow cooker. I poured in two boxes of organic chicken broth, stirred in two teaspoons of ground cumin and a touch of a hot pepper flakes (grown by my friends at Sweet Autumn Farm) and tucked in the ham hock. I didn’t add salt because I didn’t know how salty the hock was. As it turned out, no additional salt was needed. I covered the slow cooker and walked away.

Six hours later, I had soup, and it was very, very good.

I ladled it into a bowl, added some bits of meat cut off of the hock, dolloped on some sour cream, and generously garnished with minced fresh flat leaf parsley. 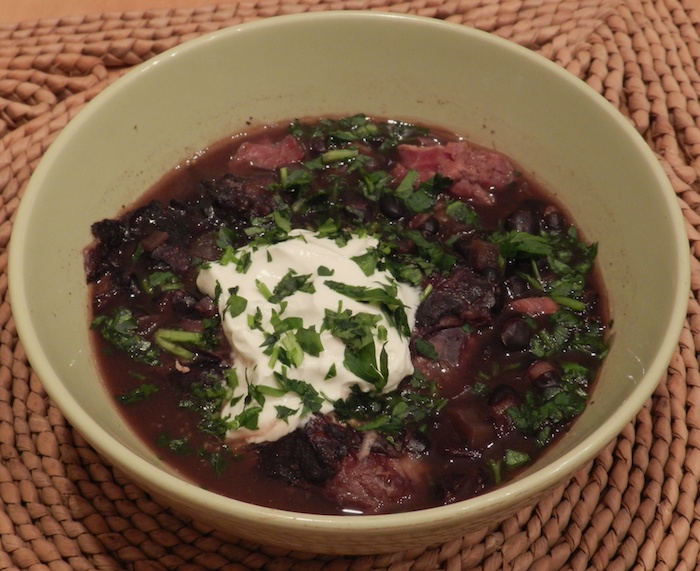 When I woke up this morning it was 15°F. I know what I’m having for lunch.