On Monday, after a long drive down from Maine, Tonka arrived at the barn as calm as he was when he stepped into the horse trailer four hours before. (Tonka is a sane gelding, but it really helped that my friend Cindy drove in her steady and safe way.) When we unloaded Tonka, it was foggy and cold, and darkness was closing in. He looked around, head high. I walked Tonka to his paddock and turnout shed, gave him a pat, and said good-night. Right away he started in on the hay that had been set out for him.

Karin, the barn manager, is an old hand at introducing new horses to Little Brook Farm. She’d already decided that Merlin, a sweet Standardbred gelding, would be Tonka’s pasture buddy. She put Merlin into the paddock next to Tonka. They spent the day getting familiar with each other over the fence. Typical of these two guys, there were no hysterics or squealing. They surreptitiously glanced at each other over the course of the day. All was going so well that the next day we set out several piles of hay in the field, and put the two horses together.

They said hello in the polite horsey way of sniffing noses. Merlin turned his tail to Tonka and gave a half-hearted hind-leg kick that missed by a couple of feet. 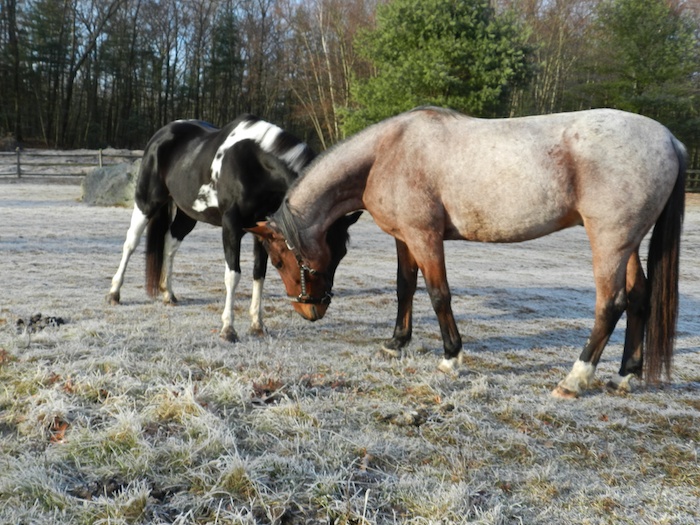 They each chose a pile of hay to eat. 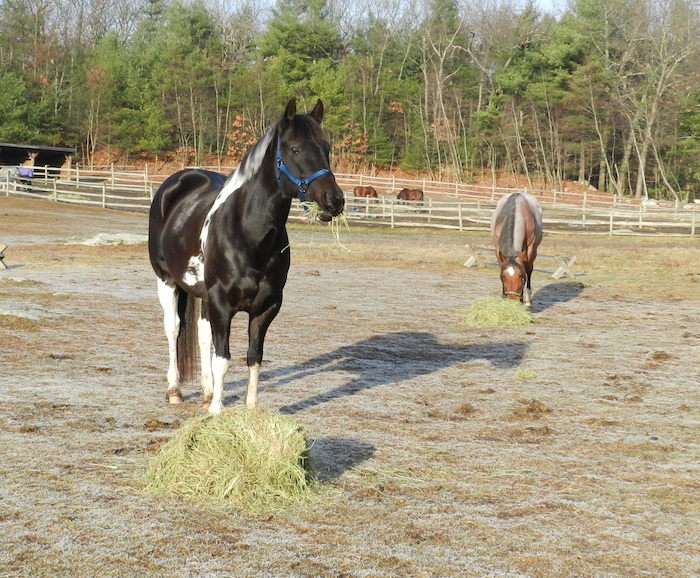 Tonka did glance over a few times to make sure that his breakfast wasn’t being challenged. It wasn’t. 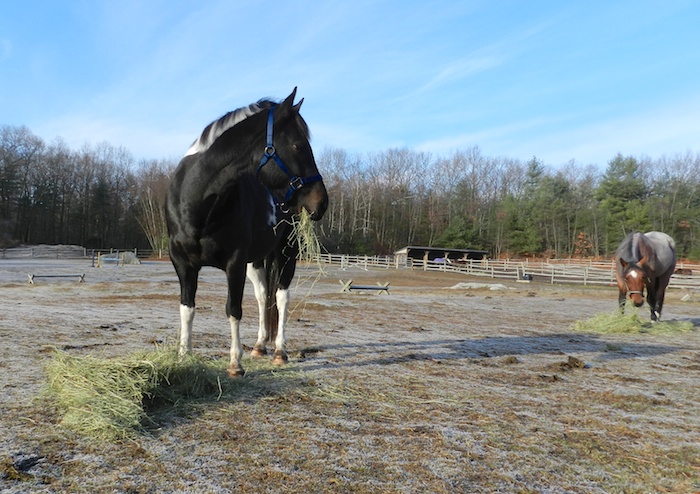 And that was that.

Although Tonka is settled right in and ready to be ridden, I have to find a saddle to fit him first. It’s been a challenge. One reason I wanted a horse only slightly bigger than a pony is because it’s easier on my shoulder and back to lift a saddle onto him. Today I tacked him up four times, and I did appreciate his compact size! Tonka is getting a tad tired of me putting saddles on and taking them off. I also have been looking for a bit that suits him, so right now I don’t even have a usable bridle. I’ve been using a halter and lead rope while trying out saddles. He’s been a total gentleman about it.

Tonka isn’t the biggest mover. He’ll never make it as a fancy dressage horse, (which is the sort of riding that I’ve trained to do) but that’s okay. At this point in my life, I wanted a horse with a kind eye. And that’s exactly what I got. 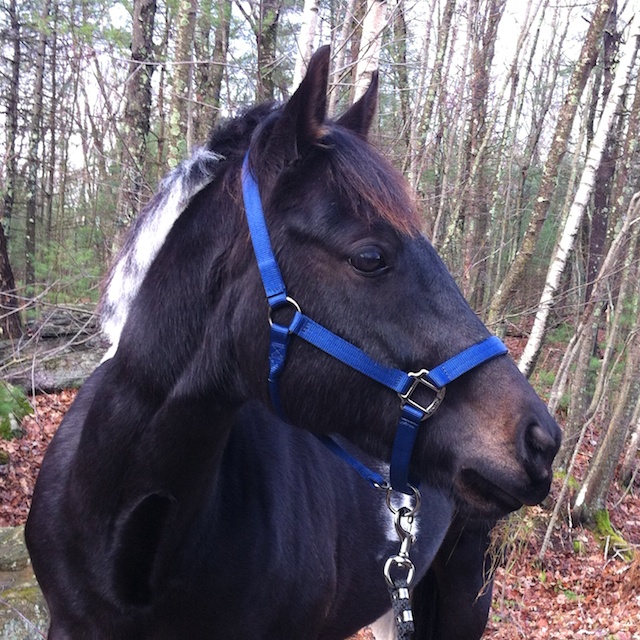