This is a story that I wrote. It’s meant to be a picture book but it hasn’t found a home with a publisher, so I am sharing it here. 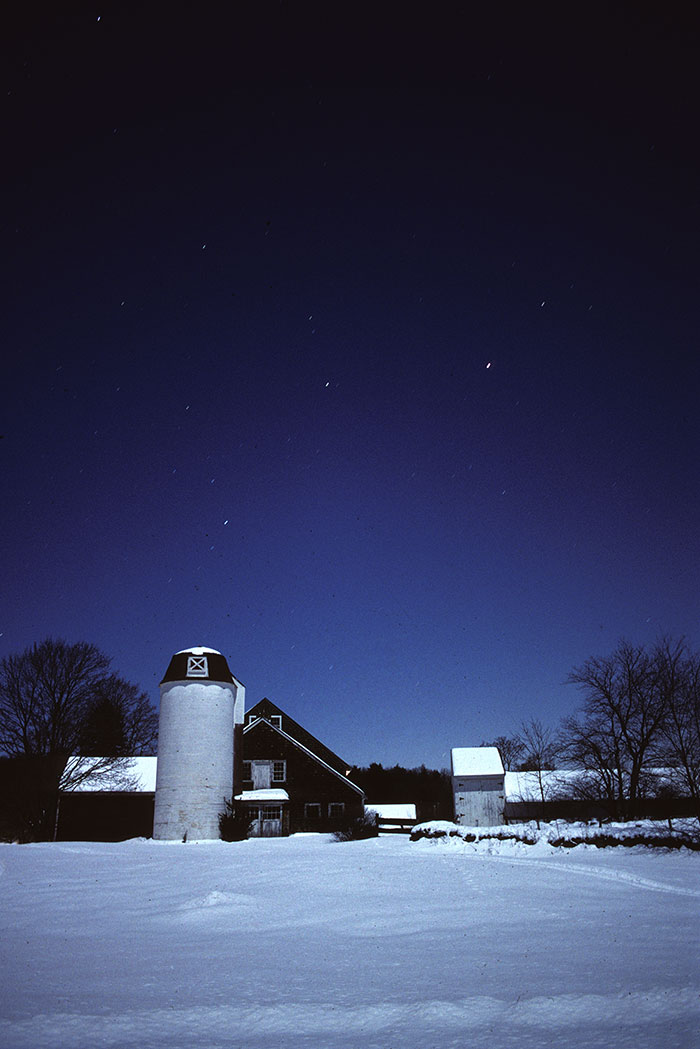 The Night the Animals Talk
by Terry Golson

Yes, yes, says Papa impatiently. It’s Christmas Eve. All the more reason for you to get to bed!

Hannah Rose tries to sleep, but the stars shine brightly through her window. They light a sparkly path to the barn. She wraps her quilt around her and puts her feet into her slippers. She tiptoes to the barn, slides the heavy door open a crack and steps inside.

Well, I’m awake and hungry, says Ginger, the spotted hen, as she hops down off of the roost. Would you be so kind as to give me some corn?

Some for me, too, says Buffy.

A tiny voice squeaks, Drop a little extra for me, please. The mouse’s quivering nose pokes out from its hiding place. Over here, the mouse says, away from the cat.

Oh, says TomTom, I won’t chase you tonight, not on Christmas Eve. He rubs against Hannah Rose’s legs. A scratch behind my ears would be nice, he says in a gravely voice.

Brownie, the old mare, shakes her head. Staying up late has made me hungry. A handful of oats in my bucket will do.

Hannah gets corn for the chickens, hay for the goat, scratches the cat, feeds the horse and tosses a few grains for the mouse.

Thank you, says Brownie. I do like a midnight snack. The horse sighs and lies down in the deep straw of her stall.

Come and warm up next to me, says Brownie.

Hannah Rose curls up on the horse’s round belly, pulling her quilt over her. She soon falls fast asleep.

The sun is just rising in the sky when the barn door rattles opens and startles Hannah Rose awake.

Hannah Rose! says Papa, So here you are! It’s Christmas morning. There are presents under the tree to open!

I heard the animals talk! says Hannah, rubbing her eyes.

They wanted corn and oats and hay. TomTom wanted a scratch and even the mouse asked for food, says Hannah Rose.

Hmmph, says Papa. That’s what they always say. I don’t need to stay up in the dark and cold to hear that.

Of course they did, says Papa. They always do. Each animal says thank you in its own way. TomTom purrs when he’s happy. And haven’t you heard Brownie do that low nicker when she gets her grain? Why, all of the animals thank us.

Now let’s get you back to the house, says Papa. He picks up Hannah Rose and swings her onto his shoulders.

As she leaves the barn she hears TomTom purring, Brownie nicker and the chickens cluck. Daisy bleats meh-meh. Hannah Rose waves good-bye, and as Papa heads for home, she hears the tiny squeak of a tiny mouse.