Asking you what the goats should dress up as for Halloween was the most fun contest I’ve ever run! Selecting a winner wasn’t easy.

The goats would make very good musicians. They’ve got the Blues Brothers attitude, and the beards of ZZ Top. Many of you suggested having them go as a superhero and his sidekick. But which one would be Batman and which Robin? Which Watson to the Holmes? I wouldn’t want to incite any more sibling rivalry than what already exists.

Some ideas were so clever. Dress them up as chickens so that they blend in with the flock! I can imagine any number of characters from Star Wars. And how cute would they be as Clydesdales?

I thought that they’d look fetching as hula dancers, although an edible costume that includes flower garlands and grass skirts wouldn’t last long enough for even a five-minute photo shoot.

Finally, I decided that since the idea of wearing a costume is to transform into something that you aren’t, I will be using Rebecca’s idea of making them devils in disguise. I will dress the boys as angels. 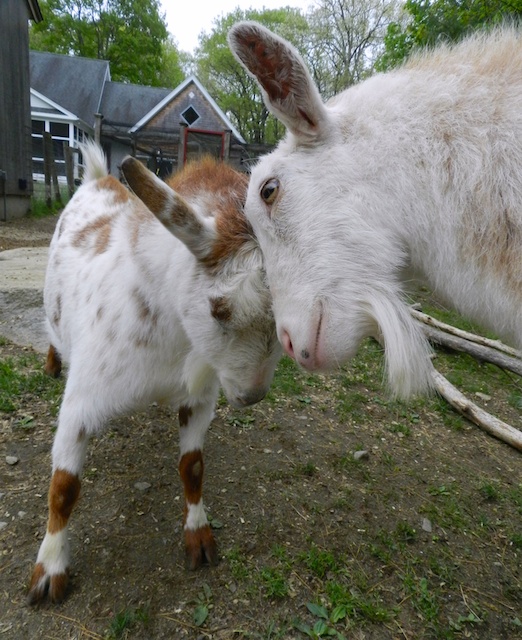