Baby robins are such odd little creatures! Here they are on the fourth day after the first one hatched. They are still mostly bald, with large, out-or-proportion heads that they can barely lift, but look at how they’ve grown to fill up the nest. 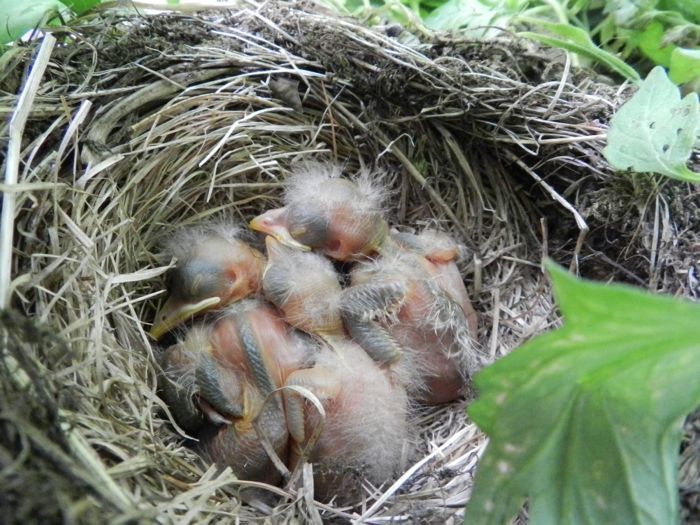 Here is a view of where the nest is hidden in my window box. You can see why the robins thought that it would be a good place. The roof gives it some shelter from the elements, and the nest is inaccessible to predators. 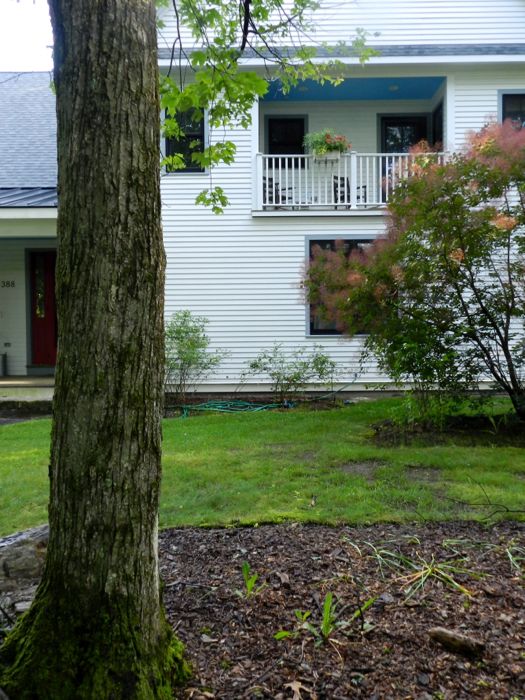 They rightly determined that Lily was not a threat. Lily spends much of her day up there, but she ignores the robin parents that fly back and forth with insects, and they ignore her. The robins, however, don’t ignore me. If I go out there I am glared at, and then the parents fly off, and so I have ceded the space to the birds and the dog.