Spencer Webb came over today to take a headshot of me (he’s the talented guy who took that shot of Steve and I.) He tried to get a nicely posed and composed photo of me sitting on the couch. Scooter jumped up, licked my nose, and then showed off his butt to the camera. He tried to take pics of me and the hens. They flapped. They pecked. They didn’t exactly stand still. Then I said, It won’t be any trouble at all, let’s get one of  me and the goats. Let’s just say that the goats did not perform like this. 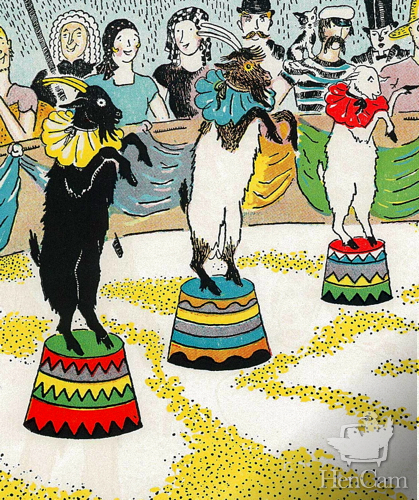 illustration from "Nick, Nac, Nob, and Nibble" by Barbara Webster, 1930

As soon as Spencer recovers, he’ll send me the photos and I’ll share them with you.