Before there were round hay bales wrapped in white plastic, and before there were rectangular bales held together with twine, there was loose hay. Piles of it. For the fortunate farmer with acres of fields, there was the problem of what to do with the bounty. Not compacted into bales, it didn’t all fit in a barn. Some hay was left in the fields. It was rained and snowed on and there were losses, but the mounds were constructed in a certain way, and most of the hay would remain good through the winter.

As long as the farmer had to pile the hay outside anyway, some of it could be layered onto the chicken houses. It was insulating. It provided fodder for the flock, not to mention, I’m sure, a wealth of bugs to scratch for. Eventually the hay would be fed to the hoofed animals and the chickens would be slaughtered for meat. And then the fields would green up again. 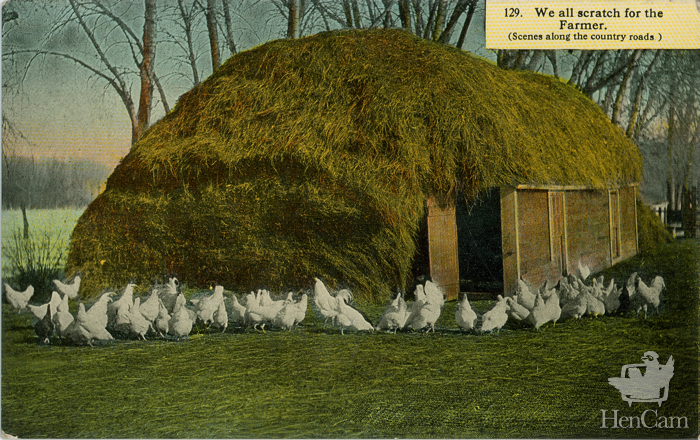