When you look at a hen’s head, what do you notice? The eyes? The comb? That beak with the permanent downward disapproving  scowl? 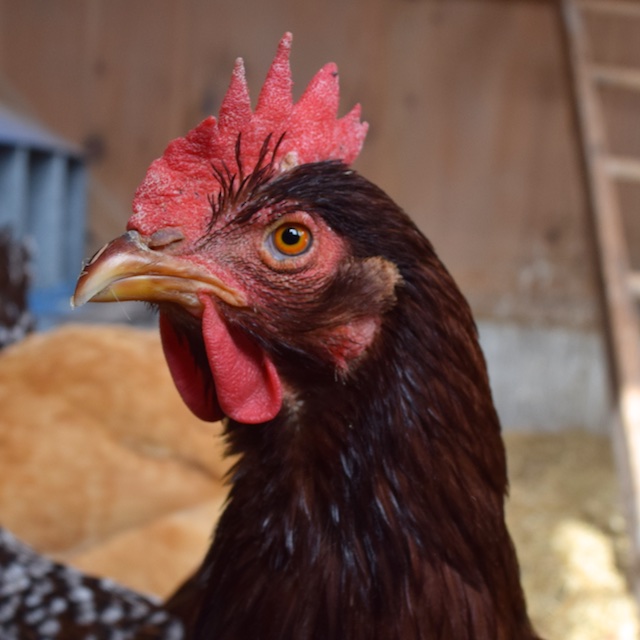 What we see impacts how we perceive the lives of our animals. We think that dolphins are happy because they look like they’re smiling – but their mouths are as fixed as hens’ beaks.

How we think that the animal relates to the world is done from our own prism of self-centeredness. A dog’s primary way of knowing what is going on is via smell. Because we don’t have that sense, we often misinterpret our pet’s behavior because we don’t take into account his complex world of odors.

Back to the hen’s face – what we fail to notice are her ears. 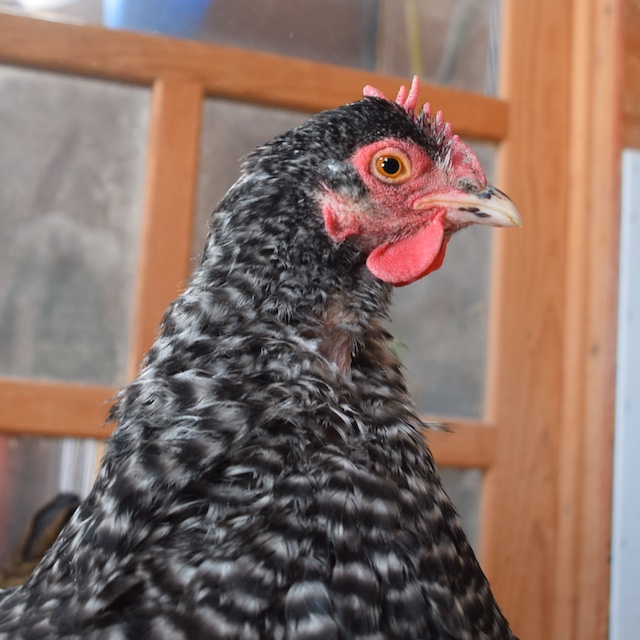 That flap of red skin, to the left of the wattle is Veronica’s ear. This is Agatha’s ear. 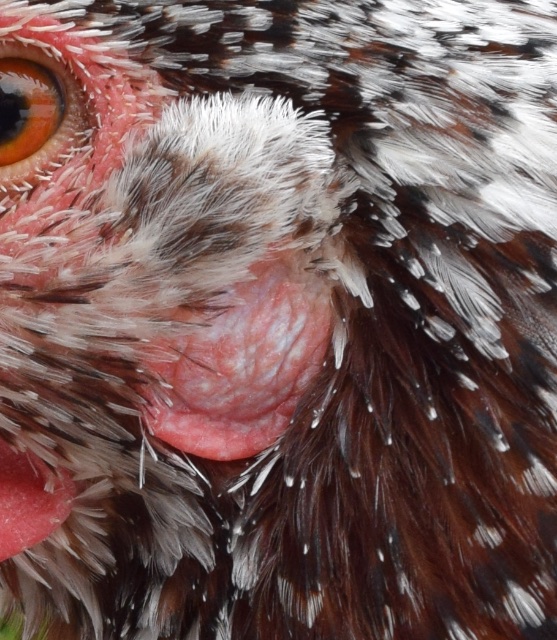 Chickens have excellent hearing. It’s about in our own range, but they are far speedier in processing the direction that sound comes from.

At twelve days into development, the chick inside of the egg is hearing. Some birds recognize their mother’s vocalizations before they hatch. Chickens recognize individuals, both in the flock, and in other species. I’ve no doubt that my hens know the difference between Lily’s barks and Scooter’s. They know my voice. Sounds matter. Lawn mowers. Hawk screams. The rattle of the grain bin. Think about that as you care for your flock. Yes, they’re confined, but their world extends farther than the fence that surrounds them.

There’s some anecdotal evidence that music makes them more productive. Or at least calmer. I think that it depends on the farmer as to which music they prefer! I don’t play music for my hens, but I am aware of how sounds affect them. I try not to slam doors, or shout. I do talk to the Girls. They hear me, of course. They don’t understand the words, but the tone matters.