The Little Pond is where the Beast and her minions live. Often, man-made water features require maintenance and chemicals to keep the water clear. Not mine. Here the water is naturally filtered through four feet of gravel at the back of the big rock, which is then pumped up through the hole in the boulder and pours into the koi’s pool. When it was installed, I was told to fill the gravel area with water plants, as that would mimic a natural wetland’s cleansing system.

I put in a number of plants, many of which died, and a few, for some unknown reason to me, but that made much sense to Lily Dog, required removing. She pulled them out and shredded them. However, Lily left the water celery alone and it took off. Koi eat it, so the fish’s area stays clear, but by mid-summer the roots become too tangled and the foliage too thick, and it actually traps sediment instead of removing it. Over the years I’ve pulled it up, but the water celery comes back stronger and fuller.

This year I have a new tactic. It’s not only the Beast that likes to eat it. 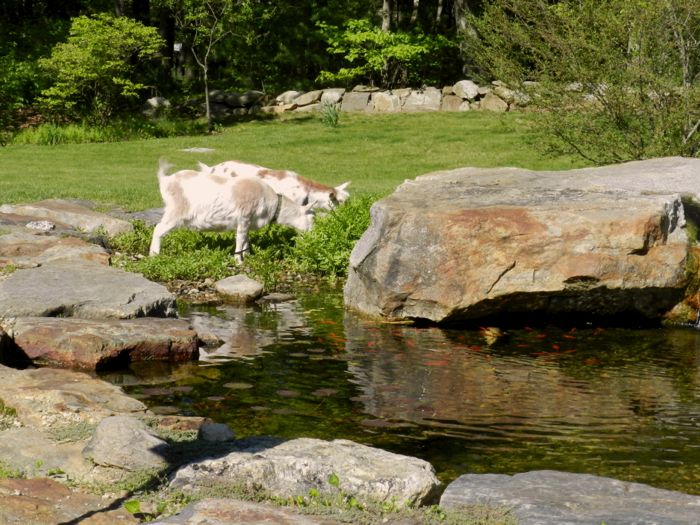 I’ve been taking the goats over to the pond and letting them graze. 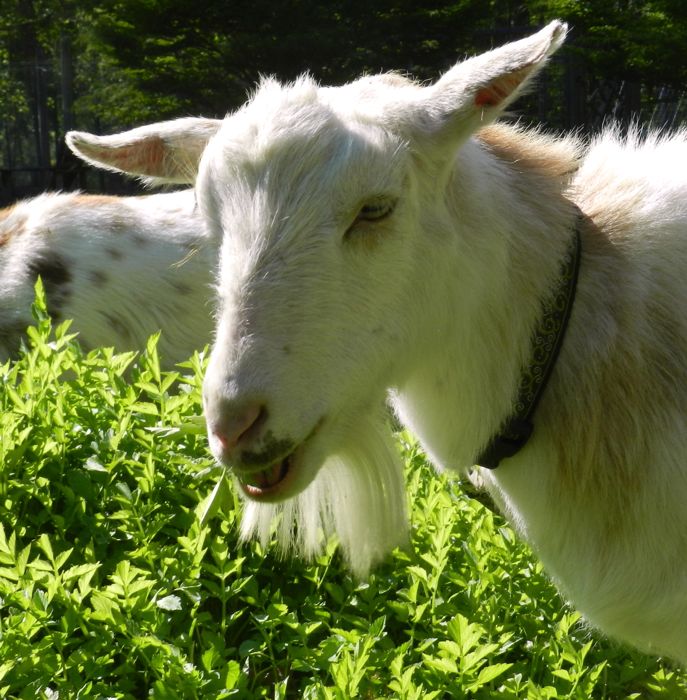 The boys are knee-deep in goat heaven. 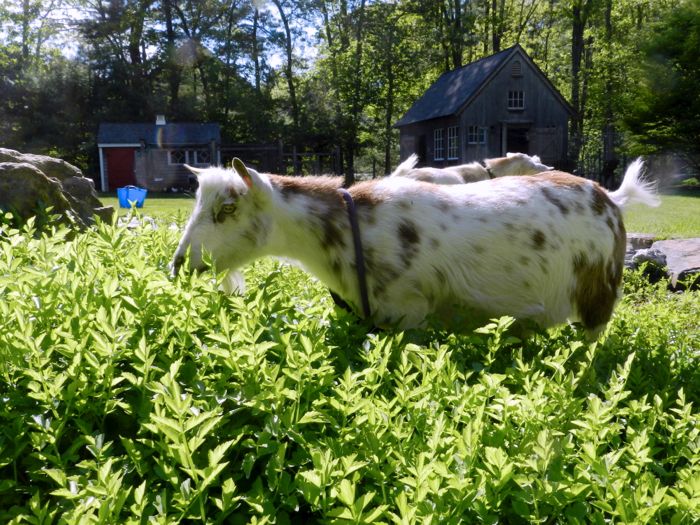 They don’t know they’re working. Let’s not tell them.