The Gems are not thrilled to have Siouxsie in their midst. She’s an annoying, clueless bird who gets in the way, and who doesn’t get fast enough out of the way when given a beady stare. But, the Gems aren’t a bullying bunch, and so, although they don’t want this crazy-pouffed hen to hang out with them, they’re not beating up on her either. There’s a judicious use of feather ruffling and pecking, which quickly subsides when Siouxsie turns tail. For a hen who is used to pummeling others, Siouxsie is feeling rather out of sorts. No place seems safe. Just when she starts to enjoy her corner of the outside run, another hen comes along and tells her to move on.

Siouxsie has come up with a strategy of how to be left alone.

This is Topaz. Topaz is a classic broody hen. 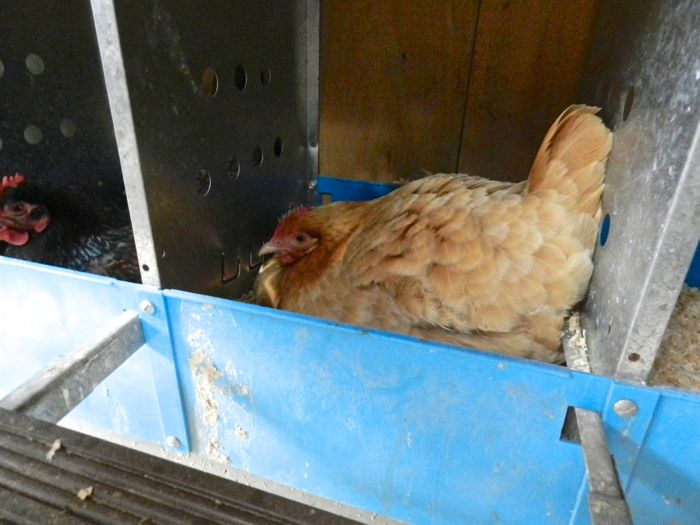 Topaz is fluffed up in righteous mamma-hen anger (even though there are no eggs under her). She churrs threats to anyone who comes near her nesting box. The Gems avoid her. Siouxsie has planted herself outside of Topaz’s box. Siouxsie ignores the broody hen growling. Siouxsie doesn’t care, because the hens that do count, those Gems that chase her about, don’t come near Topaz, and so they don’t come near her. Yesterday, Siouxsie even crowded herself into that nesting box with Topaz and laid an egg. 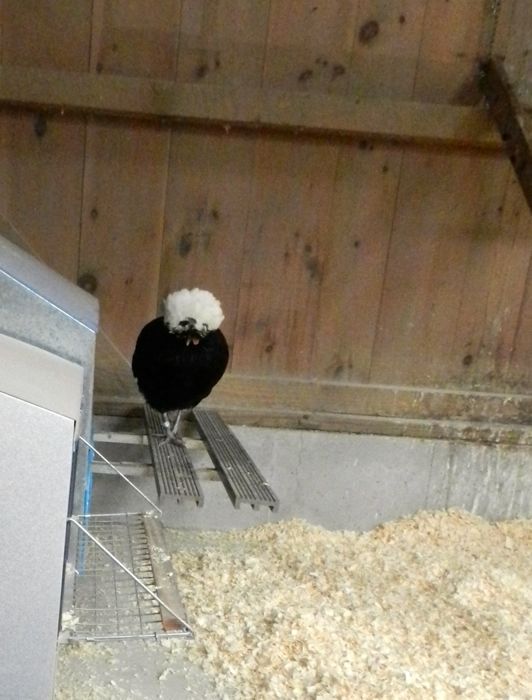 Perhaps Siouxsie isn’t as clueless as I thought.