What the road in front of my house looked like this morning. 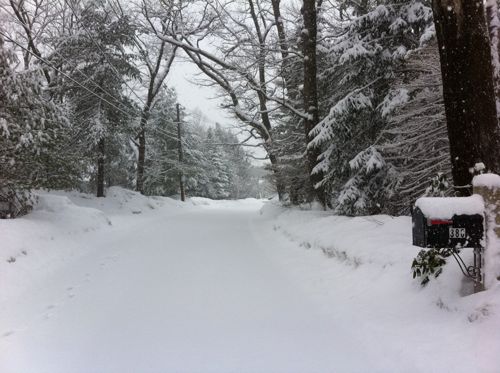 Light snow and some freezing rain has fallen all day.

The dogs know what to do. 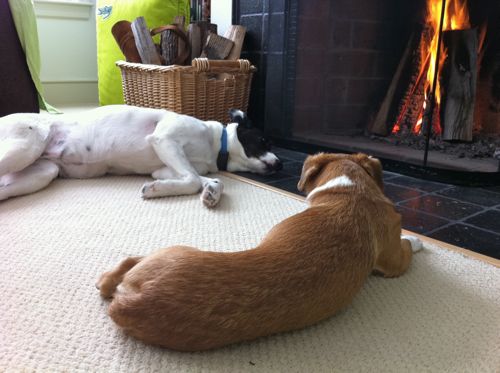 Early this morning the snow came straight down in fat, heavy flakes. Then there was freezing sleet. Now it’s a drenching, cold rain. The ground is slush. Simply put, it’s miserable out there.

My dogs believe that I am the source of all good things. But, I’m also the source of all bad things. This weather is my fault. At breakfast, Lily slunk around the house, glaring at me, willing me to fix things. I didn’t.  She’s settled onto her bed. Deep sighs. Baleful glances. 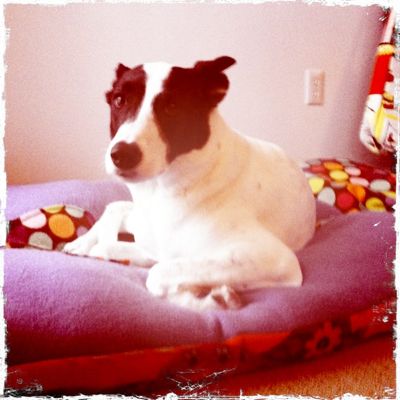 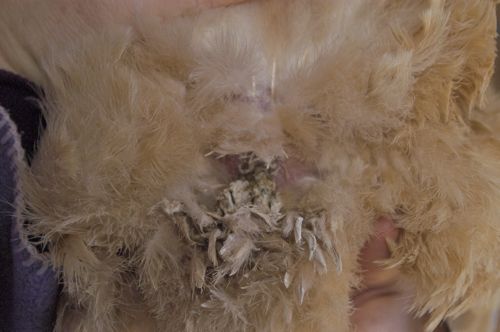 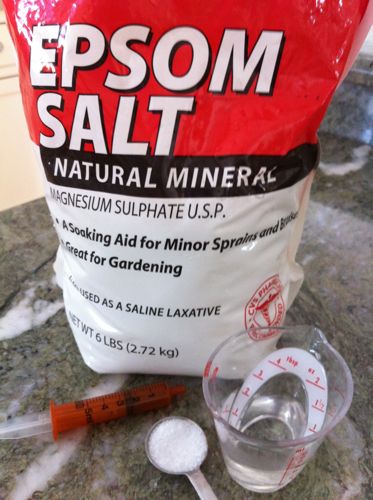 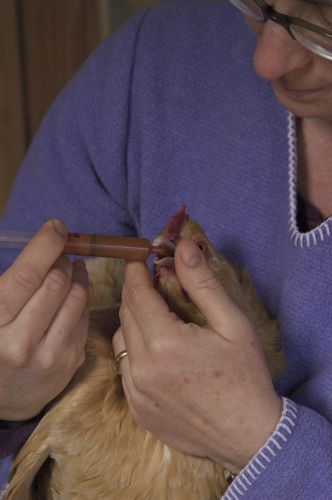 Obviously, it’s still winter here. Snow is falling in fat, heavy flakes. The shoveled path, that had a bare spot of earth yesterday, is hidden again. The barn roof is white. 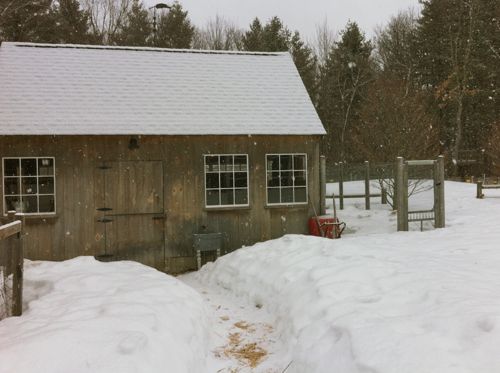 But the chickens are heading into spring. There’s more daylight, and that’s what matters. Yesterday, either Coco or Betsy laid a small white egg. The Polish are laying. Agnes and Philomena are laying. I collected four eggs. Four! 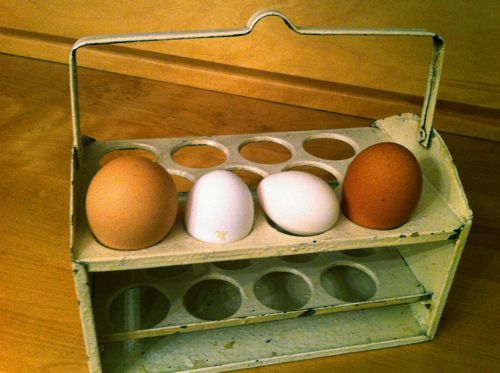 I’ve kept chickens for fifteen years and these winter eggs still give me a thrill. There’s an optimism in the air when there are eggs in the nesting boxes. It’s tangible proof that the seasons change – even this season of interminable snow.

Actually, it’s rather beautiful out right now. The old snow pack had become dirty and worn. This morning’s snow is soft and fluffy and hides all flaws. It comes down slowly, drifting through the air. I can appreciate the beauty of today’s weather because the hens have let me know, with incontrovertible proof, that this will not last and that spring is on the way.

It is a very noisy world. I knew this, but since, for the last thirty-five years I’ve been slowly, gradually losing my hearing, sounds slipped away until I didn’t realize they were gone. In December I got a cochlear implant and last month it was turned on. My brain is being bombarded by electrical stimulation directly on the auditory nerve. Thankfully, it’s choosing to tell me what it’s hearing a little bit at a time.

Tick-tick-tick-tick. When I’m in the hallway, there’s a noise. It starts and stops when I start and stop. Is it something I’m wearing? No, it’s my shadow, Lily, always there, toenails clicking on the wood floor. 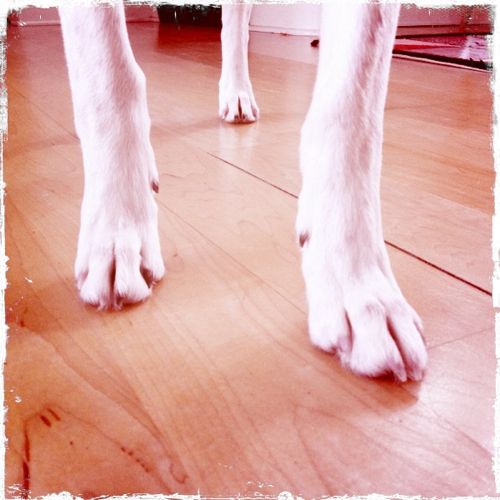 And, who knew that the retractable leash whirrs when it slips back and forth? I stopped in my tracks yesterday, wondering what the odd-sounding machine was. I can’t tell where the sounds are coming from, so I looked all around. Nothing. It wasn’t until we’d walked a half-mile that I was able to connect the sound with the movement of the leash. I’ve taken Lily for many walks since the surgery, but this was the first time I heard the leash.

I’m also hearing the antique clock in the guest bedroom chime. Am I the only one who finds that annoying and not charming?

Scooter licks his paws and private parts, a lot. A bit obsessive, really. Which didn’t bother me, but now I can hear it. Loud and slurpy. Ewww.

When Lily yawns, she makes a squeak sound at the end. That’s cute.

The good with the bad. I’ll take it all.