On Saturday, October 19, I will be doing a program as part of the Concord Festival of Authors. The event that I’m in will take place at Verrill Farm. It’s a gem of a farmstand, so if you’re thinking about taking a drive out into the country to leaf peek and pumpkin buy, do make it a destination. Come on the 19th, and stay for the program. It’s free, it’s open the public, and I hope to see you there!

Our panel of three writers is titled, From Your Backyard to Kitchen. The two other authors will be talking about their cookbooks. I’m going to be discussing the backyard chicken movement of today, as it compares to what people used to do. I’ll be illustrating my talk with photographs from my vintage photograph books. 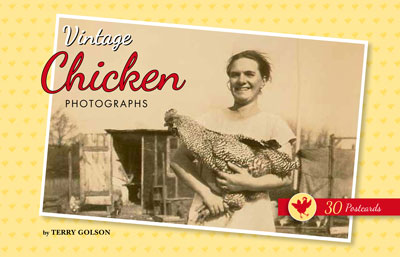 It begins at 11 am, and each author is talking for only about ten minutes apiece. But, we’ll be there until 1 pm, the idea being that folks will drop in and chat with us. These sort of programs can be so awkward, as people hesitate to approach the author’s table. So I’ve offered to bring a hen along. People can be shy about saying hello, and sometimes they avoid authors thinking that if they speak to us that they’ll have to buy a book (not true!) but I’ve found that a chicken always attracts a happy crowd.

I don’t know which hen I’ll bring but I do know who I won’t. I won’t bring a molting hen, as people are sure to think that something is wrong with her. Onyx is a mishmash of feathers. Some of growing in and some falling out. 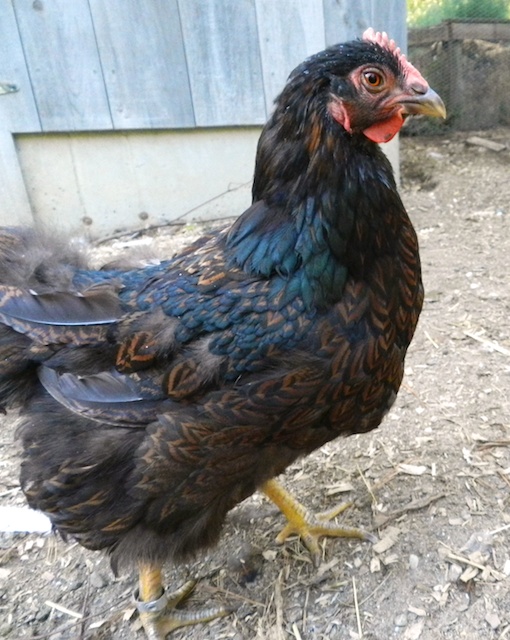 In two weeks she won’t look much better, and the rest of the Gems will be about the same. So, I’ll have to bring one of the young Ladies. Who would you like to meet?