There’s something about chickens that inspires humor and joke telling. Just saying Chicken Butt! provokes gales of laughter in little ones. For some reason the intentions of chickens crossing the road have been the subject of entire books. And what’s with plucked rubber chickens? None of this is new. I wouldn’t be surprised if there was a chicken joke written in hieroglyphics on an Egyptian obelisk.

Penny postcards were the quick and short messaging system of the 1900s.  Messages were often brief and lighthearted, as were the images. This photo is an example of an “exaggeration card.” 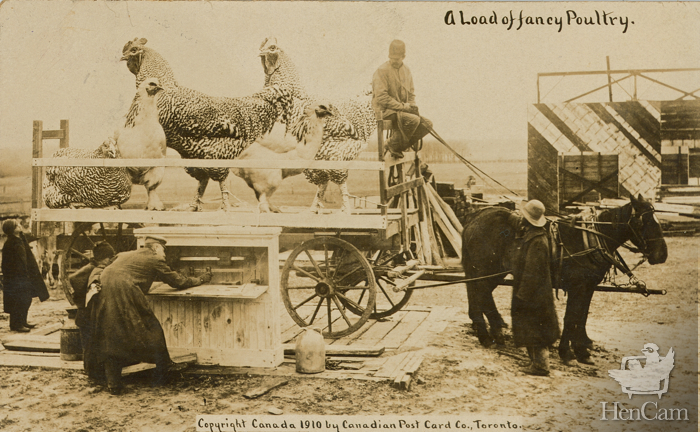 On the correspondence side, Mabel B. writes to her friend, Miss Vida Hetherington (don’t you just love the names?) Just as busy as ever with my chickens Count these then you will know how many we have.

Have you heard any chicken jokes lately?