I once knew a tall thoroughbred mare named Helen. Twice a day she was fed a couple of quarts of sweet feed, which is a mix of grains held together with tar-like molasses. Horses love this stuff and most gobble down their ration as quickly as they can chew. Helen took her time. After a half-hour her bucket was licked clean – except there remained a tidy pile of corn kernels. How did Helen manage to eat her dinner but reject the corn? A horse can’t see what they’re eating. Because of how the eyes are set on their head, the end of the nose is in a blind spot. Did she wiggle the grains out of the way with her nose? The muzzle and lips are rubbery and flexible, but it’s unlikely that they’re fine-tuned enough to identify individual grains of corn. Once inside of the mouth, it’s unlikely that she could sort out the corn. A horse’s teeth and tongue are very big. 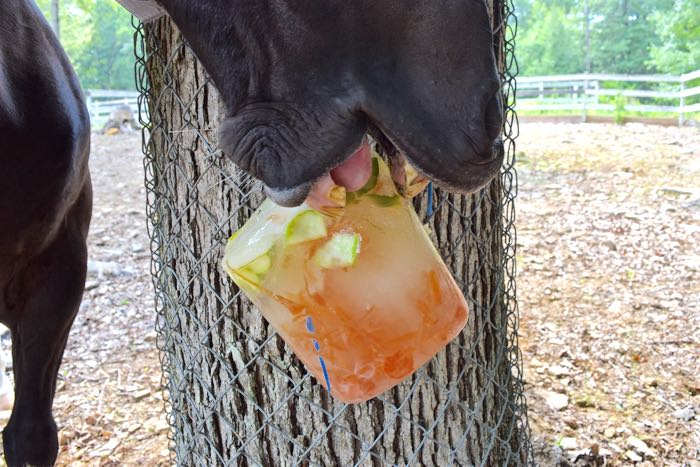 Summer horse enrichment. Block of ice with apples and carrots.

I think that she knew which little bit was corn by feeling them with her whiskers. 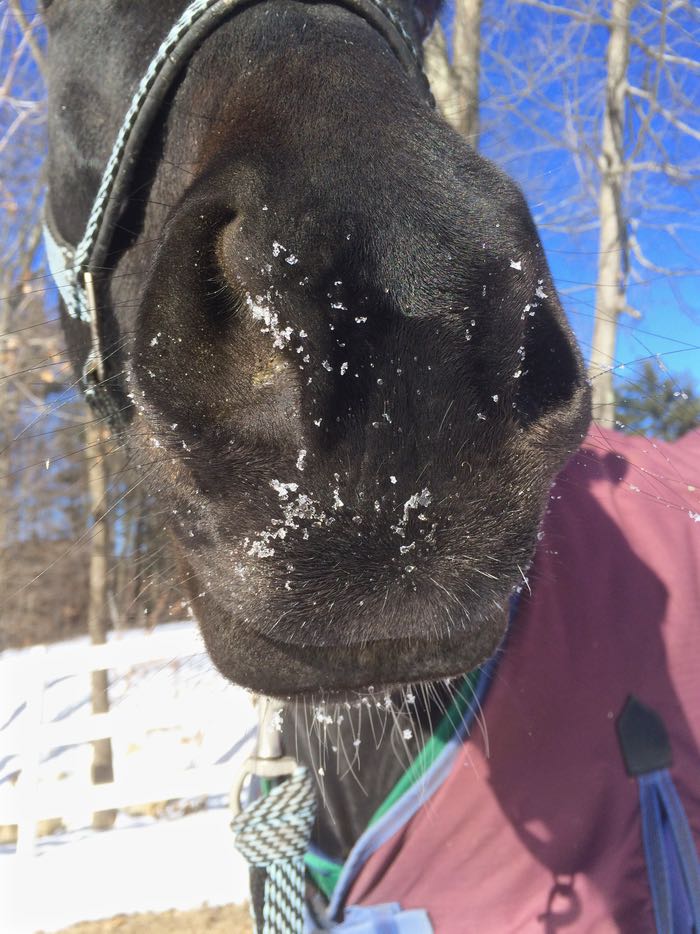 Many mammals have specialized whiskers called vibrissae. Some animals, like rats, can wiggle their whiskers and their function has been much studied. Scientists even know that each of their vibrissa has a way to stimulate a nerve ending that goes directly to a dedicated part of the brain. (For more about that anatomy, read this.) Some creatures, like equines, have stationary vibrissae. Although I’ve seen numerous FaceBook declarations that information from a horse’s whiskers go to a dedicated part of the brain, I haven’t been able to find any research to that effect. I think that people are assuming that horse whiskers are the same as that of mice, but this isn’t so –  the ability of mice to move their whiskers sets them apart from a horse’s vibrissae. Still, a horse’s whiskers are amazing! (Please contact me if you have a primary source to research on horse whiskers and the brain.)

Despite not knowing exactly how a horse’s whiskers communicate information to the brain, it’s clear that these long and stiff hairs are very important to how the animal functions. The whiskers give the horse a fine-tuned way to feel what they’re eating before they ingest it. Horse are fussy. Although few are as selective as Helen, they all sift through food that to us looks the same. 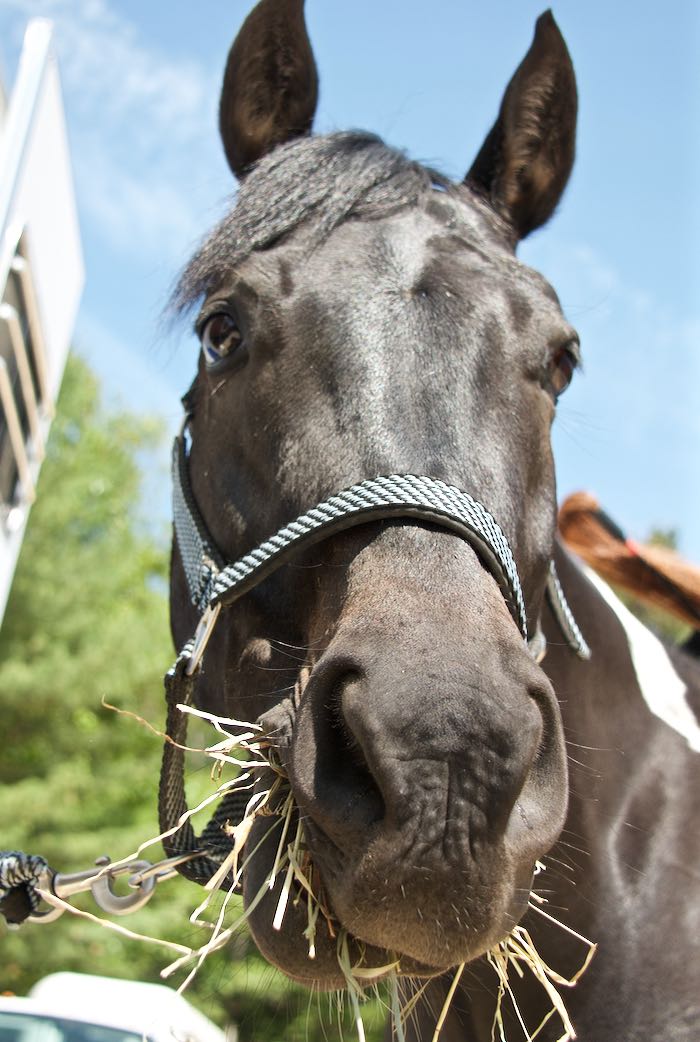 Pasture is rarely all one plant. I graze Tonka where there are numerous varieties of growing things, leaves of different ages, blossoms that are closed, open, and turned to seed. Watch a horse in a field and you’ll see how selective he is. 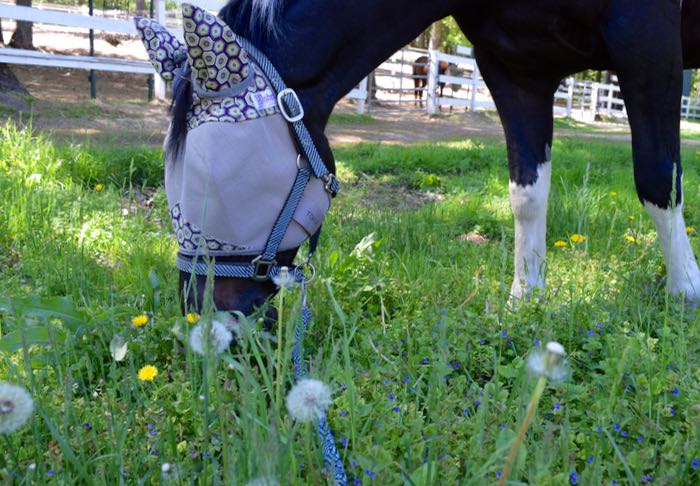 Whiskers can also be used to suss out something new. Or, to know exactly where the farrier’s back is. 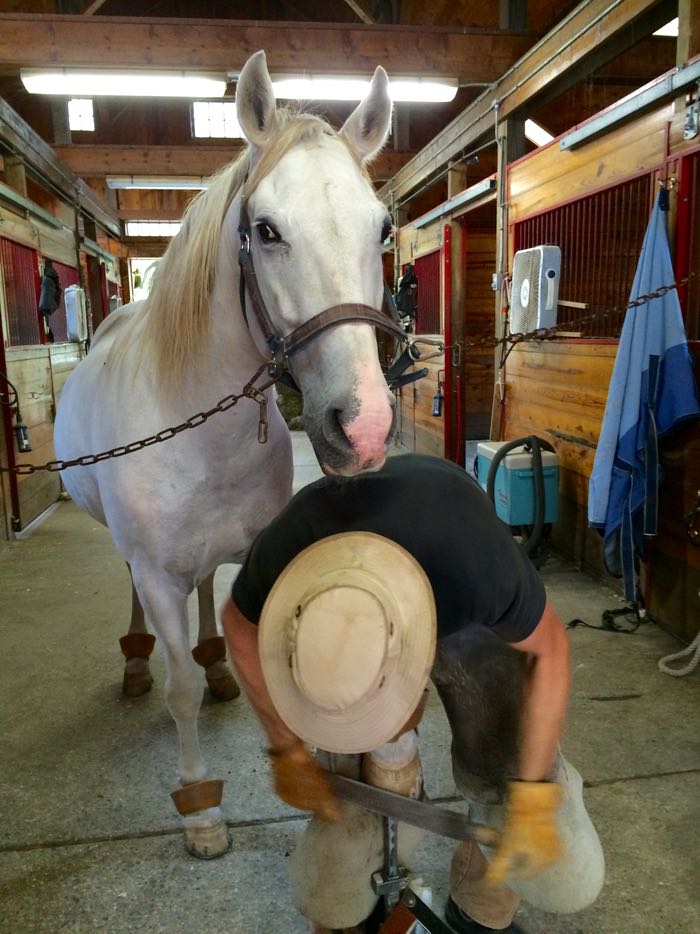 We humans see all hair as being decorative, to be styled, or to be removed. When I was in my teens I thought nothing of shaving off those ungainly whiskers on my mounts’ muzzles. People who show their horses routinely shave their horses for a clean look. I no longer do that, and it’s not affecting how well we do in competitions. Here is Tonka after placing second in our first recognized dressage show last summer. He looks handsome, doesn’t he? 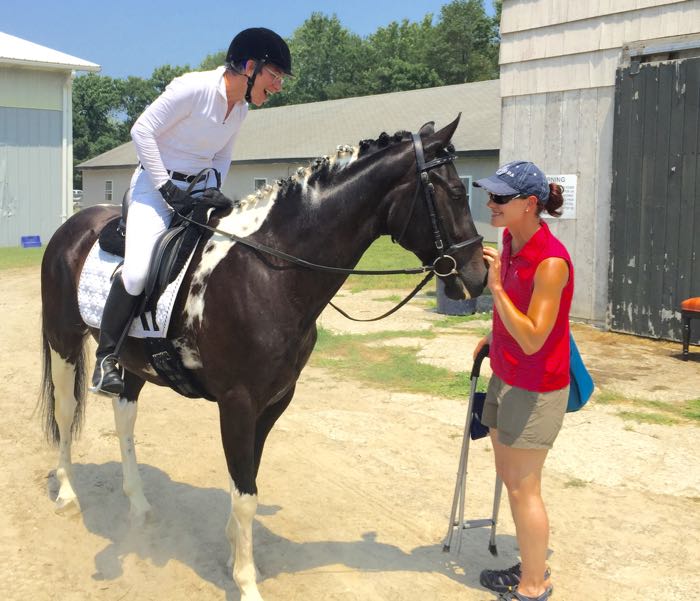 Now I realize that removing the vibrissae would be like taking away one of my horse’s senses, one as essential as his hearing. It’d be a lot harder for him to navigate his world without those whiskers. I’m sure that when Tonka shoveled through the snow that he knew what was there by information sent via those long hairs. 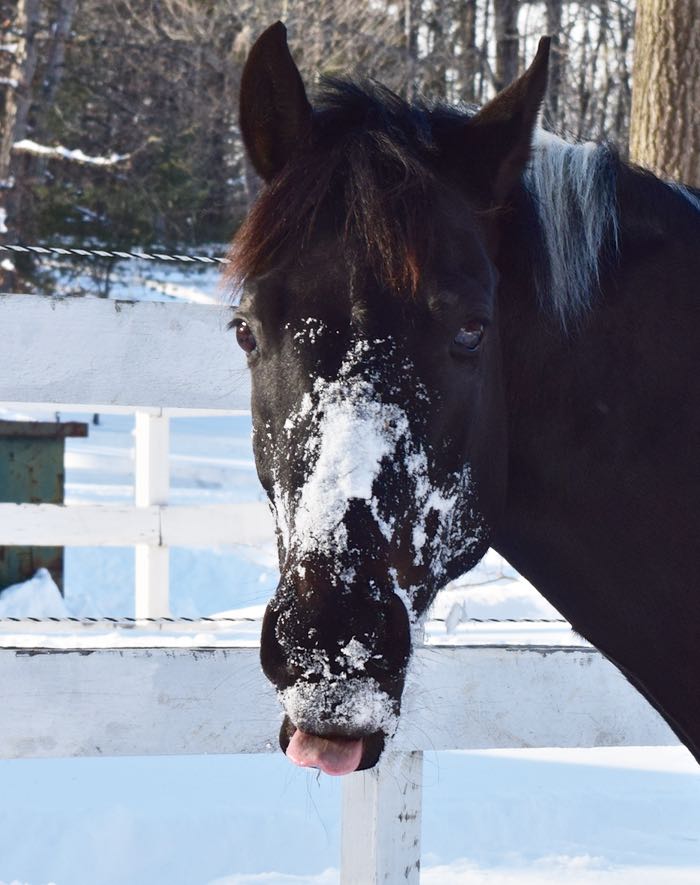 Besides, I’ve come to appreciate how cute facial hair on horses can be. This is Hayden. From a distance he’s adorable. 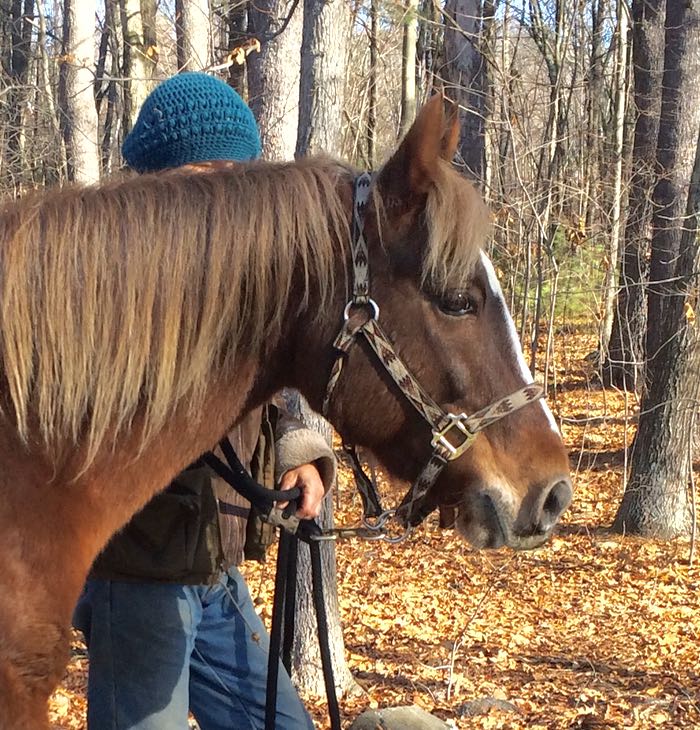 Up close, even more so. He not only has whiskers, he also has a mustache. 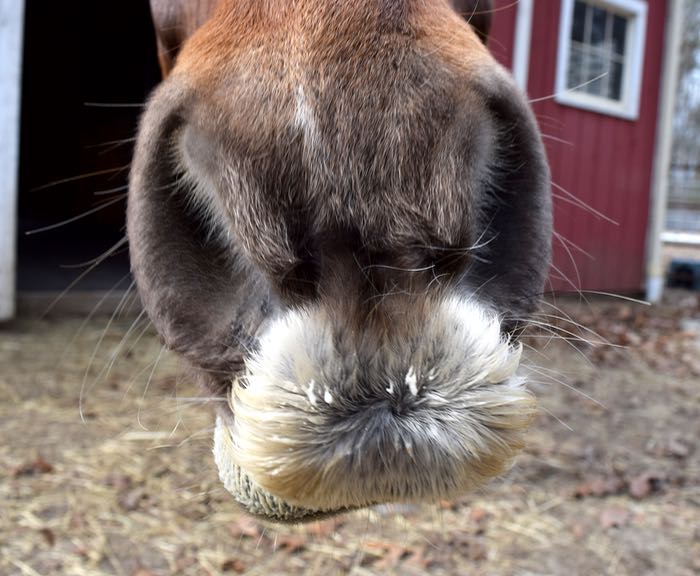 It’s a good look on horses, but I still like my husband clean-shaven. Anyway, a man’s beard isn’t made up of true vibrassae. Sorry, guys.