There’s snow on the ground. After a burst of playful cantering and head tossing, the horses settle into standing around in the cold white stuff. The routine of late winter is rather boring: eat hay outside, eat hay inside the barn. A horse is designed to walk (more than a dozen!) miles a day. Tonka isn’t moving that much in his paddock. 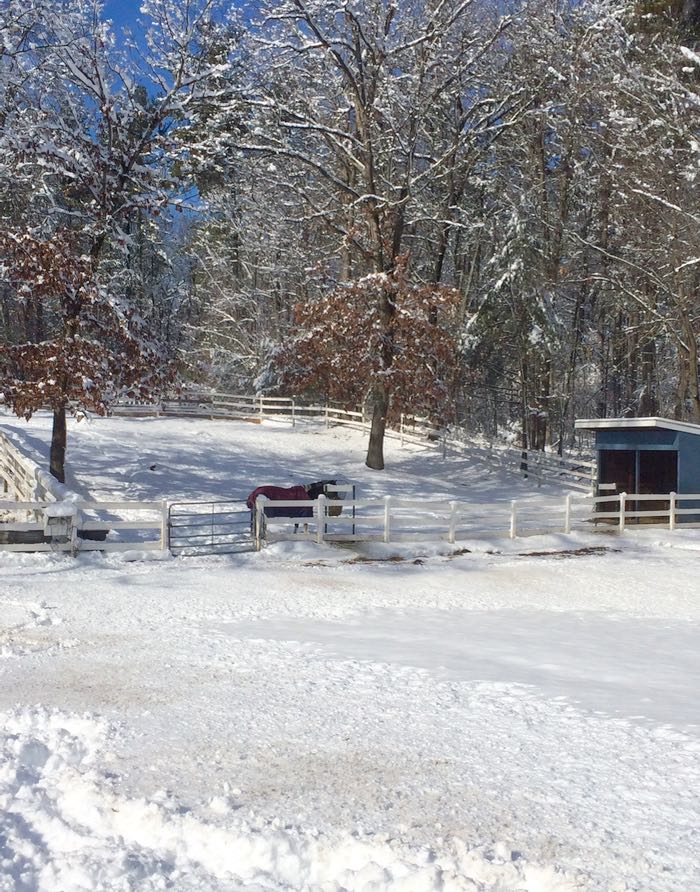 I do get to the barn daily to ride in the indoor ring. I have a phone app that tracks my mileage (amazingly it can even record distance when going in small circles) and I make sure that we do a minimum of 3 miles a day. It’s not nearly enough, but it’s something. Tonk and I miss getting out for long explores in nearby woods. Those adventures will have to wait. It’s been too icy and dangerous to take the horses anywhere.

Which is why when the temperature got up to 40 degrees last weekend, and the sun shone and the wind quieted to a murmur, we went for a walk. The trail system is only a short trailer ride away – but it’s too risky to drive a rig when there’s ice on the road. At the barn, there’s a small path in the woods behind the paddocks and the nice people who own the stone yard next door let us wander around in loops there. It was enough!

It was good to see this view between Tonk’s ears. 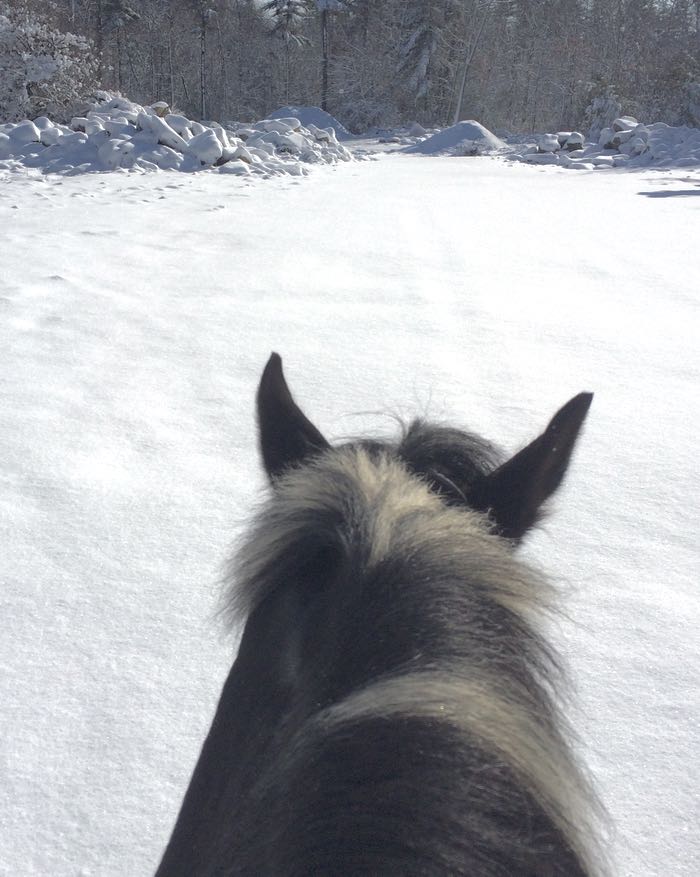 We weren’t the only ones desperate to get out. Trina and Cider came along, too. 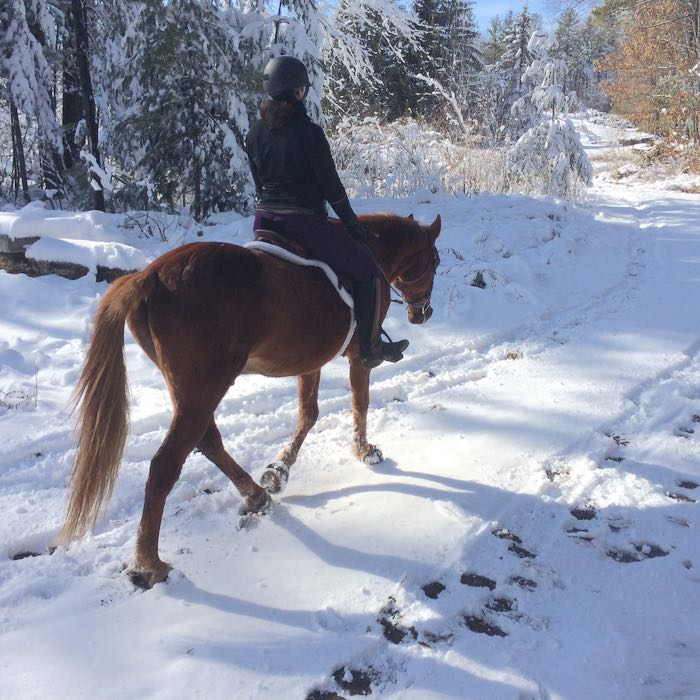 Cider and Tonka have known each other for two years. They started out not liking each other much. They made go away faces at each other whenever they crossed paths. But Trina and I are friends. It’s like parents of toddlers who schedule playdates despite the fact that their children have nothing in common. Eventually Cider and Tonka figured out that there weren’t any toys (or food) that they’d have to share. They figured out that when we’re together we go on fun strolls.

It looks like the kids are actually beginning to enjoy each other’s company! 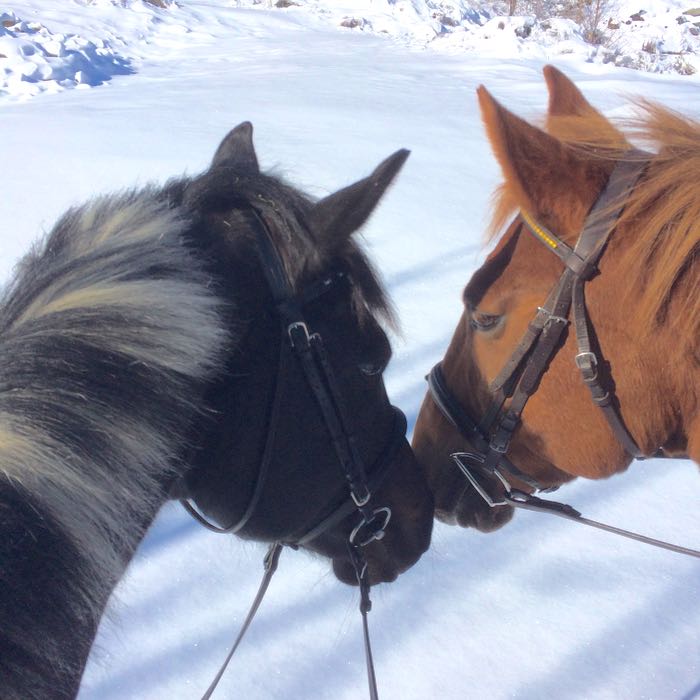