Phoebe is beyond delighted to have the coop to herself. Rabbits are tidy creatures – those chickens were impolite and got in her personal space, and she hated having to tip-toe her way through piles of hen poop. Now she has fluffy, dry shavings to loll around in, and she keeps her surrounding clean by using a litter box when the weather is terrible and she can’t use her designated spot outside in the corner of the run. When Phoebe wants company she talks with the goats. Her humans visit at least twice a day. Life is very good. 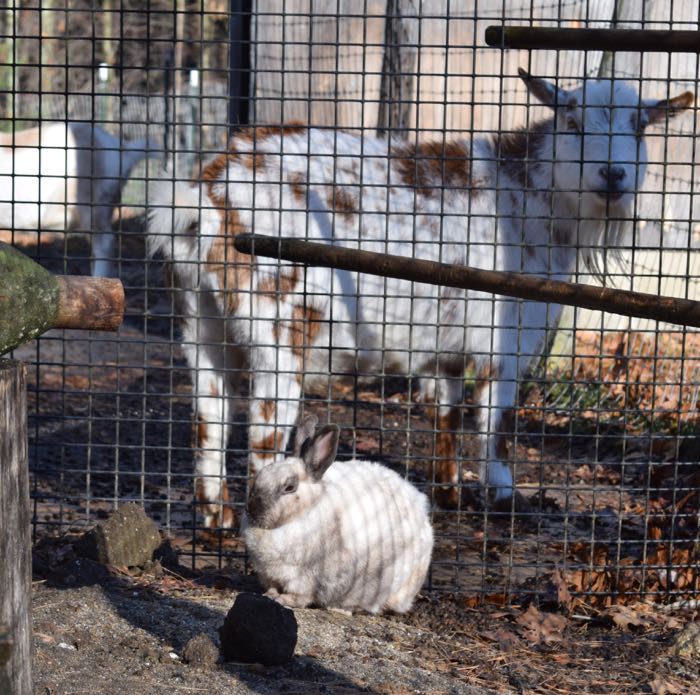 We close all of the animals safely up into the barns at night; when Phoebe sees us coming, she hops up the ramp and hurries over to see what bedtime treat she’s been brought. Well, most of the time she comes in. Sometimes, the weather is just too wonderful, or she’s too busy star-gazing, or munching on a squash outside. Sometimes we give up and come back out later when she’s ready.

In any event, Phoebe has good hay, fresh water, rabbit pellets and a mineral block all of the time. At night she might get a dried banana chip, or an apple, or a carrot. Phoebe has decided that these good things should come more often. 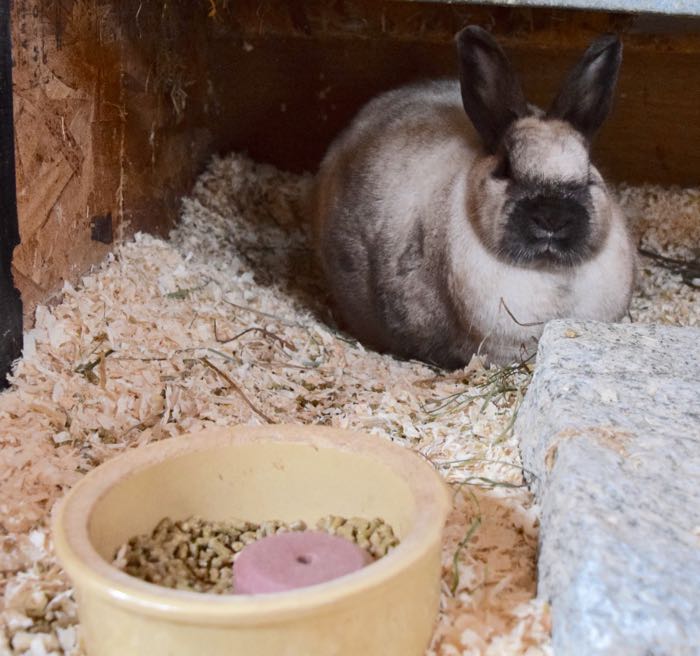 The other morning, Steve arrived to open up her door to the outside. Phoebe looked at him and knocked over the food dish. This was a clear message.

The rabbit was obviously demanding something more delectable to eat. Who am I to deny the Princess of Little Pond Farm? 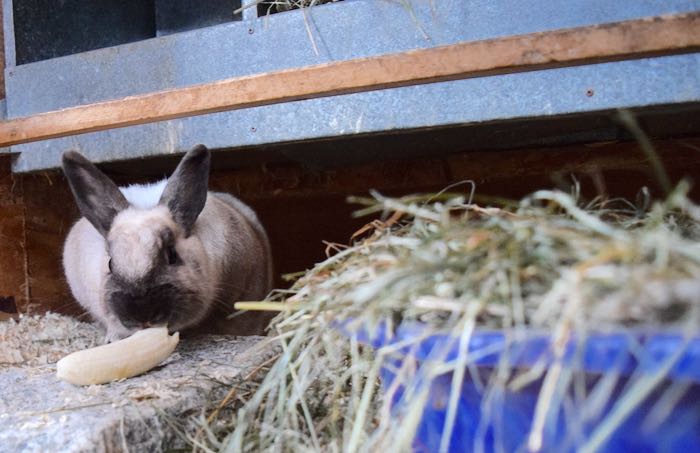