George is one of my clients. He’s developed a skin condition on his legs. It’s very itchy. 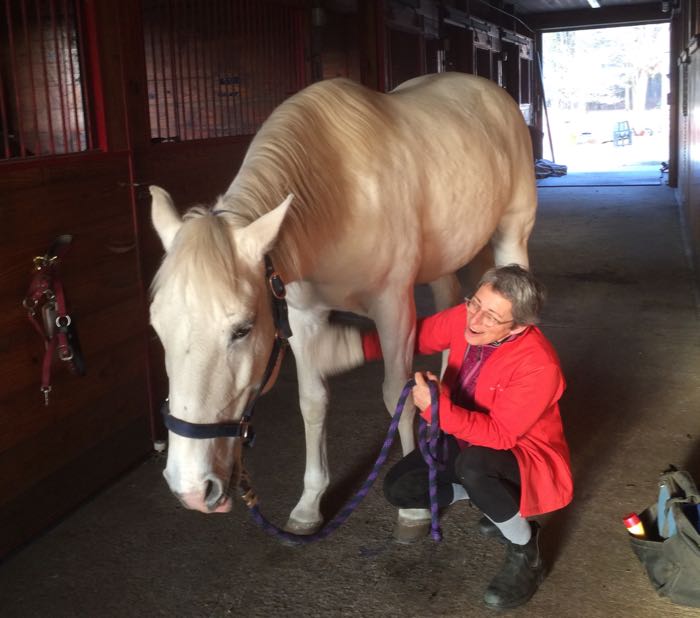 George thanks me for my care. 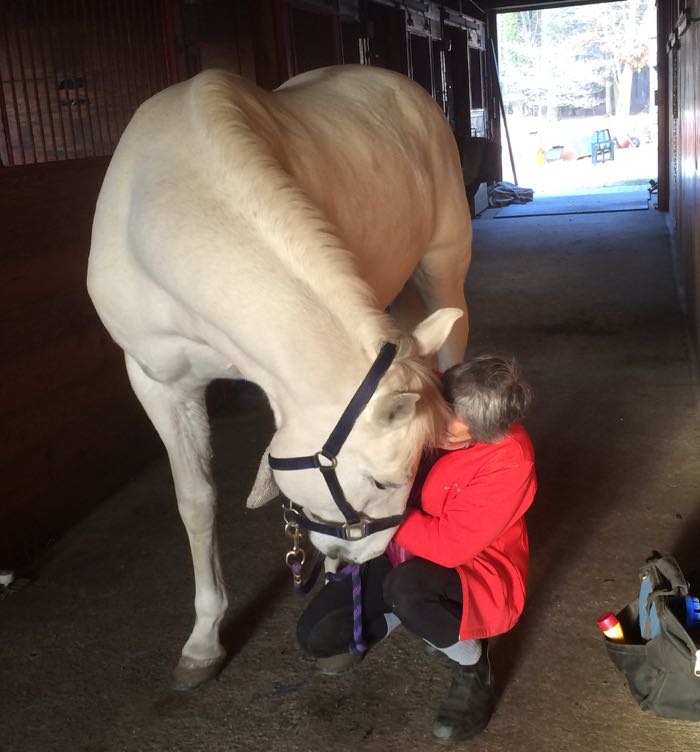 Animals do express gratitude, but we humans are often dull to what they are telling us. One reason that my animals talk to me is that I stay focused on them. I often see people at the barn talking with their friends while grooming their horses. I prefer to socialize only with my horse. (Later I’ll chat with my human friends.) Maybe it comes from those years of not being able to hear very well. I had to listen hard to the one being that I was trying to communicate with. Horses are not verbal, they’re all about touch and nuances of movement. I could “hear” them. Pay close attention. There’s a lot they’re telling you by a shift in weight and the flick of an ear.

The inside of George’s legs itch. I rub with a sisal mitt and I can feel him slightly press against my hand. His head drops. His lip relaxes. He looks at me with a soft eye. He’s told me Yes, there. He reaches around and blows on me, eyes relaxed, ears to the sides. George says Thank you.

Many people believe that you create a relationship via training. I agree that you can open lines of communication and build trust, especially if you train using a marker and food rewards. (Often called clicker training.) But, if you don’t listen, even that training can be stressful, ineffective or anxiety-provoking. Don’t even begin until you know how your horse says thank you.