I was all set to write a post about how Twiggy is going into a visible, full molt. Last week I took this photograph of her, with loose feathers all askew. See them at the top of her leg and at the base of her tail? They’re falling out. 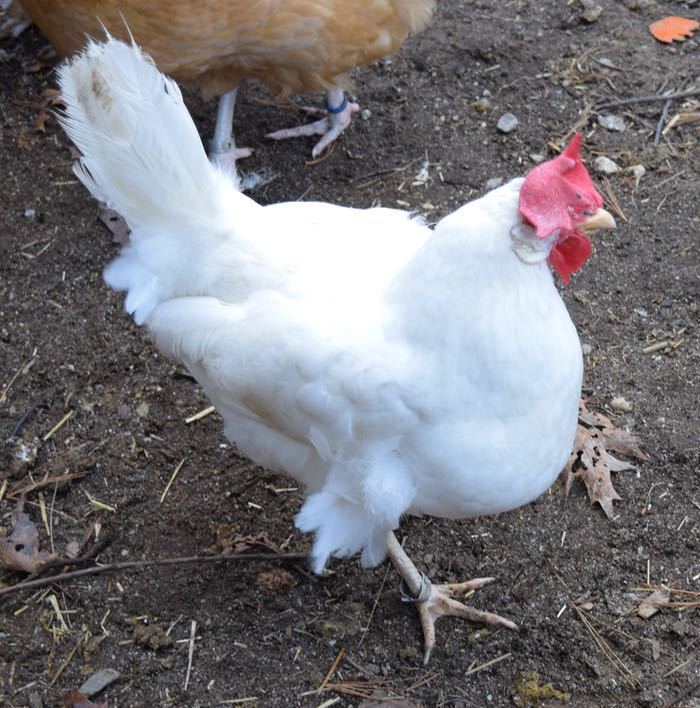 I waited to do this post, figuring that by this morning, the coop would be ankle-deep in white feathers – proof that even Twiggy needs to go through her yearly molt. However, I didn’t find feathers. I found this. 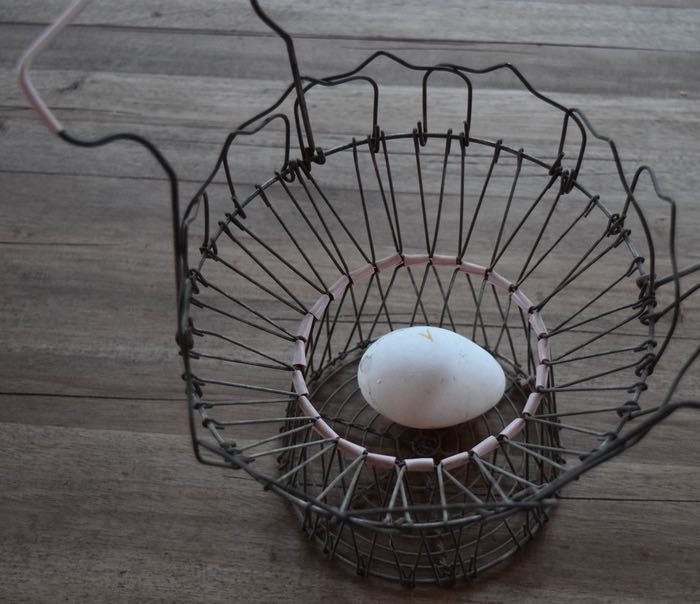 Twiggy’s last egg was laid on November 16. It’s been exactly three weeks, which for this White Leghorn over-achiever was a long enough rest. No matter that tomorrow the sunset is the earliest it’ll be all year (just after 4 pm) and I don’t turn on a lightbulb at night. Twiggy is back in production. I’m not surprised that it’s not a standard two-ounce large egg. This one weighed in at over three ounces! 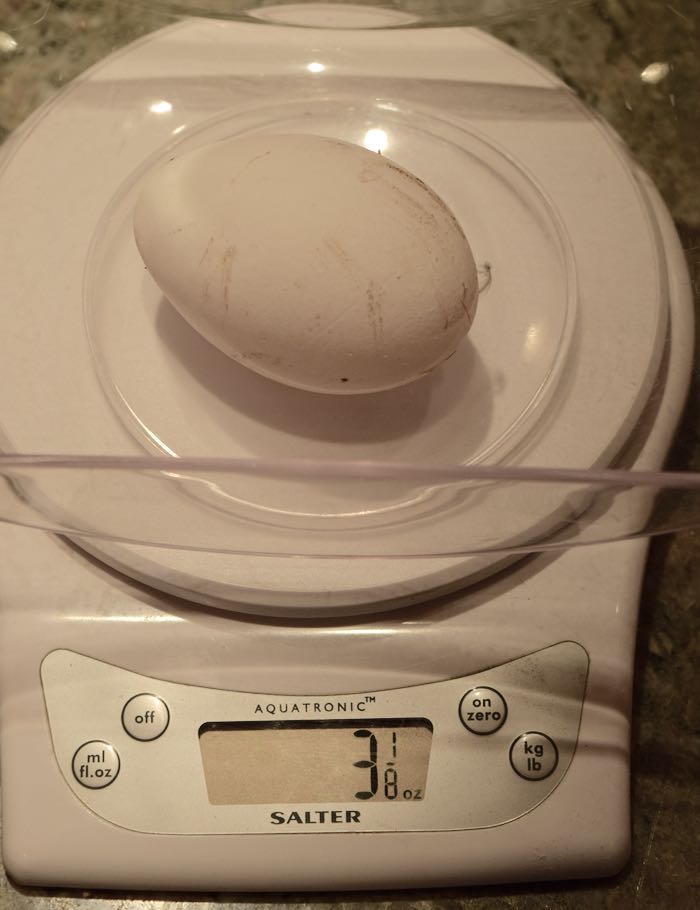 (By the way, if you’re looking for a gift for a chicken keeper, you can’t go wrong with a digital scale. It’s fun and informative to weigh eggs.)

The shell was thin as the finest porcelain, but the inside of the egg was normal. There were two visible whites (yes, there are two in fresh eggs, one around the other, one thinner, one thicker) and a yolk that was a lovely dark color (the Girls have been eating squash) and upright. 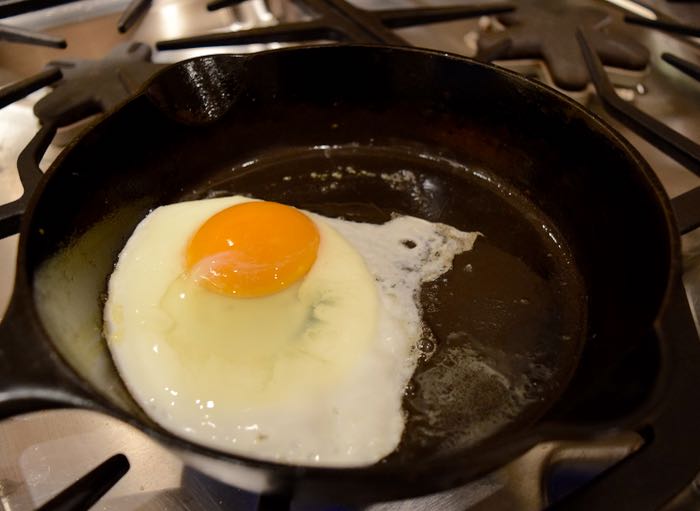 I don’t know whether this was a one-off or if she’ll keep laying. I so enjoyed having a good egg for breakfast, but I’d also like to see Twiggy replace those ragged tail feathers with new ones. As with so much of animal keeping, time will tell.