I never tire of pie. Not the baking, nor the eating. Which is why my Thanksgiving tradition doesn’t include turkey and the fixings. It’s just pie. This year, three dozen people came to my home for my annual Pie Party. I made 19 pies. 25 crusts (a classic butter rolled-out crust and graham.) I followed a few recipes. most that I’ve created, but also some from books and magazines. Inevitably, there’s a pie that I invent on the fly. This year it was the layered lemon, cream cheese and cherry pie.

There were two savory pies, a Corn, Tomato and Cheddar Tart, and an Onion and Gruyere pie. These were made with homegrown red onions. 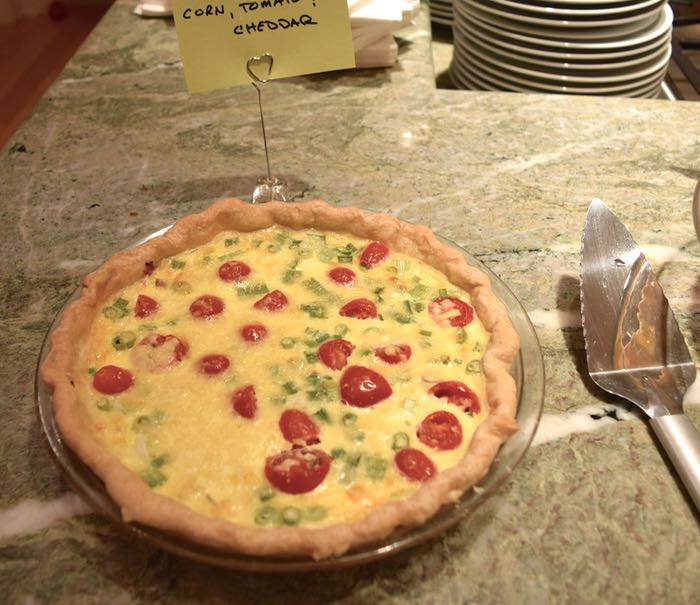 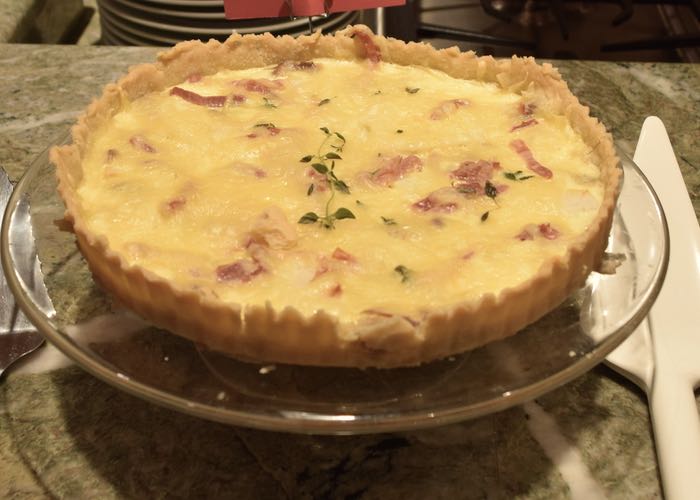 Also made with homegrown ingredients was the Peach Pie with Dried Apricots. I can’t grow apricots, but this year was a bumper crop for my one peach tree. It had a walnut and oat crumb topping. 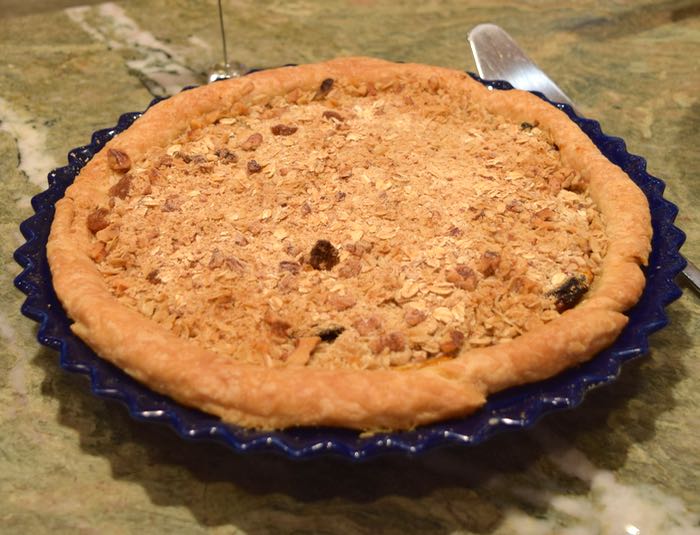 There were apple pies made with locally-grown heirloom apples. One with a top crust, the other with an almond and ginger crumble. 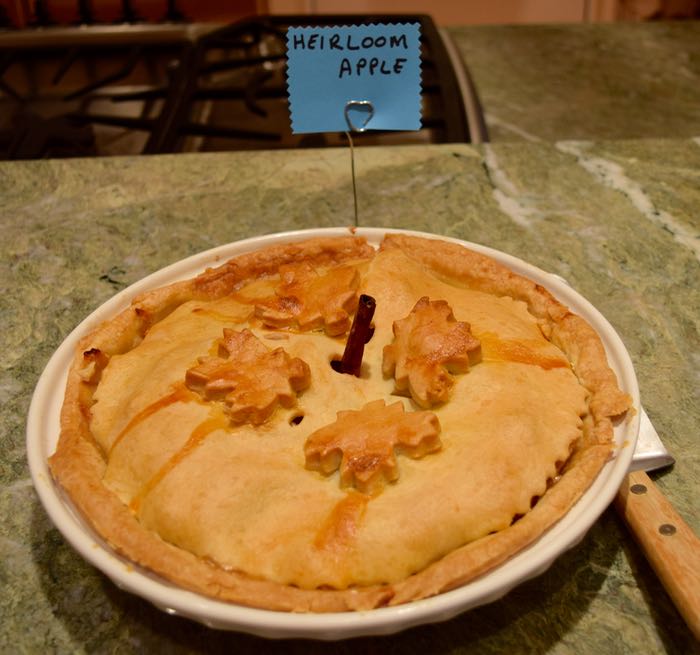 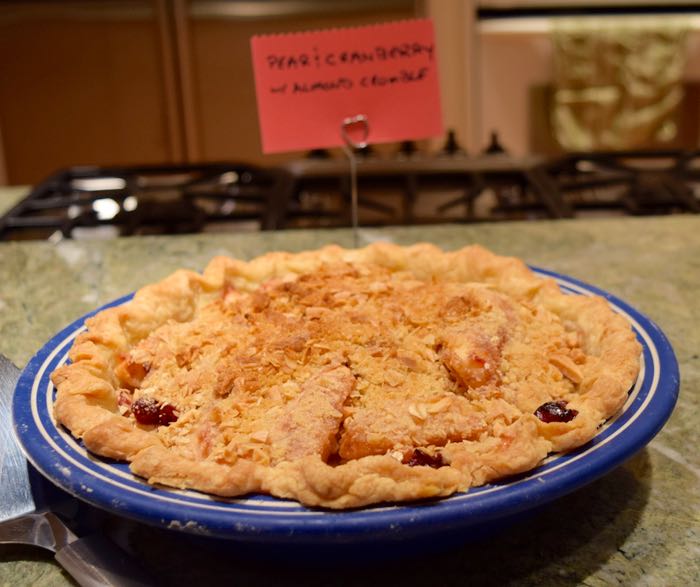 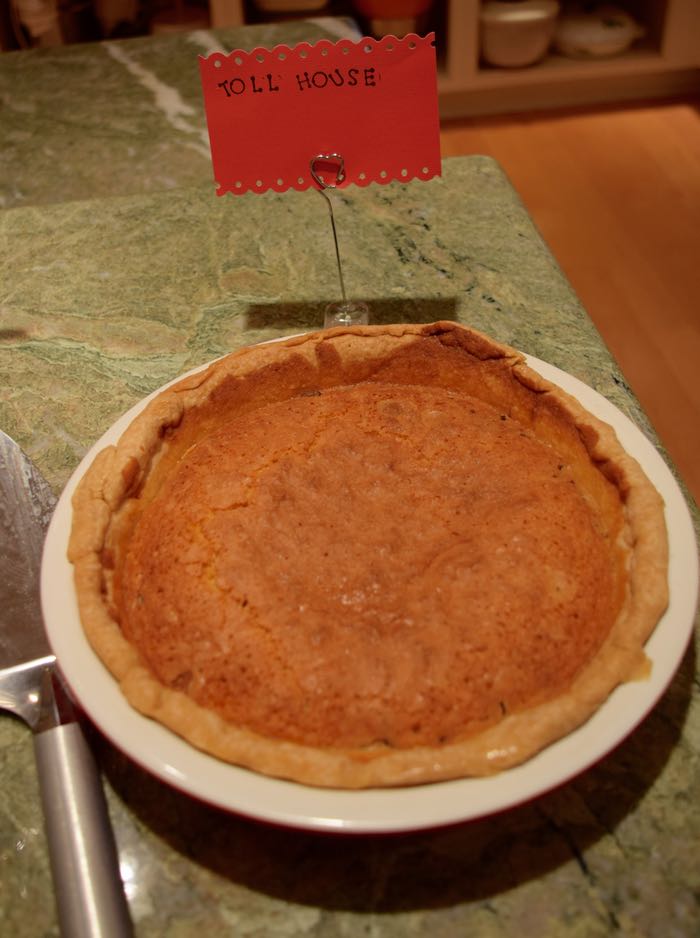 There was also Lemon Pie, Chocolate Pie, Raspberry Cream Cheese Pie, and that Cherry Invention. I set 8 pies out at a time, and as they’re finished, replenish the array. 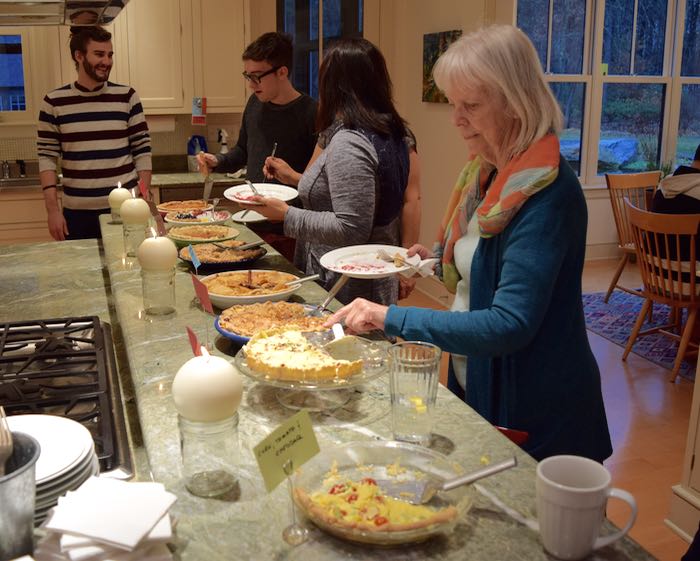 I made enough pies so that my son could take one back to Detroit (where he’s in college) and for us to have leftovers. But none of the savory pies remain. I might just have to make another pie…