I have two barns and two flocks. This gives me flexibility to divide my hens into different groups. Over the years, I’ve had a young flock and an aged flock. A flock of mellow hens, and one with those more assertive about their resources. I’ve been able to raise chicks in one barn and have everyone else in the other. Right now I have only four hens in one coop and ten in the other. I’m planning on merging these two groups into the Big Barn. Fourteen hens can fit comfortably there. I’ve got several reasons to do this.

I remember last winter. There was a lot of shoveling and water hauling. All of the hens in one space will ease up the work load. 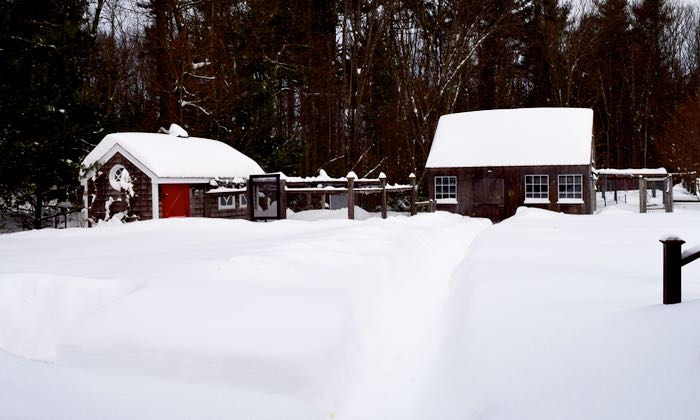 Phoebe lives in the Little Barn. Unlike the late, great Empress of the Coop, Candy, this little rabbit isn’t that fond of the chickens. She doesn’t have it in her to boss them around. She prefers to avoid them. Unlike Candy, Phoebe pees in the coop. The added moisture and urine isn’t good for the respiratory health of the hens in the winter. If we moved the chickens to the Big Barn, and leave Phoebe where she is, she’ll happily live there on her own. Phoebe likes to tunnel in snow, so we wouldn’t have to shovel the pen. Also, it’s easy to clean up after her, because she has one area that she pees in. Tidy, less work, and a happier bunny. Win-win.

But, these flocks have lived separately for a couple of years. Even when free-ranging at the same time, they keep to themselves. 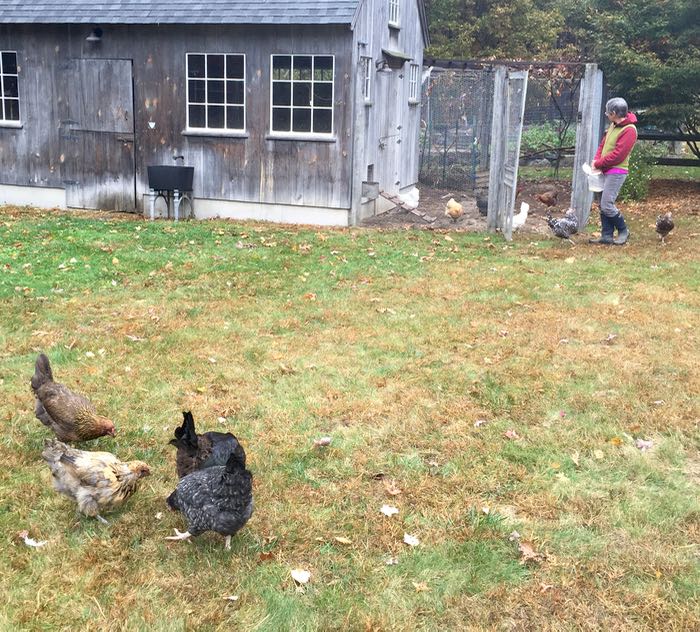 I want them to meet and mingle. Twice now, I’ve let them out and tossed corn on the lawn.

Scratch corn is a rare treat, and hard to resist. Veronica is the last to brave going near the other hens to get it. 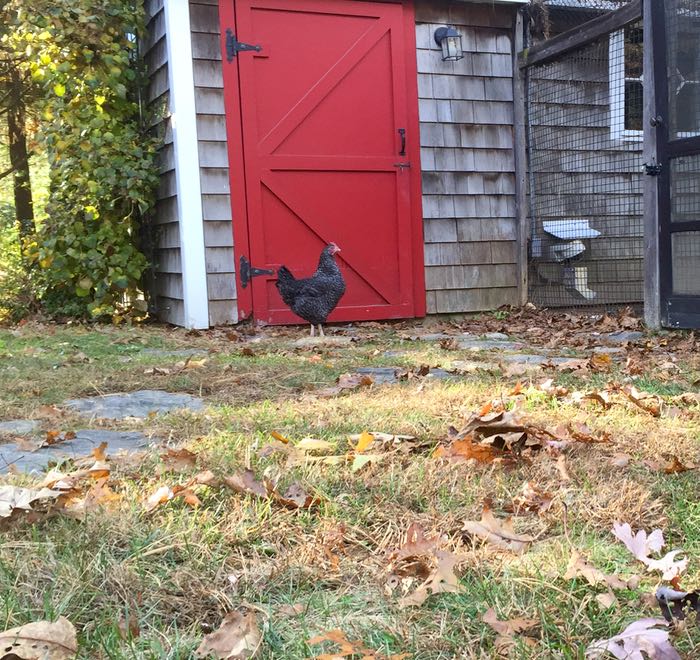 The hens are wary of each other. Except for Agatha, who doesn’t seem to notice that there are chickens about that she doesn’t dorm with. She eats right next to Owly and Beulah. 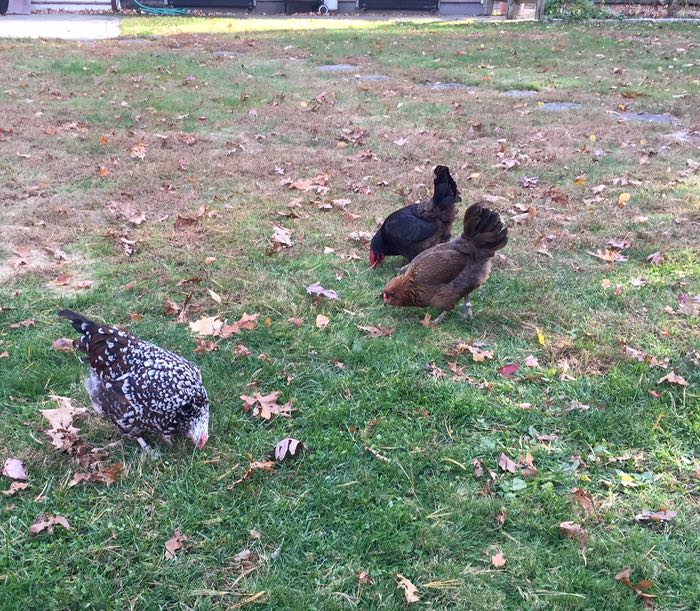 I was not at all surprised that the Black Star, Beulah, was the first to take offense at a strange chicken nearby. She’s on the top of the pecking order. I was also not surprised that the hen that Beulah gave the stink-eye to was Jasper. They glared. 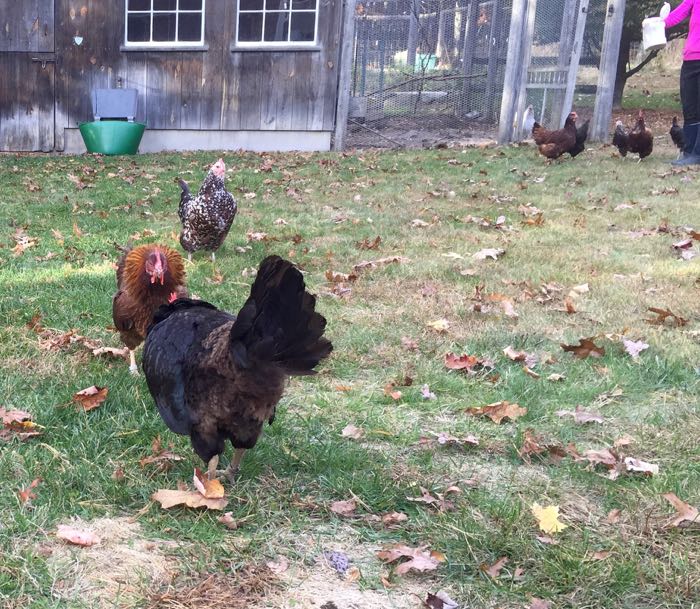 They chest bumped. Notice who is looking on. Agatha. 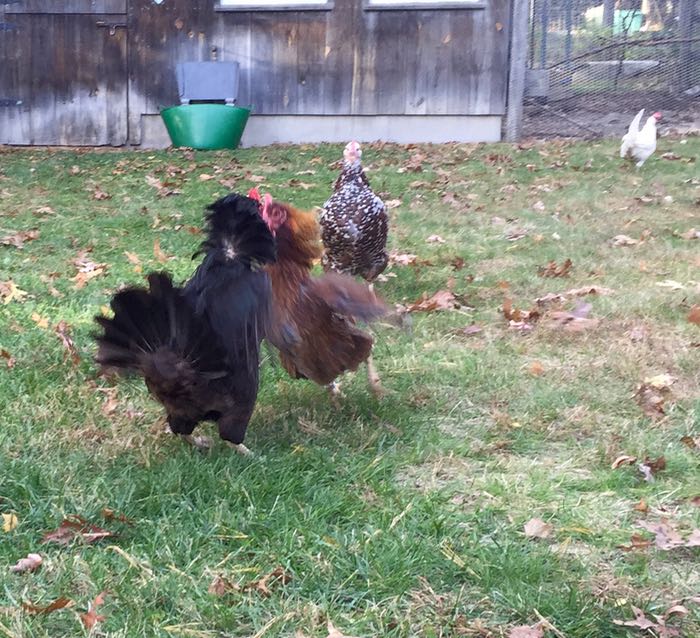 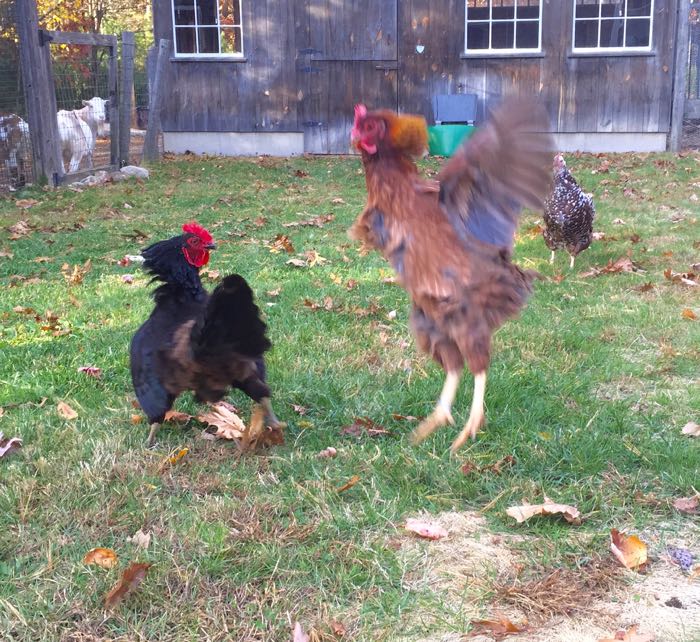 There wasn’t any blood. No one was going in for the kill. In fact, they were taking a lot of care to avoid each other. 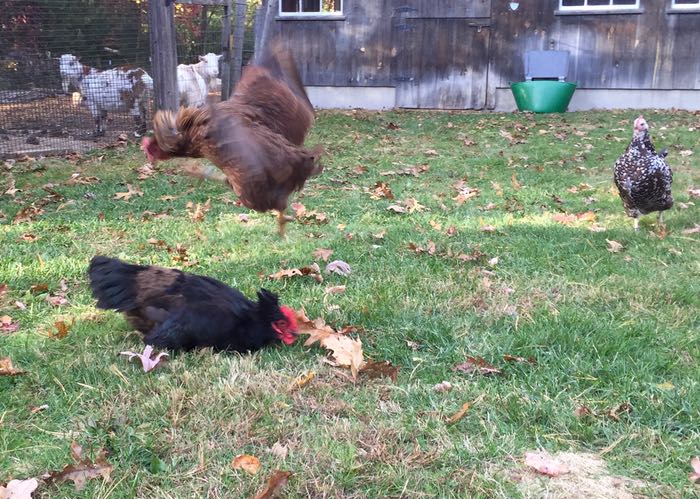 But I never like to see one hen pin another down, and when that happened I quietly stepped between them and called Jasper away. 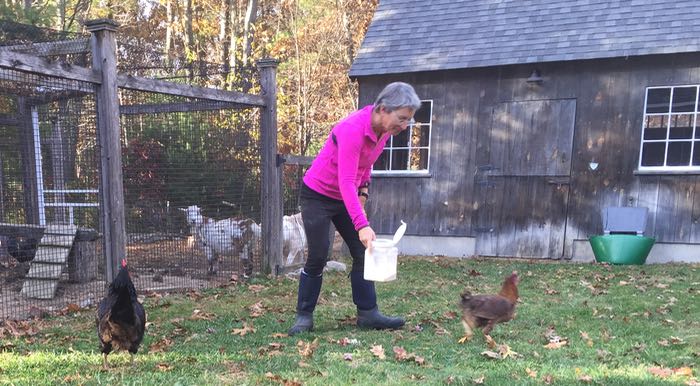 Everyone had had enough for now, so I called the Gems back to their coop. Agatha was last. Of course.

The weather should be beautiful all week, so I’ll continue to let the hens out onto the lawn, entice them to mingle, and monitor what happens. There will be tussles and scuffles, but hopefully it’ll settle enough that I’ll be able to merge the flocks before the first snowfall.