All of us face challenges in our lives. Those of you who have followed this blog for years know that my ring of fire to go through was hearing loss that eventually resulted in deafness. Starting in my twenties, I wore hearing aids, but as my hearing declined, that technology no longer filled in the gaps and I could barely function in the hearing world. Even dinner table conversation with my son became impossible. In December of 2010 I had a cochlear implant installed in my left ear. The following year I had one implanted in the right. I had hoped that these devices would enable me to hear conversation, and they have, but they’ve given me back so much more than that. I’m still deaf, but with these cochlear implants turned on, I’m fully back into the world of sound. I’ve written about that here. 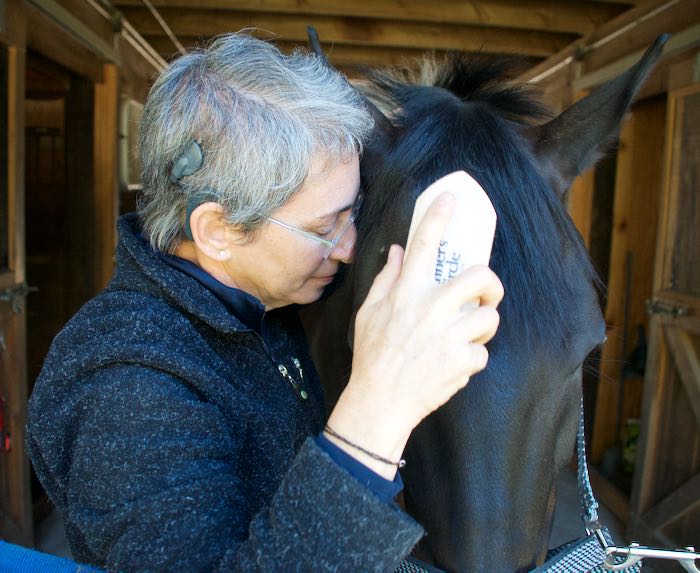 I wear my hair short. My CIs are visible. No one notices or cares – certainly not the ones that matter to me.

This transformation in my life could be called a miracle. Put me into a soundproof booth, and my hearing tests at 98%! But, it’s not a miracle, it’s the result of decades of hard work by scientists, and the years of training that surgeons go through, and the on-going education of audiologists. Hearing loss isn’t a disability that is visible, and it’s not one that young researchers think about delving into, nor that foundations throw a lot of money at. One of the few organizations that helps to fund the science that gives hope to people with hearing loss is the Hearing Health Foundation. When they asked me to write something for their website, I said yes. Here is what I wrote.