Tonka had five weeks off to recover from a muscle pull in his shoulder. I wasn’t in a rush. I’d rather use rest than drugs. He’s 100% sound now. My instructor has given me a good rule of thumb – for every week off due to injury, expect to take two weeks of riding work to get back to where you were. So, we have over two months to get back into shape. Lucky for both of us, this is the prime season for trail riding. No bugs. Cool temps. Good footing. We’re heading out tomorrow for a long walk in the woods.

(Here’s Tonka waiting for supper. As you can see, he hasn’t lost any of his gleam or vigor.) 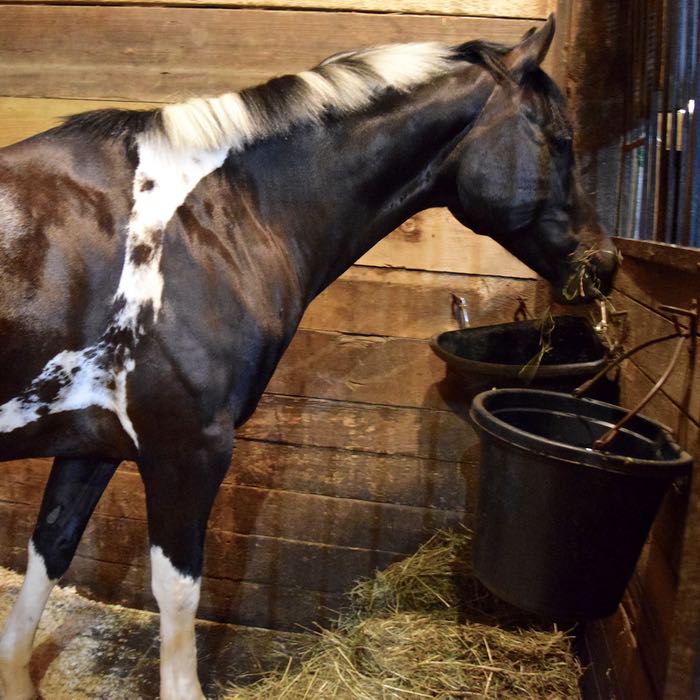 Lily has adjusted to life with a painful and mostly useless rear leg joint. She’s still my shadow, but there’s a lot more lying down on the job. Much time is spent under my desk, where she gives herself permission to nap – not only is the leg injuring tiring, but she’s an old dog who needs to rest – so I’m glad to see her there (and hear her nose whistles.) 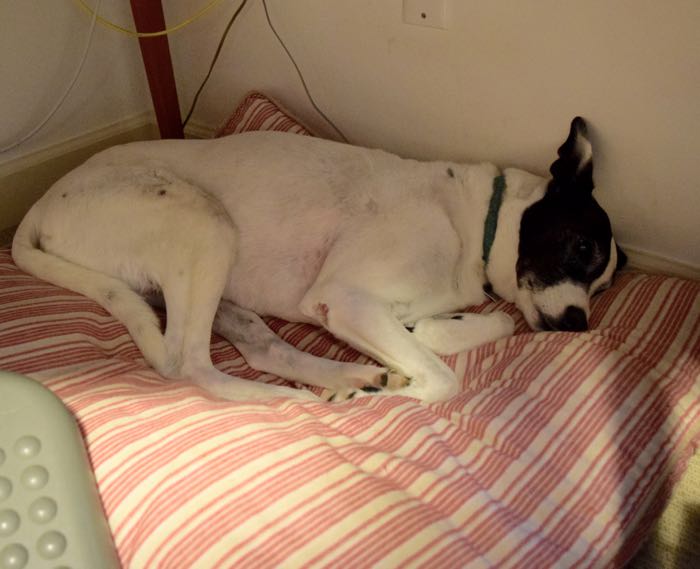 Lily also goes out on the porch, where she remains vigilant from her comfy bed. 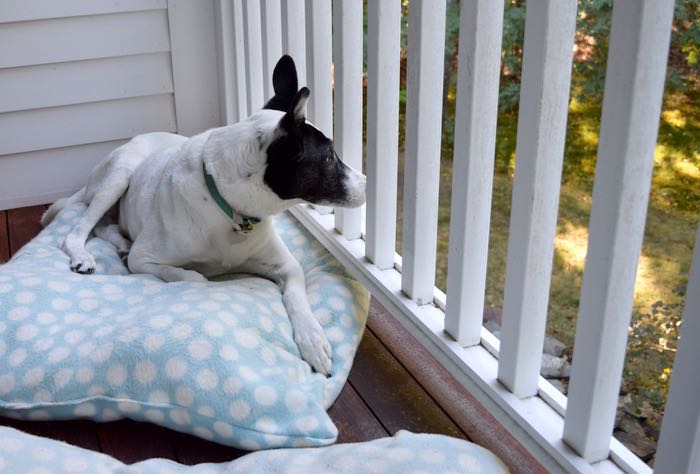 So far, her other three legs are keeping her steady. I try to limit her activity so that they stay that way, but, well, she’s Lily.

The second day after the treatment with ivermectin, the bot fly larvae were vanquished and Caper’s nose was on the mend. He says that it’s all better and that soapy wet washcloths are no longer necessary. If you have a goat that likes to be cleaned up and fussed over, let me know about it. Mine don’t! 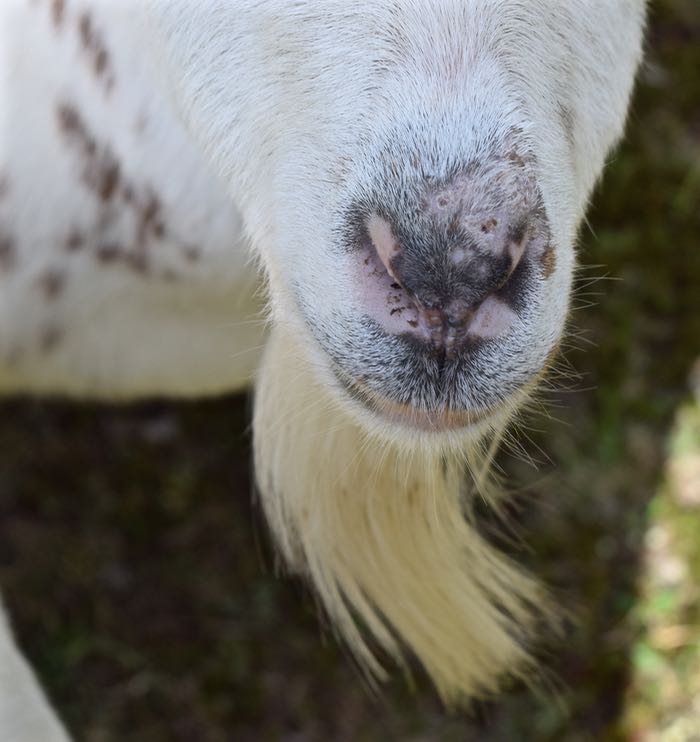 Twiggy took a one week break from laying. I thought she might molt, but she hasn’t. She’s back to leaving her large white eggs in the nesting box, however, now it’s every other day, not daily. Still, she appears fine and none of the Gems bother her. I still don’t know why the other flock turned on her. 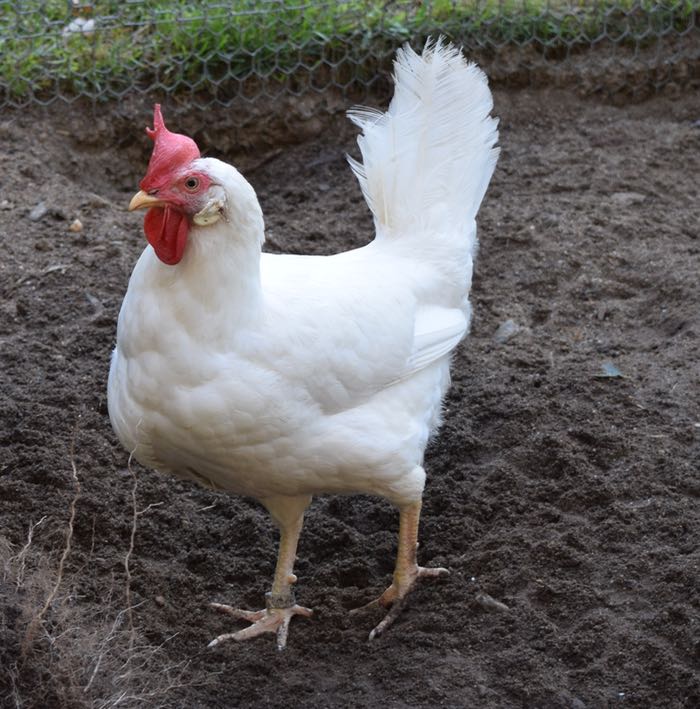 Pearl, who molted early and dramatically, has grown in tight feathers (see along her back and base of her wing), which contrast with the fluffy older feathers that have yet to drop. I’ll continue to see the molt in members of the flock, at various stages, through November. 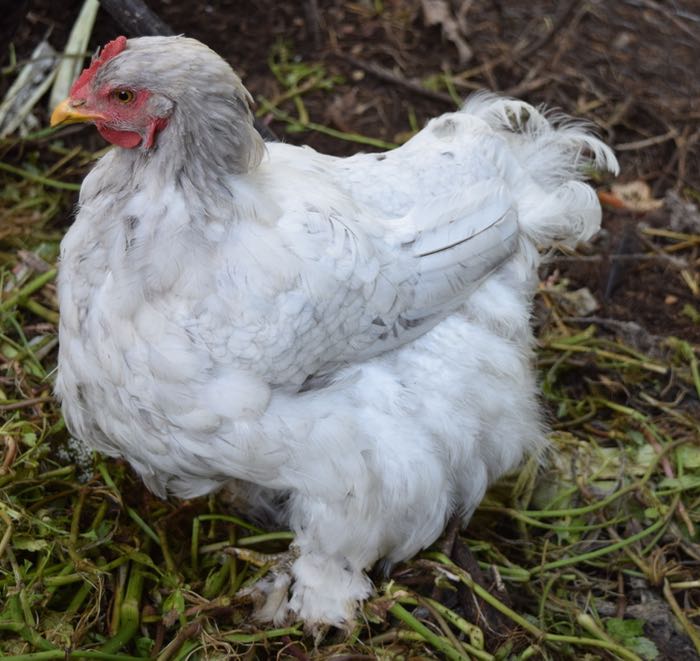 Lastly in this update is Jasper. She’s molted, but she’ll never look good. As a chick she encouraged the other hens to pick at and eat her tail feathers. Why is a mystery. This is why it’s so important to know your birds. To a visitor, she looks awful, but it’s normal for her. Jasper will never win a beauty contest, but she doesn’t care, and I won’t either. 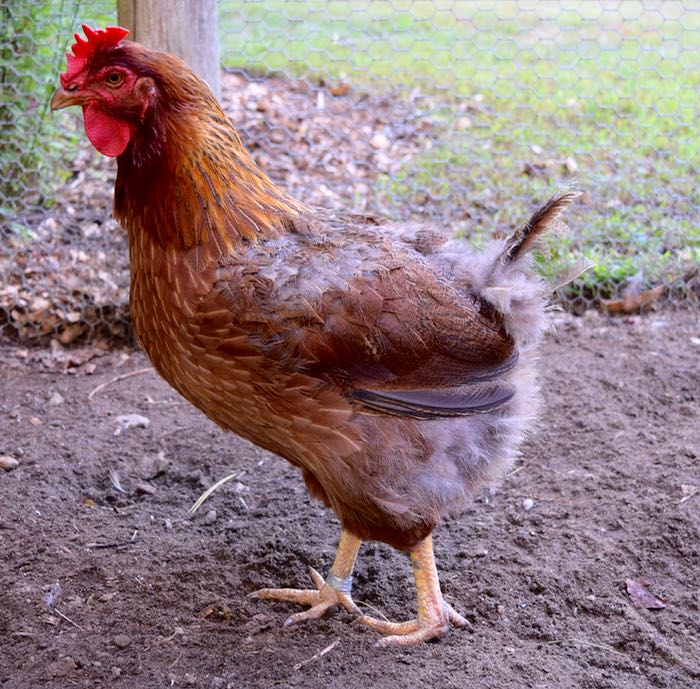