Goats were never designed to be sleek animals, and my goats, being Nigerian Dwarf Dairy Goats, are especially… ahem…. composed of rounded contours. Pip and Caper are wethers – neutered males – which makes them even more prone to looking like beach balls on sticks.

Goats are designed to eat forage constantly throughout the day. Well, that is, when they’re not resting to chew their cuds and digest what they’ve consumed. They have four stomachs to contain and process all of that roughage. The largest is the rumen which can hold several gallons of feed. It’s rather obvious where the rumen is when you look at the boys top-down. 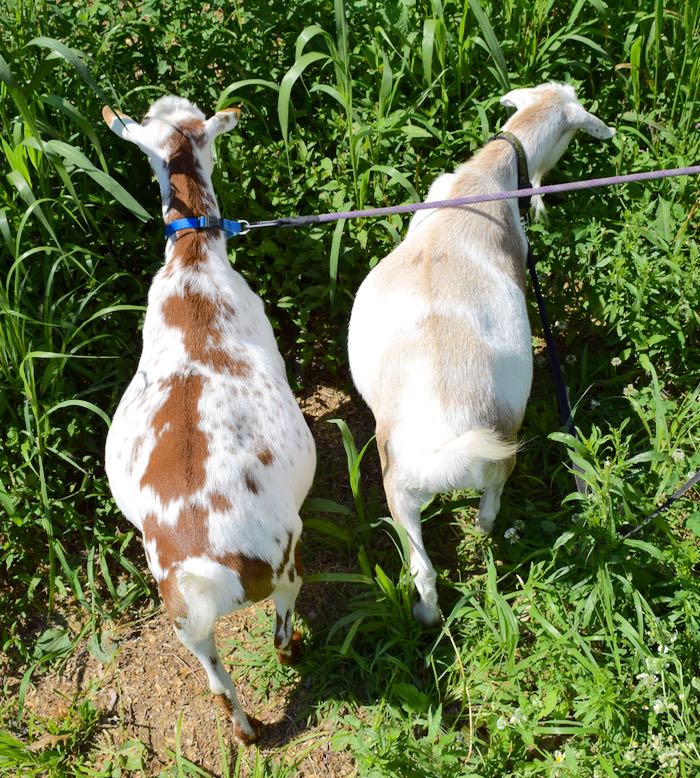 The rumen is not centered inside of the goat, it’s actually more to the left. New goat owners often panic when they see something the size of a volleyball protruding on one side of the goat. It’s actually a good thing to see a full rumen. And, it should be noisy! Inside of the the rumen are millions (billions?) of bacteria doing the work of breaking down the feed into usable components. Put your ear to the side of your goat and you’ll hear rumblings and grumblings. Silence is an indication of a sick goat.

often sets things right, although dosing is not tidy. I had to do this once for Pip. See his pink beard in this post.)

Given their druthers, goats prefer prickly browse and a wide selection of weeds. My goat boys have eaten all of that “good” stuff out of their pasture, but luckily for them, this year I’m giving the pumpkin patch a rest. I could have tilled it, or mowed it, but I knew that if it went to weeds that the goaties would be in munching heaven. 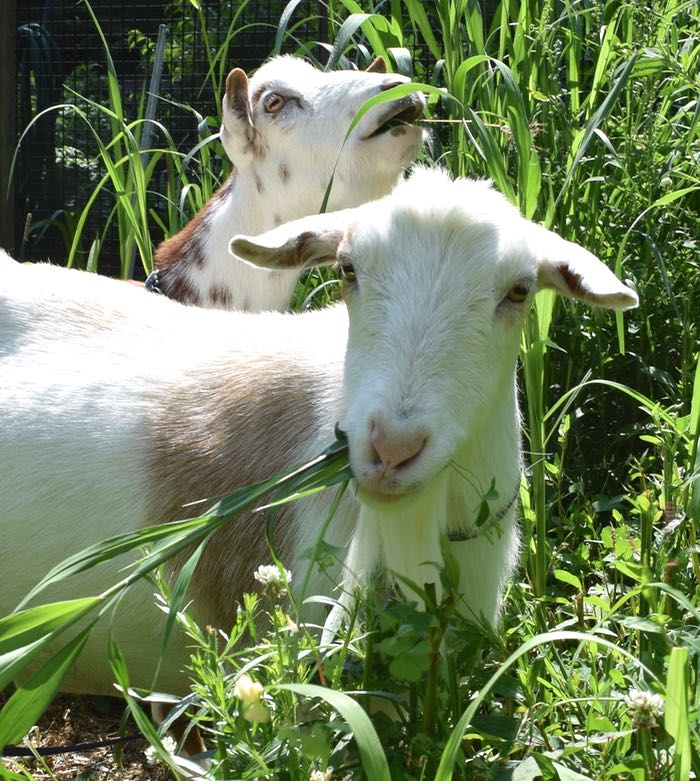 I try to get them out there for a half-hour a day. They’re on leashes, because as much as they love the weeds, they know that my rose bushes are not far away, and things with thorns are far tastier to them than this tall grass. 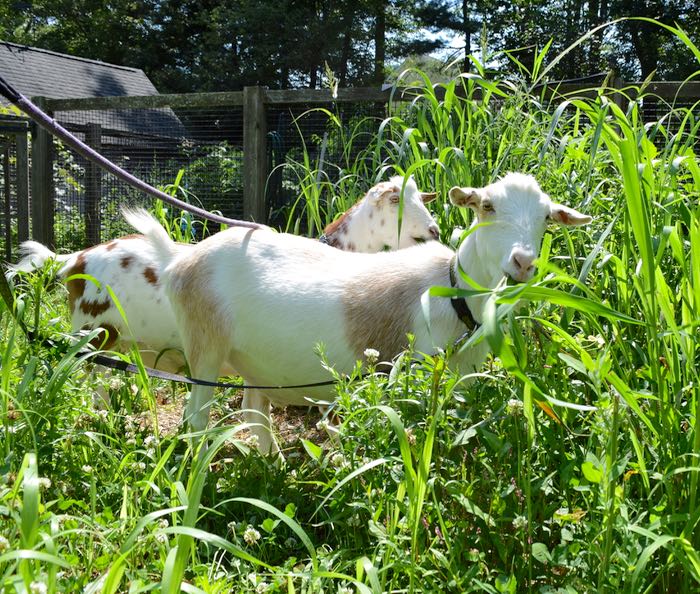 The other day I got out the tape measure to see how big around the goats were before their outing. Pip was 43 inches at the widest, Caper 45. They ate and ate. A half-hour later, Caper was 47 inches around, and Pip was 45 1/2 inches. 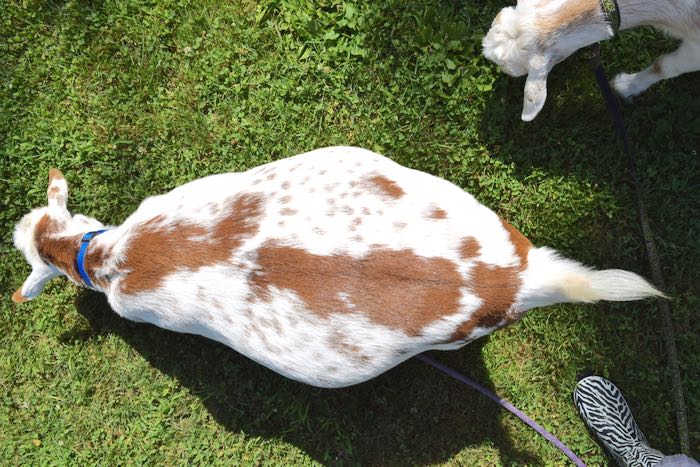 There was a lot of cud-chewing to do back in their paddock! 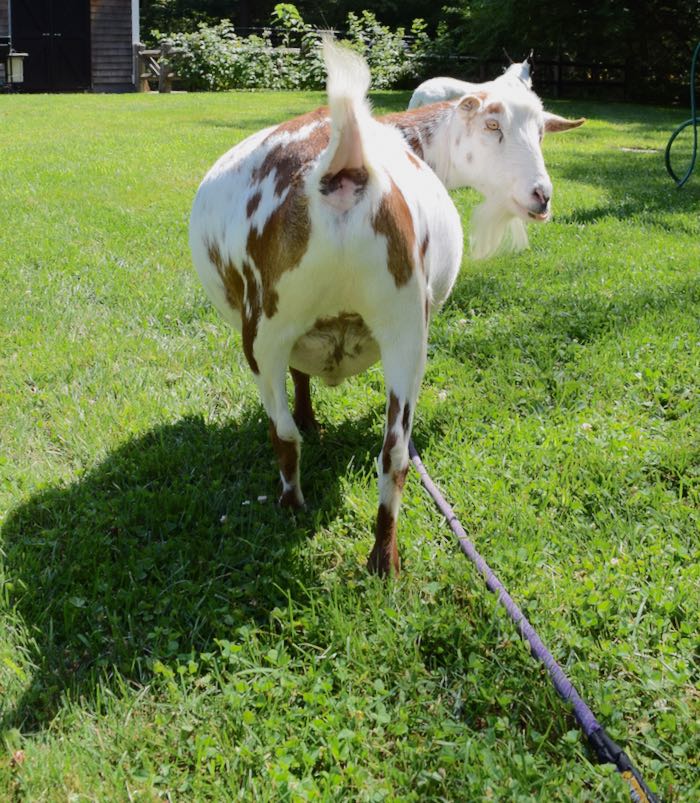