This past week, Opal provided me with a the opportunity to show you how I go about diagnosing and treating a health issue in an older hen. On Thursday, after Steve closed up the hens for the night, he told me that Opal was making an odd noise. I went out to see.

This was a hen in some sort of distress. Her eyes were clear and there was no sound of gurgling breathing, so I didn’t think that it was a respiratory problem. The hens were getting onto their roosts. Everyone was ignoring Opal. I decided to wait until the morning and see what developed.

In the morning, all was quiet and Opal looked and sounded okay. But, that afternoon, Opal was in a nesting box and her head was splattered with blood. Chickens know when a hen isn’t well, and they’ll often take advantage of the situation, pecking to keep the hen away from resources like food or a favored nesting box.

Opal needed to be cleaned up, checked over and observed for awhile. Most people’s first inclination, when faced with a possibly sick hen, is to bring her inside and baby her. This is not usually a good idea. First of all, chickens shed dirt and dander, and their manure breaks down into ammonia fumes. This is not something that you want in your house. Secondly, chickens have small and not particularly robust lungs. Fresh air is best for them. Thirdly, removing a chicken from the group is stressful for her, and if kept away for more than a day, you’ll have difficulty reintegrating the hen back into the flock. However, it was 10° F outside. I brought her into the house.

I looked Opal over, with her breeding and history in mind. She is a Delaware, which is a breed developed in the 1940s for meat, so she’s a big bird, and not one that was ever meant to live past her first year. Delawares are good layers, though, and gentle hens, and so are a nice addition to a backyard flock. Opal is turning four, which is well past her prime. She has had laying issues – she has infectious bronchitis, which causes thin-shelled, wrinkly eggs. This winter I’ve noticed that her bottom is dirtier than usual – in these cold temperatures diarrhea freezes on the hen before she can tidy herself up. Something was amiss. But, since she was eating and behaving normally, I’d let her be.

Now, with her odd vocalizations and the blood on her head, it was time for an epsom salt soak, which I call the Spa Treatment. 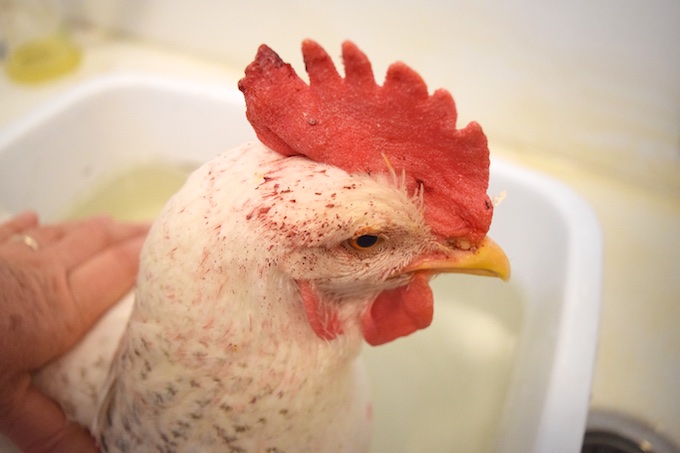 It took a bit to figure out where the blood was coming from. I gently cleaned it off with a warm, wet wash cloth. 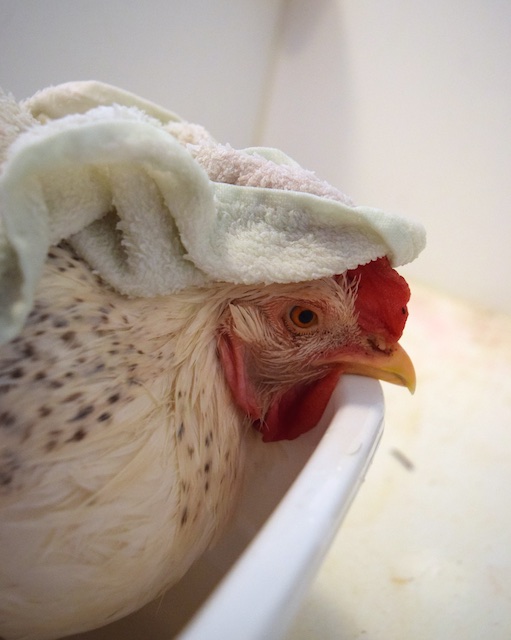 Someone must have grabbed her comb and yanked, as the base of it had detached from her head. It was already healing back in place. Chickens have a remarkable ability to recover from wounds.

Opal’s bottom needed a soaking and rinsing. As with most hens who have had a runny discharge for awhile, the area was bare of feathers. However, it was otherwise fine with smooth pink skin and no signs of external parasites. 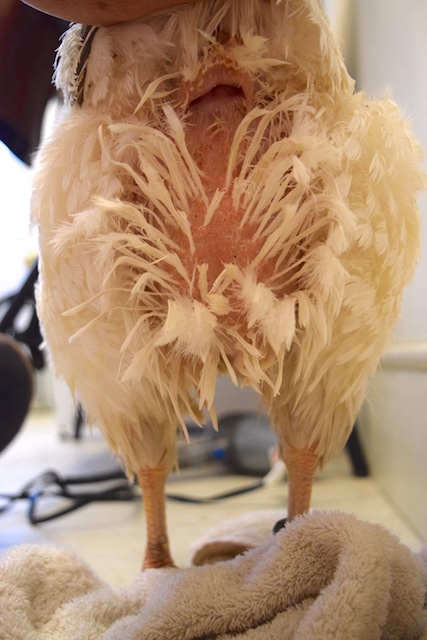 Her vent (that’s the opening that both the egg and the manure comes out of) was soft and wide, indications that she is in lay. But, I haven’t collected any eggs from her this season, which is cause for concern. Is she an internal layer? (That is when eggs, not yet fully formed, slip out of the reproductive tract and accumulate in the body cavity.) Her vent was pulsing – a sure sign of internal distress. I don’t jump to the conclusion that there is a stuck egg because I haven’t found egg binding to be prevalent. I’ve done 21 necropsies and have only found one true case. Rather, these symptoms of straining and diarrhea, when they progress to death, are more often caused by cancer or internal laying. There’s no way of knowing which disease she has until the bird dies and a necropsy is done. But, honestly, it doesn’t matter to the hen or to the caregiver – there’s no cure.

However, and this is the big however, sometimes a hen shows distress and if you can move things along inside of her, and right any metabolic imbalances, then the hen can recover. The first thing to do is that

Amazon Auto Links: 429: Too Many Requests ; TooManyRequests: The request was denied due to request throttling. Please verify the number of requests made per second to the Amazon Product Advertising API.

soak. This is not the first time that I’ve had to do this for Opal. Back in August, we did this same routine. And she recovered. 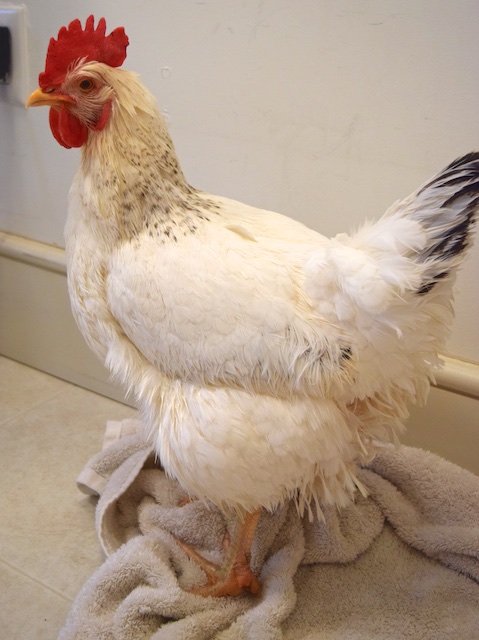 After her bath, I blow dried her and put her into a dog crate in the mudroom in order to observe how much she ate and drank, and what came out her vent. 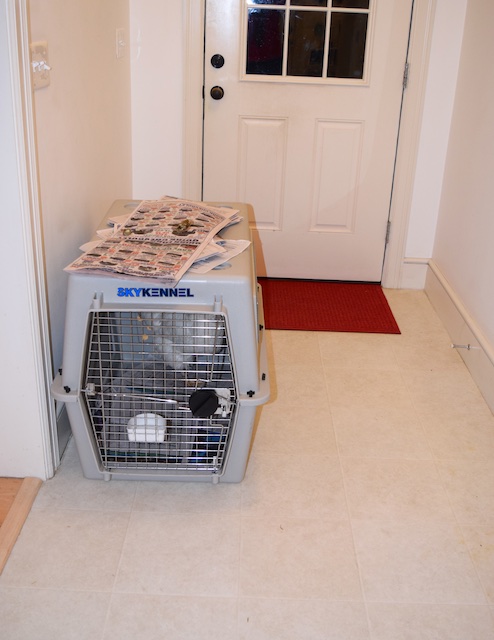 She had no lack of appetite, a very good sign. No lethargy. The crucial tell would be what she passed.

That wasn’t so good. Diarrhea. 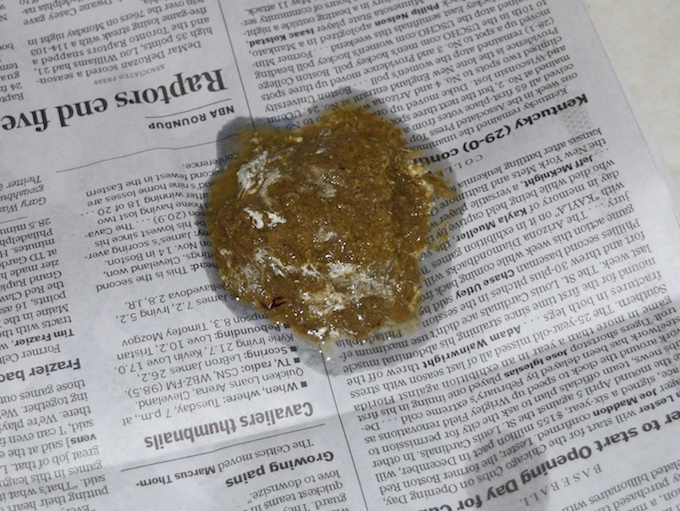 On the plus side, it wasn’t green or yellow (indications of severe ailments without a cure.) Over the course of 8 hours, she did a normal poo. 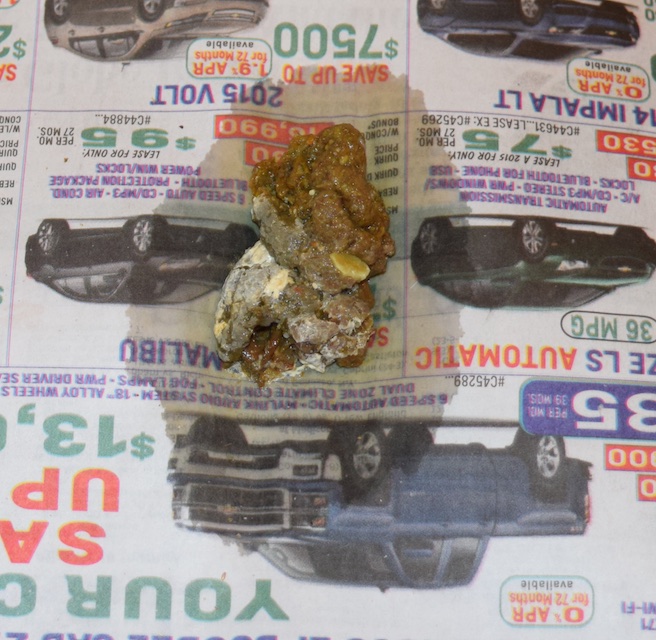 But then it went back to the diarrhea.

At this point I evaluated the situation. Something was wrong inside of Opal – ongoing diarrhea pointed to that. However, she was no longer squawking in distress. She was eating and drinking and walking normally. Her comb was healing and there was no obvious bloody spot for the hens to attack. It was time to put Opal back in with her flock.

Two days later, her bottom remains free of manure. The Gems are leaving her comb alone. 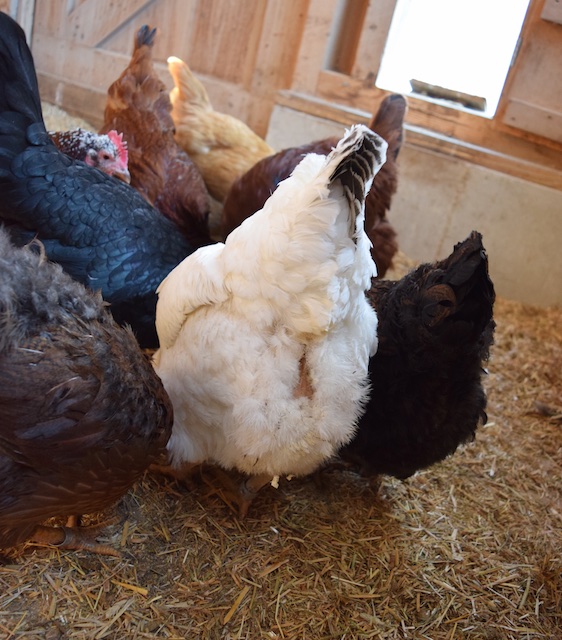 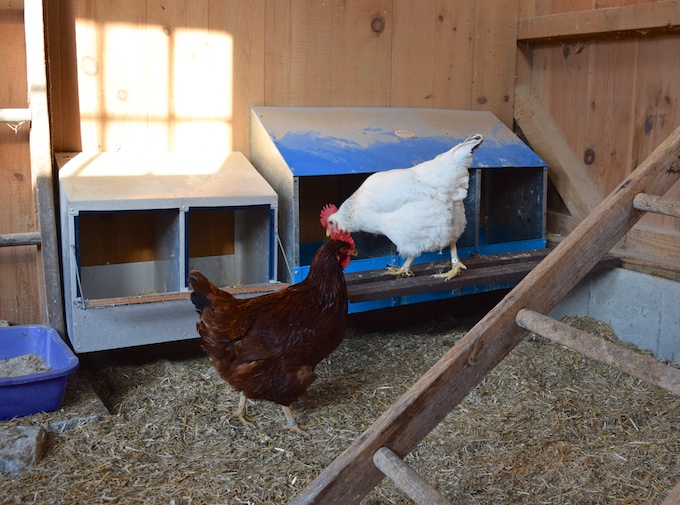 Honestly, I’m not optimistic about her long-term chances. She has issues. At this point, though, a little TLC gets her through. It’s important that any treatment is brief and gets her right back in with the flock. If Opal stops eating and strutting around and interacting with the flock, then I’ll know that her time is up. For now, though, she’s a big hen with a very clean and fluffy white bottom.