Bird flu. We knew that it’d get here eventually, and after years of watching and testing, and feeling relief that it wasn’t yet on this continent, we’re now seeing cases in the Northwest.

There are many iterations of bird flu (also known as avian Influenza or AI). They’re all highly infectious viral diseases, which means that they spread rapidly from bird to bird. Bird flu is most often spread from migratory wildfowl to domestic flocks, but can also travel via manure on boots and in car treads. Chickens exposed to avian influenza suffer from respiratory disease. Some AI is low pathogenic, which means that exposed birds get mildly sick, and perhaps have a reduction in productivity. Some AI strains are highly pathogenic, which means that the birds rapidly become ill and mortality is high. Currently, the two strains that have appeared in North America are H5N2 and H5N8. H5N2 and H5N8 do not cause disease in humans, however, they can wreck devastation on a farm.

Most avian viruses don’t infect people, and that’s true for AI, too. Of all of the avian influenza viruses, only two are known to infect and sicken humans. These are the ones that you hear the most about in the news because they have caused several hundred human deaths. Look closely at these cases, and you find that the stricken people were often exposed to large quantities of diseased dead birds in unsanitary live poultry markets, or they were collecting feathers from dead wildfowl. There has been no human-to-human transmission. Nor is there a risk when eating properly cooked eggs and meat.

The poultry industry is rightly worried about this virus spreading. They have a lot of animals at stake. Some barns house 50,000 hens, and exposure to the virus means that all of the birds have to be culled and the farm quarantined. The industry would like to use AI as an excuse to control and restrict backyard chicken flocks, using the argument that infection will spread from a free-ranging flock to their businesses. I don’t believe that a hen on a suburban lot is a threat to them. It’s far more likely that a wild bird will be the vector. Also, there’s some research that the virus is more lethal in the conditions found in industrial agriculture. However, we must be prudent and responsible. If migratory wildfowl congregate on your property, keep you hens fenced away from where the geese and ducks roam. Don’t let your hens forage under wild bird feeders, or, better yet, don’t feed the wild birds. Do your best to keep sparrows and other birds out of your coops (don’t allow nesting in the eaves.) Practice good biosecurity. If you visit a friend’s flock, disinfect your shoes and wash your clothes when you come home. Have farm boots to lend out when people come to your backyard. Not all respiratory diseases seen in chickens are avian flu, but if you suddenly have several chickens die rapidly from breathing difficulties, (death happens 48 hours after the first symptoms are noticed) call your state agriculture department to find out about testing. It’s a horrible thought, but if you do have avian flu on your premises, you’ll need to cull your entire flock. This is important for your neighbor’s hens and for the health of wild birds. If you don’t, your chickens will be an on-going source of the disease and will spread it to wild birds (falcons and eagles have succumbed) as well as other flocks. Recently, even a zoo, who’s mission is to protect rare species, had to cull birds infected with AI.

Chickens, like the rest of us, are susceptible to, and get numerous ailments. We live in a world filled with pathogens. A hermetically-sealed chamber wouldn’t keep us safe, besides, that would be no way to live. Avian influenza is simply another health risk that we have to watch out for. Be prudent and use commonsense. 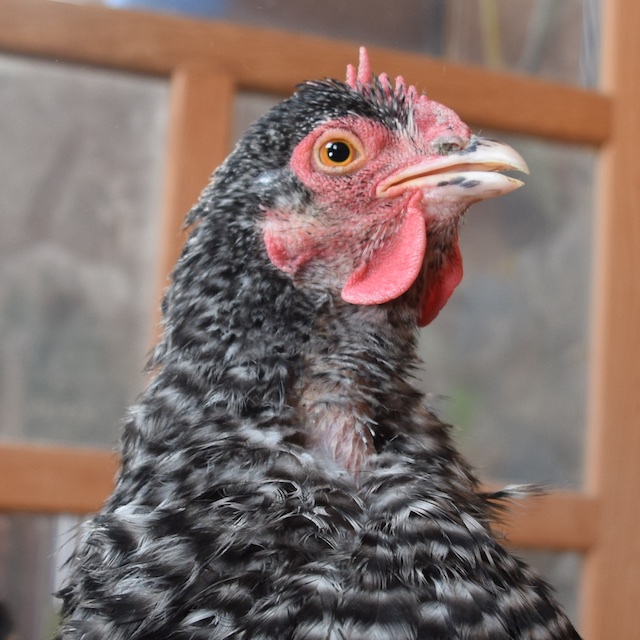