This is a cautionary tale. The outcome could have been much different. However, this is a story of but, thankfully.

For five years, the goat pasture was enclosed with an electric mesh fence, specifically designed for goats and chickens. It kept them in and it kept predators out. It was movable, so that sections of the pasture were grazed while others were left to grow the sort of browse that the goats love. Also, rotating pasture reduces the parasite load. But, there were downsides. When the ground was hard, the stakes were impossible to stomp into the earth. In the winter, it had to be taken up. So, last fall, I splurged on a permanent woven wire fence around the perimeter of the pasture.  But, I still wanted to manage the forage so I used the net fence to block off areas. The electricity didn’t reach out to that part of the pasture, but no matter, if the goats knocked the fence down, they’d just get a bit extra to eat. This worked perfectly for several months. 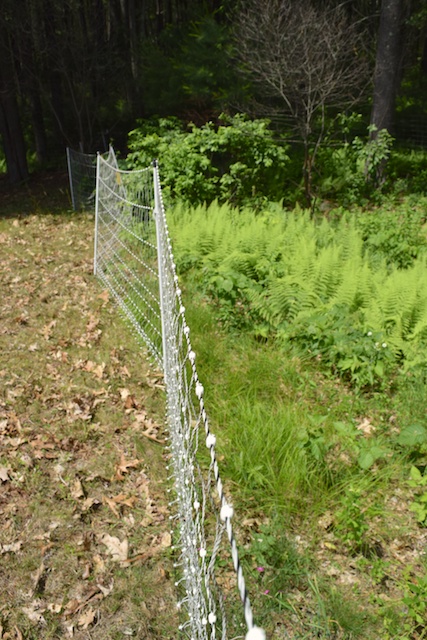 The other day, after lunch, I went out to the yard to take some photographs of flowers. I noticed that Caper was near the barn, but not Pip. They’re always together. This is the first but, thankfully. Here’s the thing – no matter how busy or distracted you are, always, ALWAYS pay attention to your animals. Know them so well, that even if it is a peaceful and beautiful afternoon, that if something, even a little something, seems off, go and see what is up. Drop everything.

I put down my camera and I looked around the barn. Pip had his foot stuck in the netting. Thankfully, it was a gorgeous day and the kitchen door was open. Thankfully both of my sons were home. Thankfully, one was eating lunch just inside of that kitchen door. I yelled for help. It wasn’t an emergency, but it always helps to have a second pair of hands when a hundred pound goat has a foot tangled in a fence.

To get to Pip, I had to go into the barn, open and close a stall door, and go down a small hill. It took forty seconds to reach him, and in that short span of time, the situation had changed. He was down and five strands of wire-reinforced nylon fencing were wrapped around his neck. His tongue was sticking out. He couldn’t breathe.

Goats are like this. If they can get into a trouble, and then multiply that trouble by a factor of ten, they will.

Meanwhile, I was doing my best to pull the fence away from Pip’s neck so that he could breathe. I was handed the scissors and I cut him free.

Pip stood up. Looked at me. Looked at the boys. Stepped over the fence (as if the fence wasn’t a danger to him at all) and started grazing on the long grass that he’d been trying to get to in the first place. Goats are like that.

I checked him all over. Not a laceration, or a bruise, or a lump. 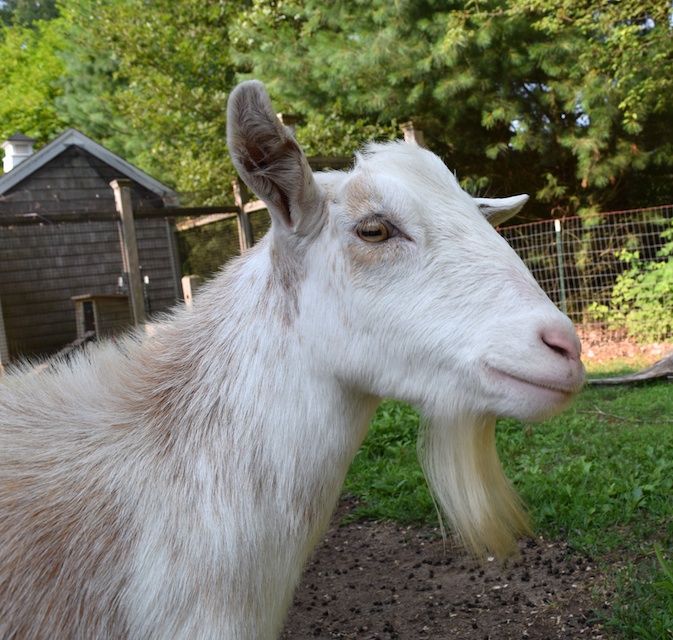 My sons helped me take down the mesh fence. I won’t be using it anymore. 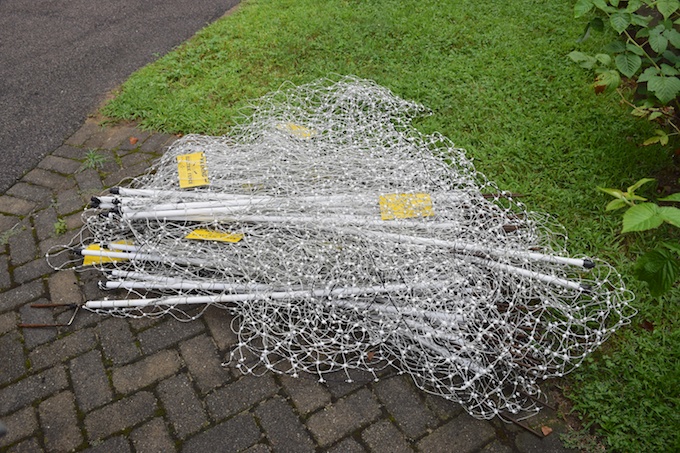 My goat mentor tells me that she’s had goats strung up in any number of ways. Some of her stories include broken bones, and worse. Goats are ridiculously fun to have around, but that fun comes with a flip side – if they can get into a predicament, they will.

I’m often asked, about the chickens and the goats, Can you leave them for a weekend? The answer is no. Sure, you could set them up with enough food and water. but, someone has to check in on them. The water could tip over. A predator could come by. A goat could get a hoof tangled in a fence. You never know.

I still get a pit in my stomach when I think about what could have been. But, thankfully, I was in the right place at exactly the right time, and I was paying attention. This story, this time, ended up okay.