At night, when we close up the barns, we count the hens to make sure that everyone has come inside. Last night, Steve went into the Big Barn and counted… three. Out of eleven hens. 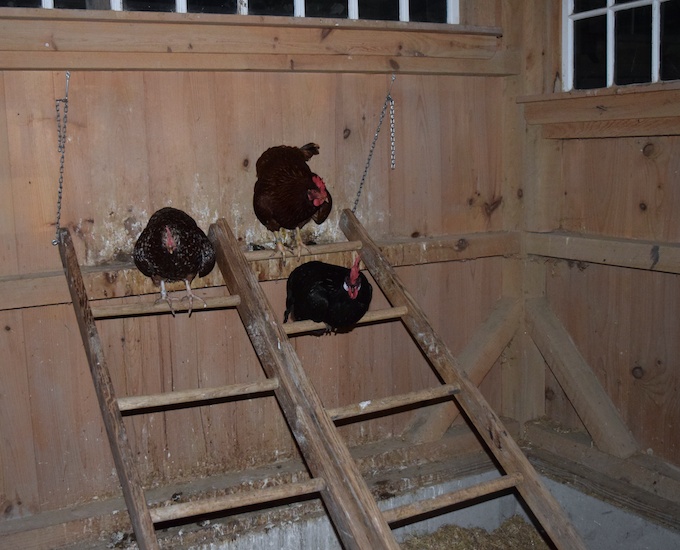 It was fully dark out. This was very, very strange. Where were the girls? They were pressed together on the outside roost. 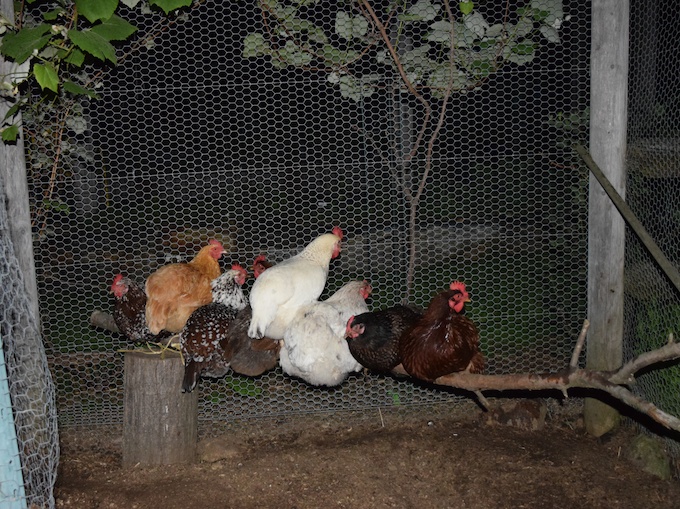 My hens are not allowed to sleep outside. Raccoons rip off hawk netting. Fisher cats shred chicken wire. Weasels slip through two-inch gaps to come hunting chickens. No, outside roosts are never, ever a safe place to be at night. Chickens know this. Hens put themselves to bed. As soon as dusk begins to fall, they trot into the coop, chortle and coo, and nestle in next to their best friends on the ladders leaning against the wall.

Chickens have exceptionally good vision in the daytime, but can’t see a thing at night. They know that they are literally “sitting ducks” if caught out in the dark. And so, they go to bed early. They are never out after nightfall. So, what were my girls doing huddled on that roost? A light drizzle was falling. It wasn’t because they wanted to enjoy the summer weather.

When it is very hot, hens avoid stifling temperatures, and so they’ll find a cooler place to roost. If that is the case, improve your coop’s ventilation and possibly add a fan. That wasn’t the issue last night.

Sometimes, without you realizing it, the coop becomes infested with mites. These usually come out of the woodwork at night and attack the flock. That wasn’t the case here, either.

Predators can scare chickens away from their roosts. Snakes take up residence. An opossum decides to nap in a nesting box. A bobcat has been pacing by the door. Again, that wasn’t why my hens were outside.

Sometimes, the design of the coop keeps the hens from going inside. One popular blueprint, available on-line, of a coop on stilts, has the ramp going into the coop from the center of the floor. Sited in the shade, the area below the coop becomes too dark for the hens to see their way inside, and so they can become stuck out in their pen all night. I’ve advised a couple of people who have had this exact issue, to cut a door on the side of the coop, and the problem was immediately solved. My girls can easily see their way inside. What was going on?

The answer was obvious. That morning I had put a new feeder inside the of the coop. Grandpa’s Feeders had asked me to try one of their models. The hens step on a lever to open it up. This prevents sparrows from getting to the feed. I have a sparrow problem, and this sounded like a good idea. My hens didn’t agree. 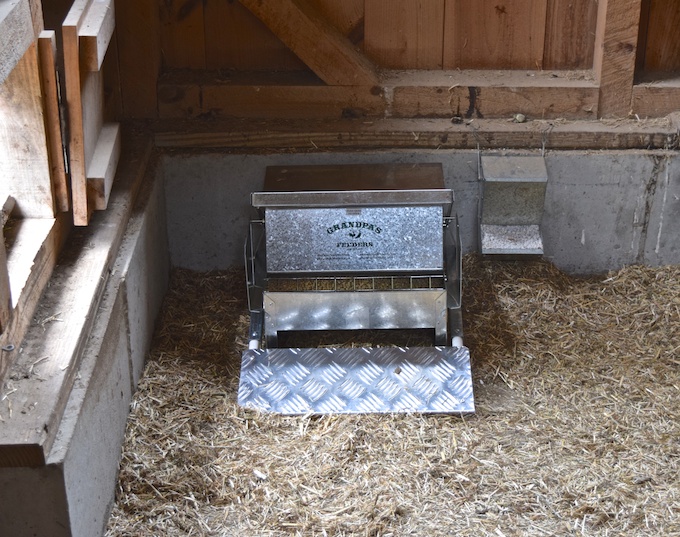 I put the feeder out-of-the-way (or so I thought!) in the corner of the coop. For the first week it is kept in the open position so that the hens learn to step up to eat. Obviously, my girls had no intention of stepping anywhere near it. In fact, that piece of metal was so terrifying that once they were outside, they daren’t come back in. Not even at night to go to bed.

One by one, I carried the girls inside. 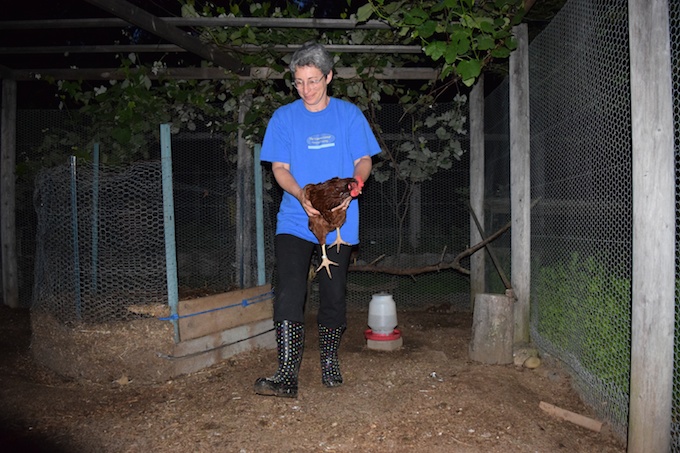 This morning, after the sun rose, the hens had more time to eye the contraption. 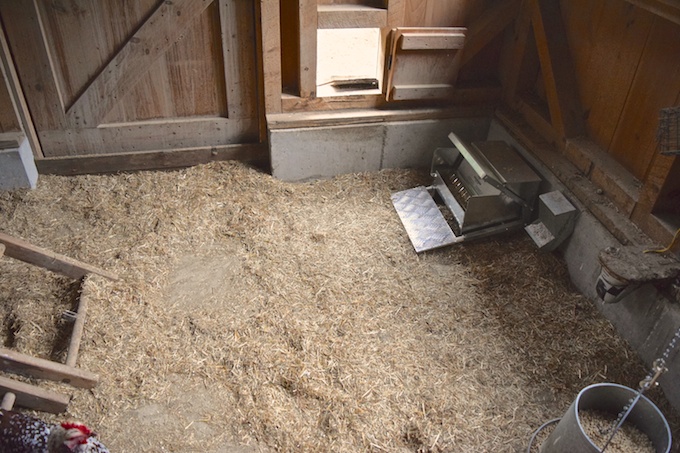 They didn’t like what they saw and stayed safely at a distance, talking heatedly about the intruder. 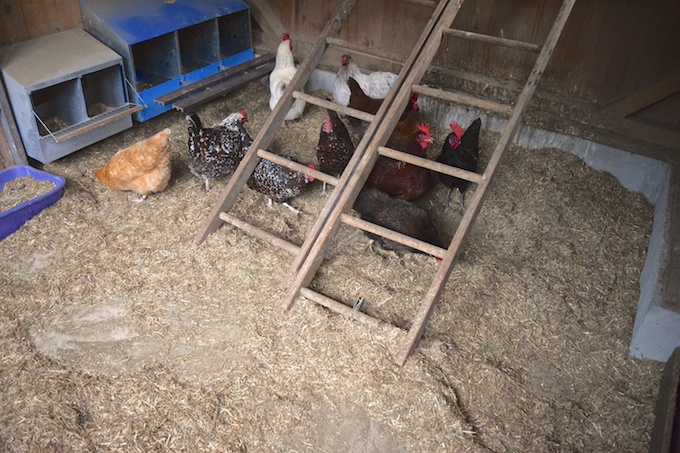 I, on the other hand, think that the feeder is well-made and would be delighted if I could stop providing sparrows with laying hen pellets. I left the feeder in the corner and opened up the big door so that the girls could hurry out past it.

At some point the Gems will figure out that there is food in there. Maybe. You can guess, but you never really know what chickens are thinking.