I keep my two barns mucked out and clean. Inside of my coops, the air is fresh and the bedding is dry. But, the reality is that chickens poop. A lot. Hens defecate, not only when they’re running around outside, but also while they’re sleeping. The manure accumulates under the roosts and, in the case of my barn, on the beams. (Some coops have poop boards, where manure collects rather than dropping into the bedding. These still need frequent scraping off.) 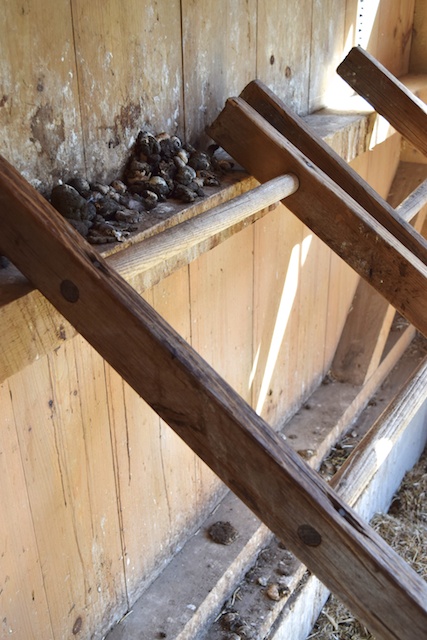 In warm weather, that manure is a breeding ground for flies. Keeping the manure managed, by frequent cleaning and composting helps to control the insects. But, wood can absorb damp and enough fecal material to harbor flies, so I take one more step. After removing the manure, I spritz the wood with my homemade chicken coop disinfectant. 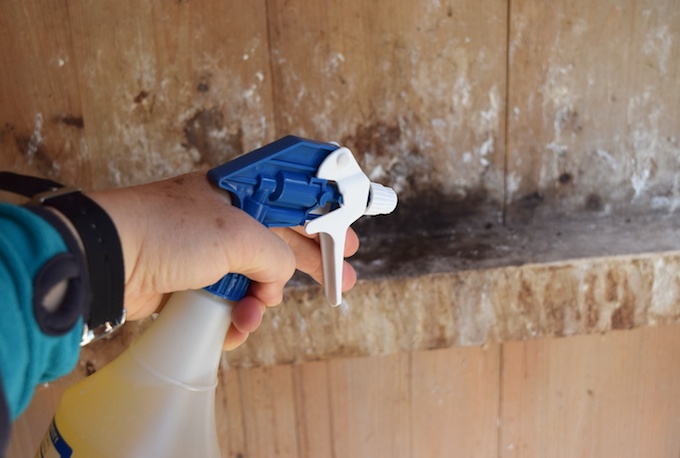 This disinfectant effectively kills flies, especially the tiny ones emerging from the muck. But, it doesn’t harm or bother the hens at all, as can be seen in this photo. While I was cleaning and spritzing, the chickens ignored me while they had their usual morning drama over the one and only nesting box that everyone wanted to use. 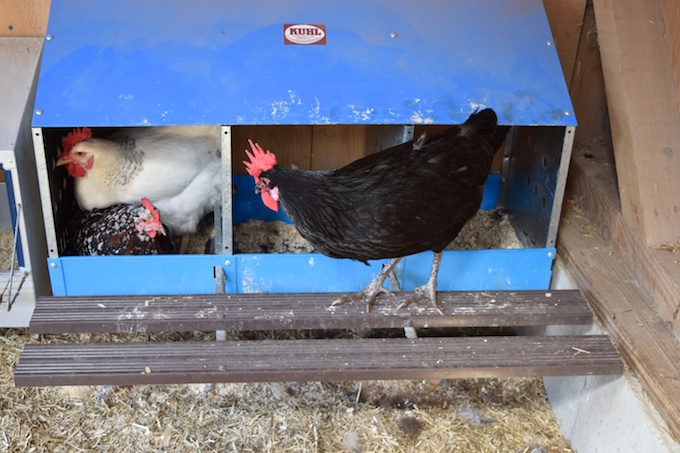 This disinfectant is inexpensive and very easy to make. It’s simply white vinegar that has had orange peels steeped in it for a month or more. It’s especially easy if you know the professional cook’s method of peeling oranges. Here’s the tutorial!

Cut off both ends. 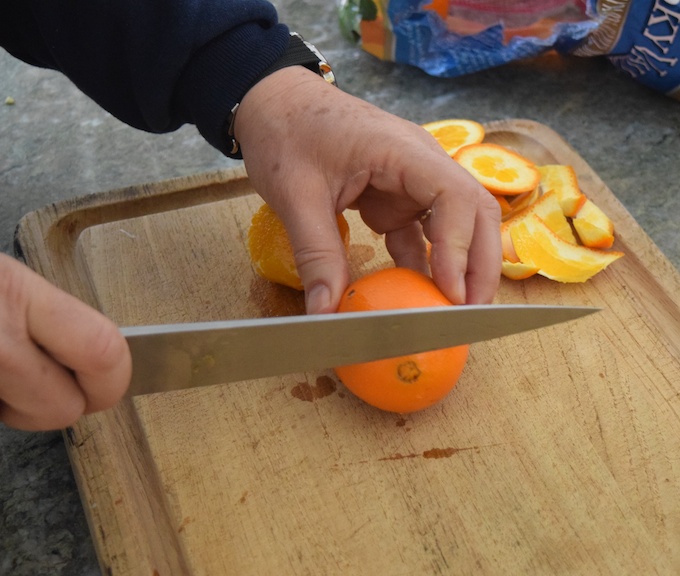 Set the orange on a cut end, and using a sharp chef knife, slice off the peel, including the pith, by following the curve of the fruit. Note where my fingers are – holding the orange securely, and yet out of the way of the knife! (This is the knife that I have had for 25 years. One good knife can make kitchen tasks so much easier!) 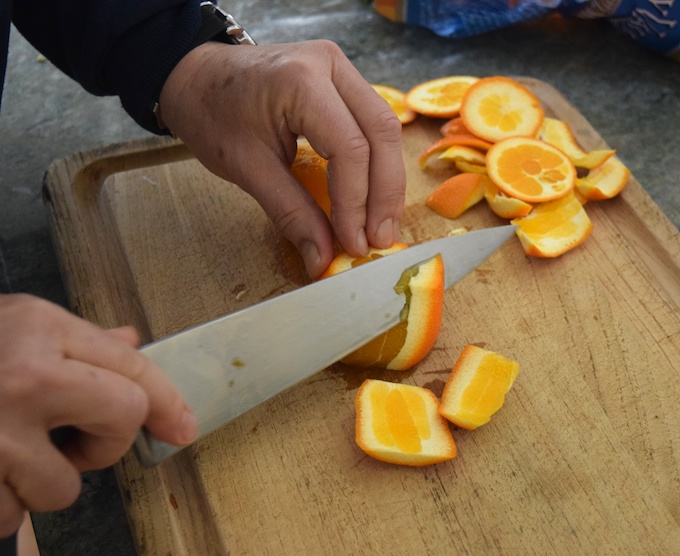 Use the perfectly peeled orange for fruit salad or other recipes. 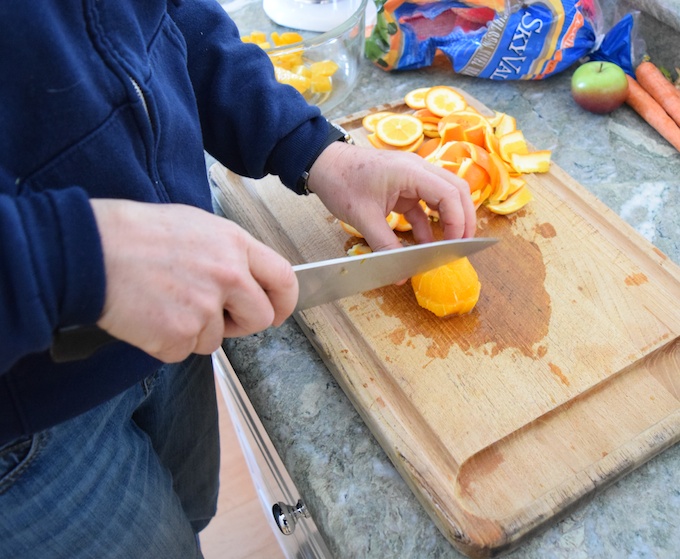 The peels go into a container with inexpensive white vinegar, then left in a pantry and ignored for a month. (A longer steeping time is fine – I’ve let mine sit for four months.) Use peels from at least three oranges for a 2-quart container (as shown.) But, there’s flexibility to this recipe – if you’re peeling five oranges, go ahead and use all of the peels. Lemon and grapefruit peels should also work as they also contain citrus oils. (Grapefruit seed extract is also touted as a disinfectant, but that’s not the same as the oils in the peel, and I have no experience with it so can’t give advice on it here.) 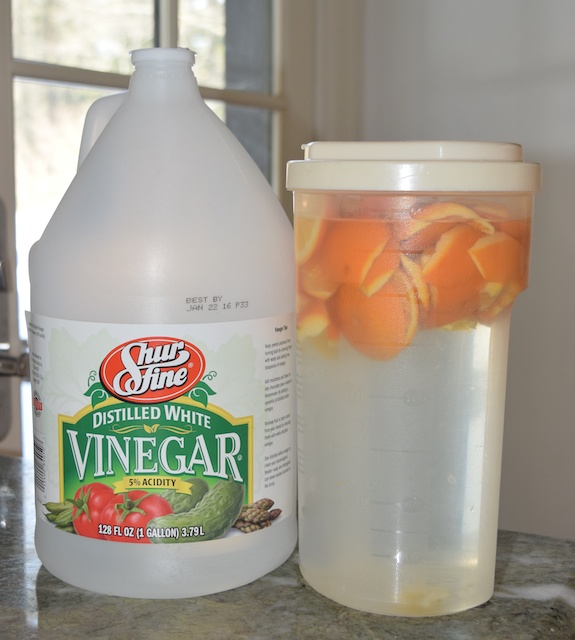 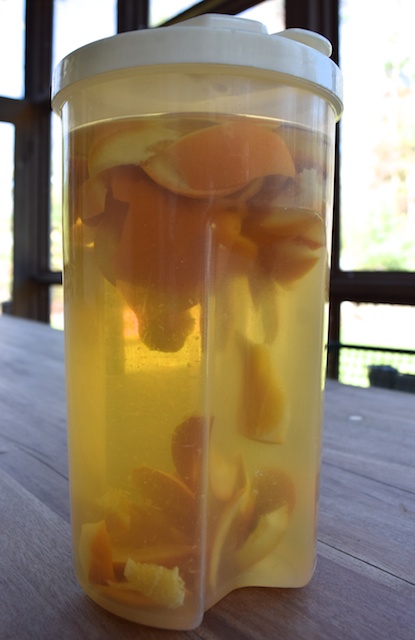 The citrus oil from the rinds, combined with the vinegar, is a potent disinfectant. I pour the liquid into a spray bottle and keep it at hand in the coop (labeled, of course!) 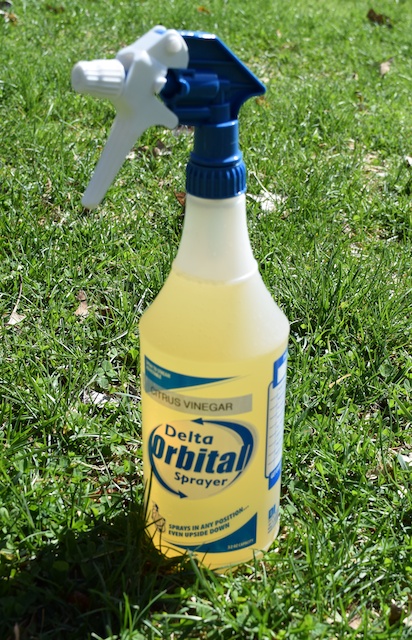 This year, I’m going to put the rinds under some rocks in a stone wall where wasps build a yearly nest. I’m hoping that this will persuade them to go elsewhere. I’ll let you know if that works!

Let me know if this tutorial inspires you to make up a batch. If you start today, it will be ready for fly season.