It’s been a wet spring, and I live in a town with streams, rivers and vernal pools, so much of the land is squishy, soggy and muddy. Ponds are full. On the plus side, the frogs are joyously making a racket, the birds are singing, and all around there are green things sprouting up. On the downside, the insects are coming out.

Thankfully, we don’t have the voracious and vicious black flies that are the scourge of northern New England. But, we do have biting black gnats. When I visit Tonka, he tips his head towards me so that I can rub his ears. He’s not a show horse, and so I leave his ears fuzzy. Still, a few gnats manage to bite and make him itchy and bloody. 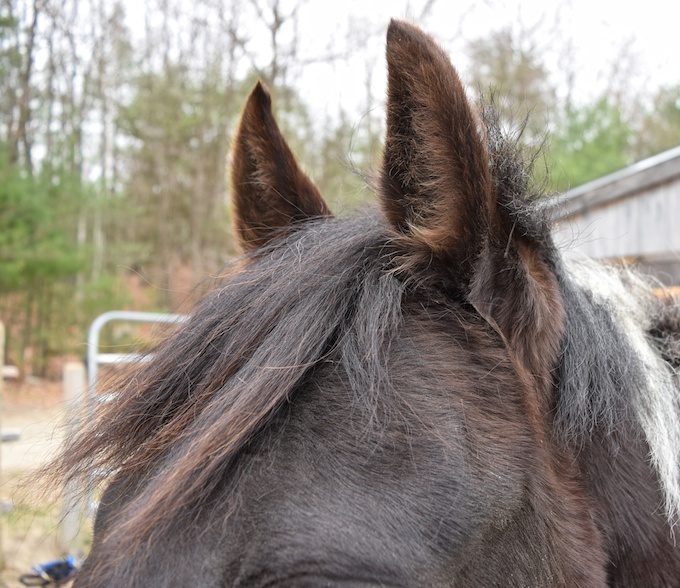 The gnats aren’t too bad in his paddock, but when I take Tonka out to graze, those insects swarm. To protect his ears, Tonka wears a little crocheted cap. 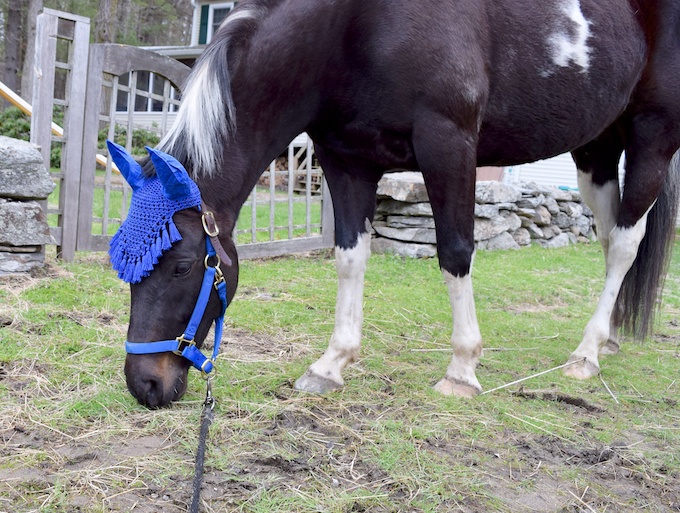 I think that he looks quite dashing in it. When we go for trail rides, he wears it under his bridle. I’ve seen photographs from a hundred years ago, when carriage horses wore hand-crocheted fly protectors, draped from ears to tail. Those fly scrims were elaborate, tasseled and white. However, I rather like the cheery blue. 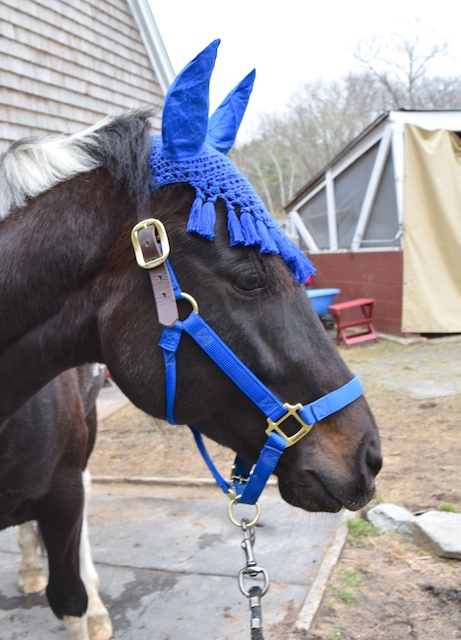 Later on in the summer, when the deer flies come out (their bites are very painful), Tonka will wear a fly mask that will protect his eyes with a flexible screen. But, for now, this little cap does the job. At night, it’s still chilly enough that the gnats recede and so Tonka doesn’t have to wear anything. Which he prefers. 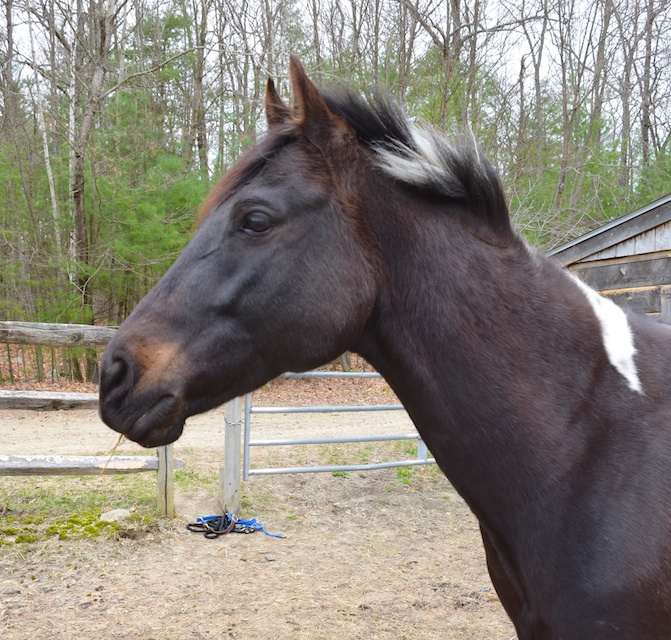