It’s molting season. Feathers are falling out and piling up in corners – the activity inside the barn mirrors what’s going on outside as multi-hued leaves are blowing off of the trees. Stepping into the Big Barn is like walking in on the scene of a pillow fight. Replenishing feathers takes energy and resources and so the hens stop producing eggs while they go through the molt. This break from laying will take up to three months. All hens that are over a year old molt, and they do it every year as the seasons turns towards winter. And yet, some of the Gems have not yet joined the party. Opal, the Delaware, looks as stolid as ever. She continues to lay a big brown egg every other day, which is surprising as Delawares were developed as a meat breed not so long ago in the 1940s. Amber, my perfect Buff Orpington, who never, ever goes broody, continues to be the golden girl, and lays her eggs almost daily. If you look at them, you’d never know that winter is on its way. 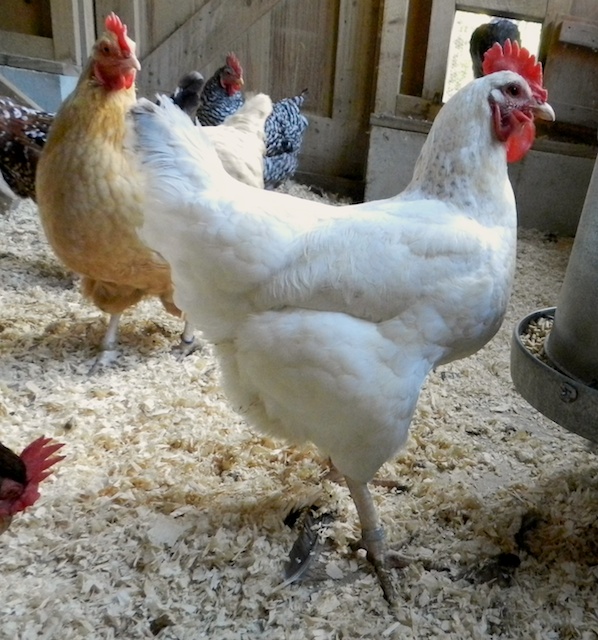 Most remarkable is Edwina, the ancient hen, who shows no sign of molting. Even her comb is upright and red like a young hen’s. I wish I knew her anti-aging secret. 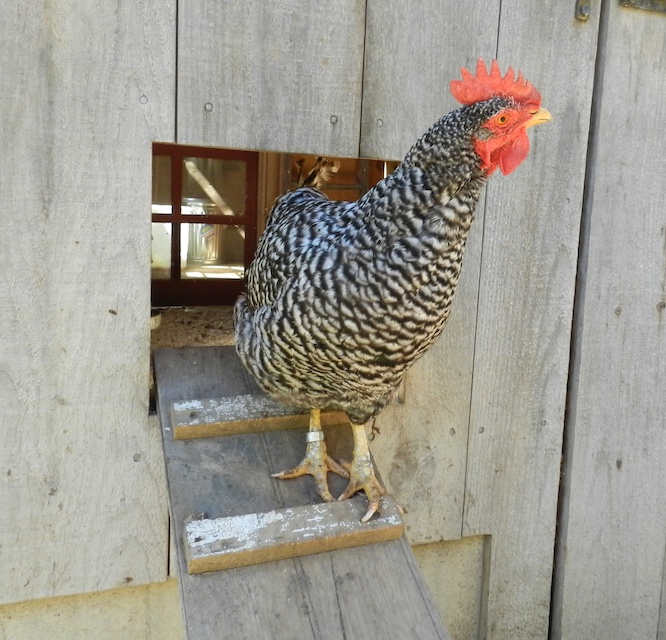 Other hens in the flock are molting. Some, like Jasper, more dramatically than others. 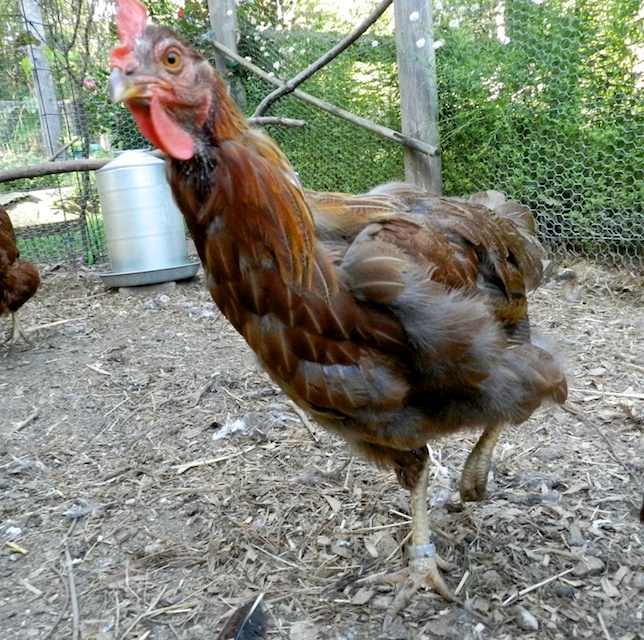 Meanwhile, the LIterary Ladies are not yet a year old. Pullets are too young to molt. Despite the chilly nights and the earlier sunset, they continue to lay. Veronica, the Cuckoo Marans, who matured weeks later than her sisters, is now leaving an egg in the nesting box! 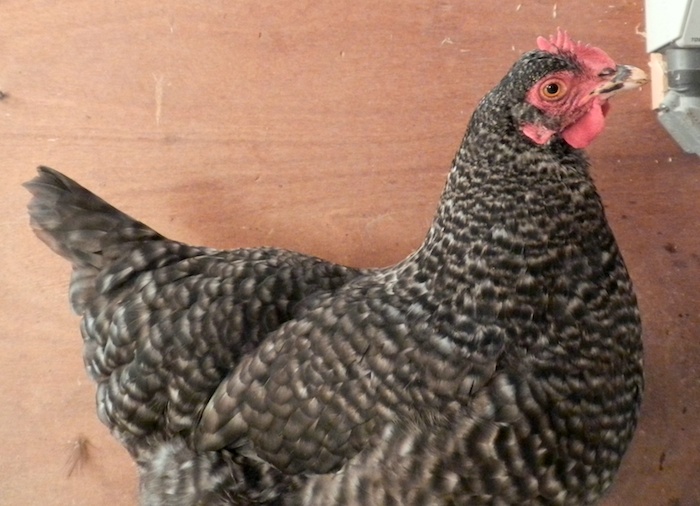 Her egg is not (yet) the dark chocolate color that this breed is known for, but it is darker than Nancy Drew’s light brown egg. 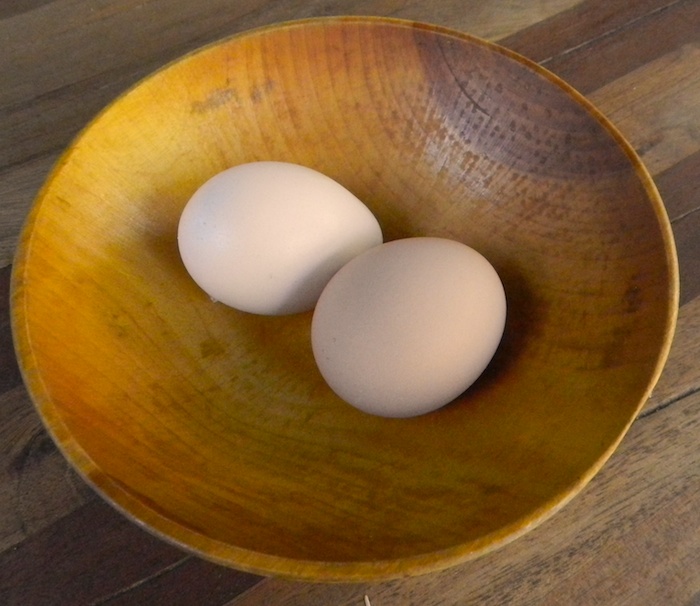 I’m getting four eggs a day from the six Ladies, which is a good number from the breeds that I have. They should keep laying through the winter, not at maximum production, but enough to keep my kitchen stocked. Meanwhile, in a few weeks, when all of the old hens have shed their tens of thousands of feathers (each hen has about 8,000 to lose and regrow), I’ll shovel out all of the bedding and detritus, sweep up the dust, and put down a new layer of pine shavings. But that’s for another day. There’s still lush clover on the lawn. The goats have been eying the grass that is greener on the other side of the fence. I’m going to take them for an outing.