The six pullets (I call them the Girls as opposed to The Gems in the Big Barn) are five different breeds, and they will reach maturity in the next few weeks. The first to lay will likely be the White Leghorn, Twiggy. She is my wild child. She’s as fast as Road Runner from the cartoon. I almost expect to hear “beep! beep! as she zips by. She’s flighty and yet curious. I adore her. As soon as the temperature dips to a bearable level, I’ll be outside trying to get her to calm down and slow down enough that I can get near her. I have a few tricks up my sleeve – but will not resort to Wile E. Coyote’s methods of TNT and chicanery.

Twiggy is 16 weeks old today. In the last few days I’ve noticed signs that she is near ready to begin egg laying. Her comb is larger and beginning to flop over. 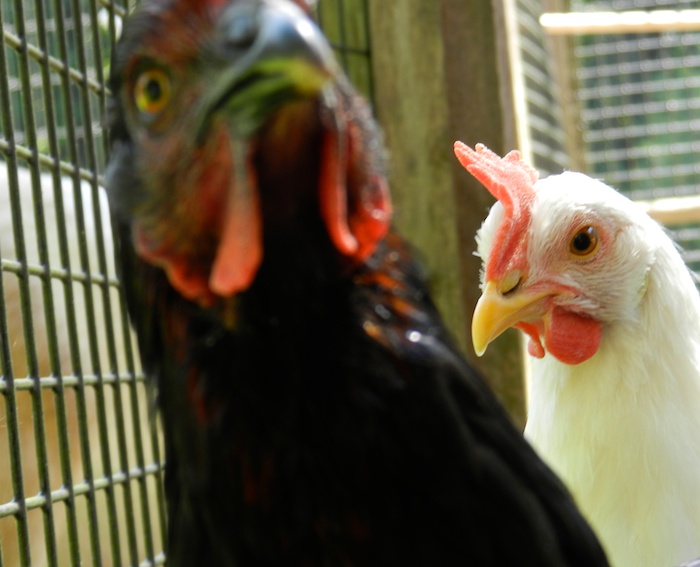 It remains pink, but is no longer pale. It will be a bright red when she lays her first egg. Betsy Ross, the five-year old Bantam White Leghorn, used to have a bright red comb. It never flopped over – she’s way too petite and elegant for that! But, this summer it has shriveled a bit and taken on a purplish hue, which are signs of a hen past laying age. There she is, behind Twiggy, being sensible in this heat and sitting still on the cool, damp earth. Twiggy, of course, is in mid-stride. It’s not easy getting a photo of her! 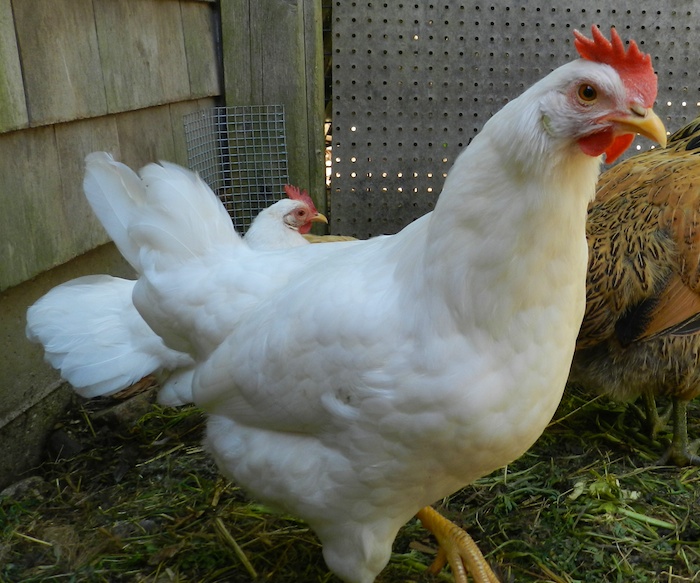 Some of the other Girls will be late-bloomers. Veronica is a Cuckoo Marans, and according to the breed standard, her comb should be full and erect, but hers is barely visible on her head. It’s awhile to go before I see her dark brown eggs in the nesting box. 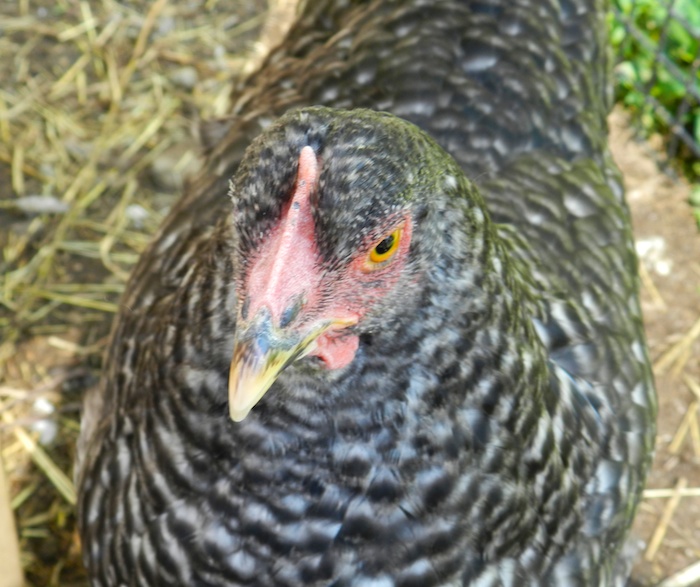 Th Girls are close enough to laying age that about two weeks ago I mixed what was left of the chick food with a bag of laying hen pellets. That’s almost finished, and they’ll be entirely on adult feed this week. The oyster shell dispenser is full. They’ll eat it when they need it. They’re getting plenty of greens and weeds from the garden, and watermelon rinds, etc. I’m careful to not feed table scraps with empty calories, like white rice. I want their first eggs to be strong. (For more about what to feed hens go here.) Now, I just have to sit back and wait. I just hope that Twiggy slows down enough to stop and lay her eggs in the nesting box, and not while on the move!