Cuckoo Marans lay dark brown eggs, the color of a Hershey’s bar. Despite the fact that the eggs don’t actually taste like chocolate, they’re very pretty, and a good enough reason to have a Cuckoo Marans in your small flock. But, I’m discovering that there’s an even better reason to put this chicken on your list of breeds to have one day – what a wonderful personality!

I’m keeping one Cuckoo Marans, (the other has gone to the nursing home) and I’ve named her Veronica, after a story-telling hippo in a favorite book. Like her namesake, she’s a talker. Veronica chatters in a low, bup-bup-bup voice. She follows me around, constantly commenting on her world. What I really like about this chicken is that she is calm and yet out-going. When the chicks were two weeks old she was one of the first to try the baby roost. 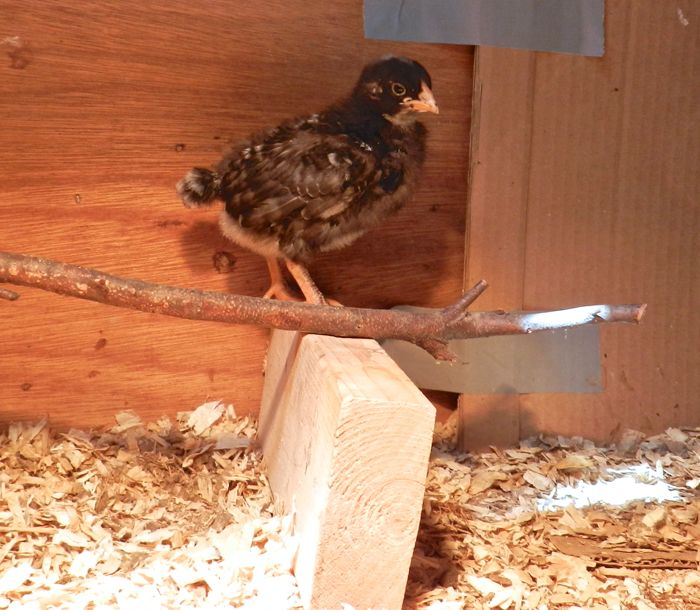 At a month old she ventured higher up the big girls’ roost than anyone else. 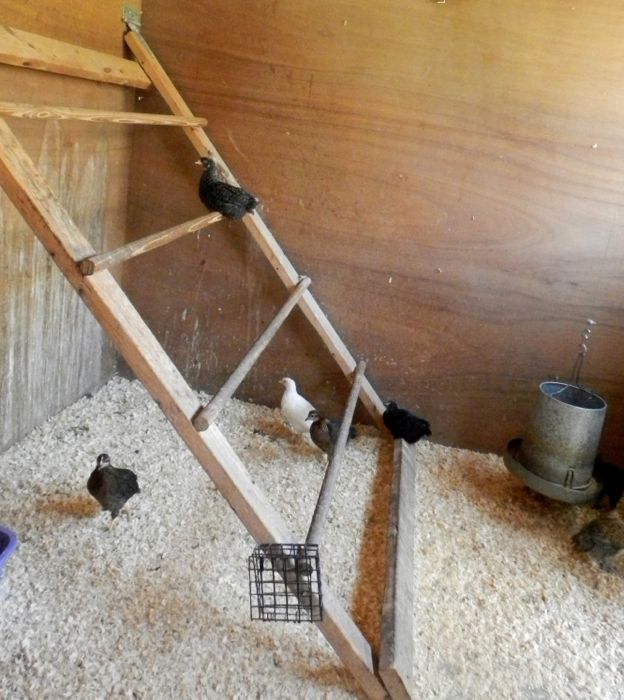 And now, at 2 1/2 month of age, she is confident and yet not bossy to others in the flock. Veronica is the only pullet not intimidated by Edwina and even eats near that Grande Dame hen. And yet I’ve never seen Veronica challenge Edwina or any other chicken. So, Veronica is proving, early on, to be a personable, even-keeled leader, something that all flocks (and societies) should have in their midst. 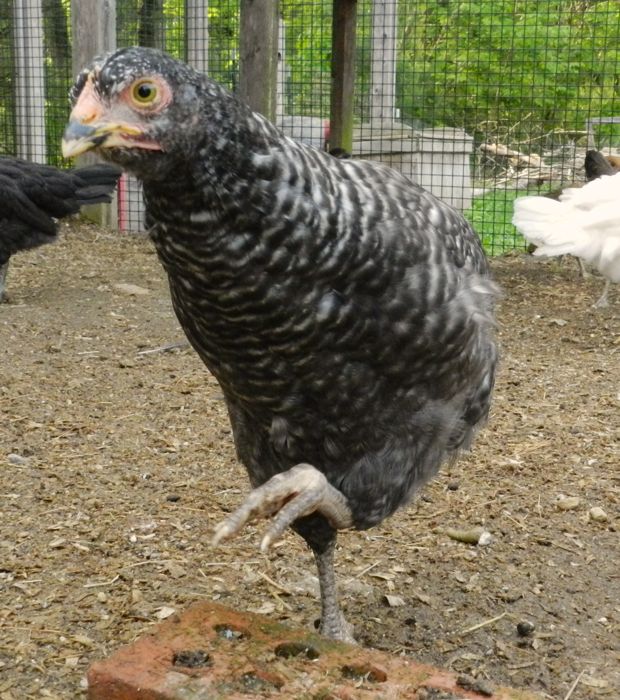