I’ve been paying close attention to the Gems’ egg laying. Someone is leaving this egg, willy nilly, outside on the dirt, inside on the shavings, but never in the nesting box. The egg is misshapen, lacking it’s outer protective bloom, and thin-shelled. I want to know who is producing it. 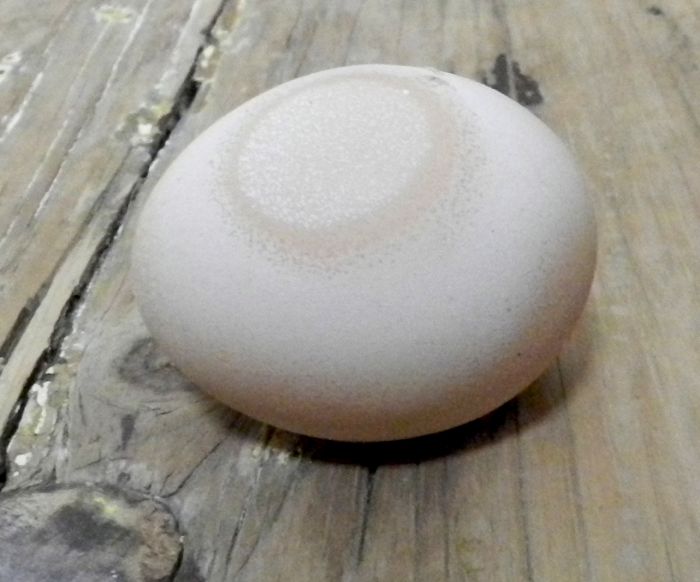 Since the girls often lay in the same box, it’s hard to tell which egg belongs to which hen. This is true even for chickens that are touted to lay eggs with distinctive colors. I have two hens that are supposed to lay dark brown eggs: Jasper the Welsummer and Onyx the Barnevelder. Neither lay chocolate-colored eggs. In my flock, the hen that lays the darkest egg is Ruby, the Rhode Island Red. Ruby and Garnet are the same age and same breeding. Awhile back, Ruby had issues with laying large, pale, thin-shelled eggs. I stopped feeding table scraps like rice and bread, and the laying went back to normal. Normal, that is, for these two Rhode Island Reds. Ruby lays that dark egg. Garnet lays the pale one. 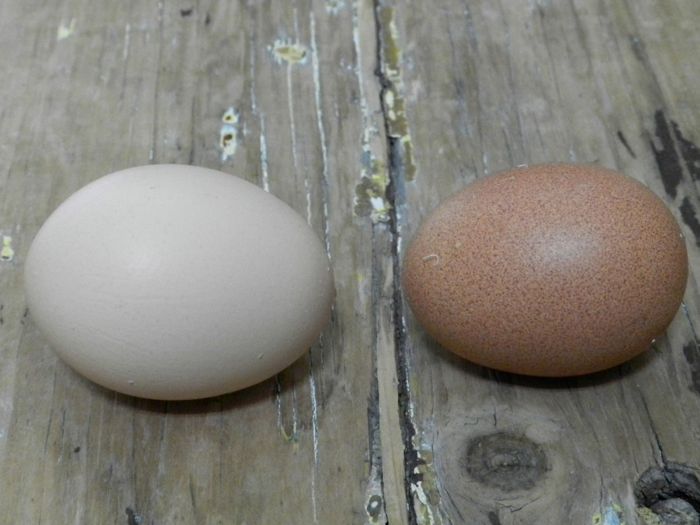 Despite raising chickens whose DNA is tightly controlled and in a narrow range, variation in egg color, size and shape happens at the large factory farms, too. However, what makes it into the cartons sold in supermarkets is uniform because all non-conforming eggs are diverted for other uses, like powdered eggs. This is done by machines. Because of this, the average consumer thinks that all eggs are the same. Those of us with backyard flocks know that is far from the truth, and in fact find the differences charming. 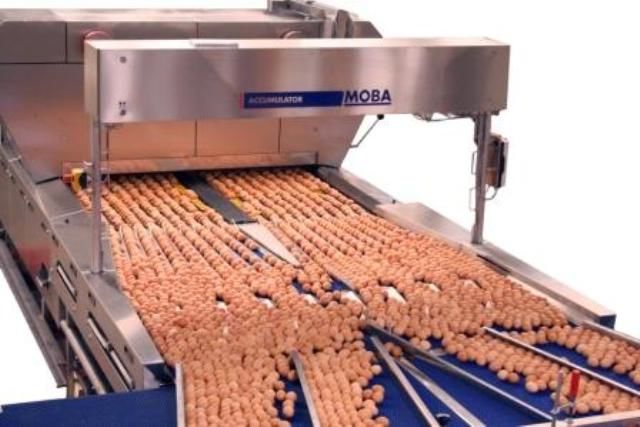 But, an egg like that discolored thin one can be an indicator that something is amiss with a hen. So, I have been spying on the hens via the BarnCam, and running outside whenever I think that a hen has laid, and collecting the eggs while still warm, and so I have identified which egg belongs to which hen. Note that Florence, Agatha and Etheldred are all Speckled Sussex, and yet there is variety in the color, shape and size of their eggs. Each egg is unique, and is consistent day after day for each hen. For example, Florence’s egg is always the smallest and the shell texture not as smooth as the others. 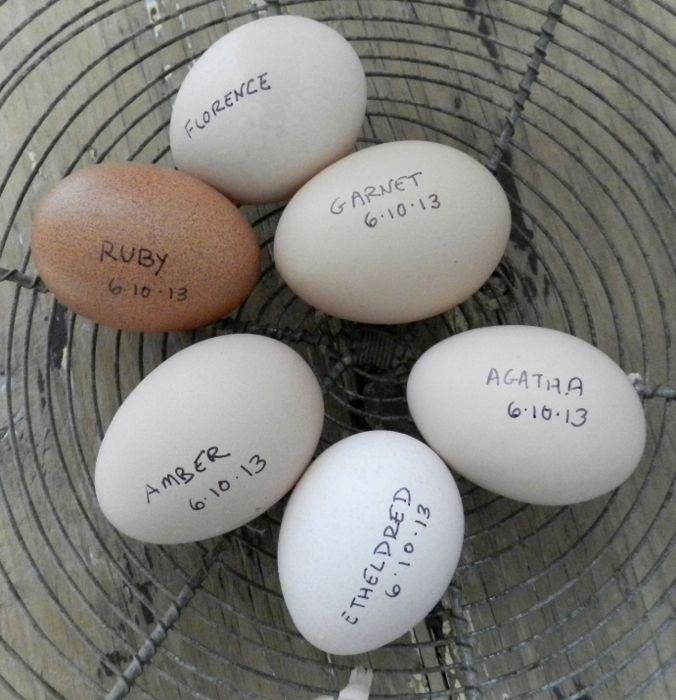 I’ve narrowed down the odd-egg culprit to either Onyx or Jasper. Neither have laid for the last two days. That lack of production might be due to Edwina in their midst. Both Jasper and Onyx are the lowest status hens in the group. Edwina has been sleeping in the nesting box and stomping around the coop, which could put anyone off laying! However, this odd-egg laying has been going on well before Edwina moved in with the Gems. I believe that Onyx is laying that strange egg because yesterday she sat in the nesting box for a long time and looked uncomfortable, but didn’t produce anything. A rough and thin-shelled egg like that odd one is difficult to lay. I’ll be keeping an eye on her.