The chicks spent a couple of days of exploring the larger indoor space of the coop. At just over 4 weeks of age, their hard outer feathers were growing in. The weather warmed up. A breeze, if there was one at all, was gentle. It was time for the chicks to go outside. I put the Old Girls in the goat paddock where they could see the chicks, but not physically interact. I opened up the pop-door. The chicks peered out. They scurried back into the safety of the brooder. They came back into the larger coop. No one was going to be the first brave chick to go outside, and so I picked up a couple of chicks and set them down on the ramp. They looked around, amazed at the sunshine and then sallied forth. I sent them all out to see the great, wide world. 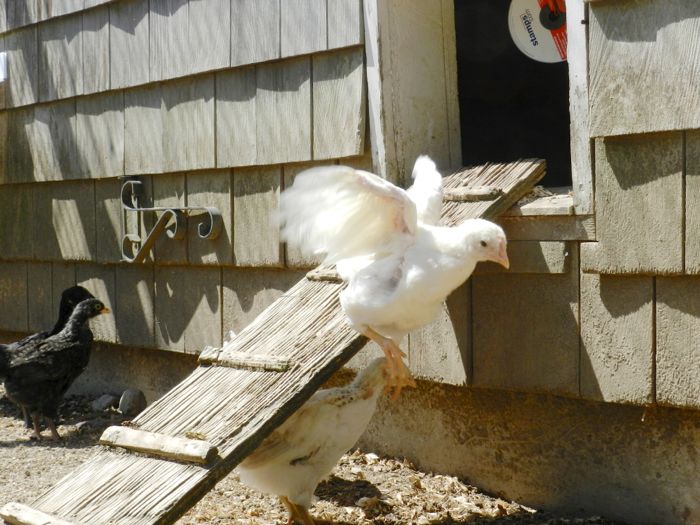 As hesitant as they were to go into the unknown, they quickly became enthusiastic explorers.

They scaled the compost mountain and spread out across this new terrain. 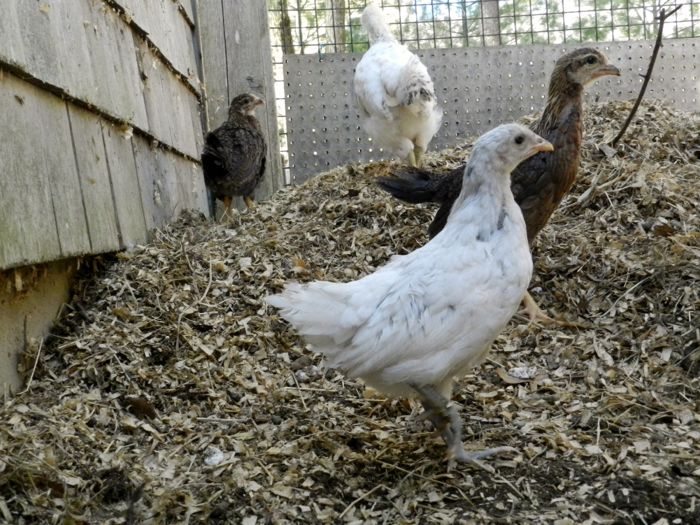 I put food and water within reach, as chicks have to eat and drink frequently, and I didn’t think they’d be able to find their way back to the brooder. Also, like children at a playground, they needed a reminder to stay hydrated. Their familiar water dispenser would do that. Despite the excitement, their appetites remained intact. 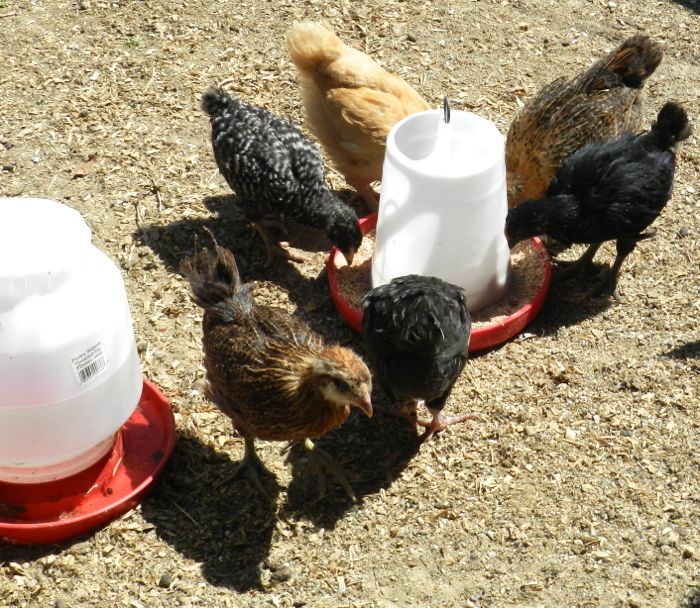 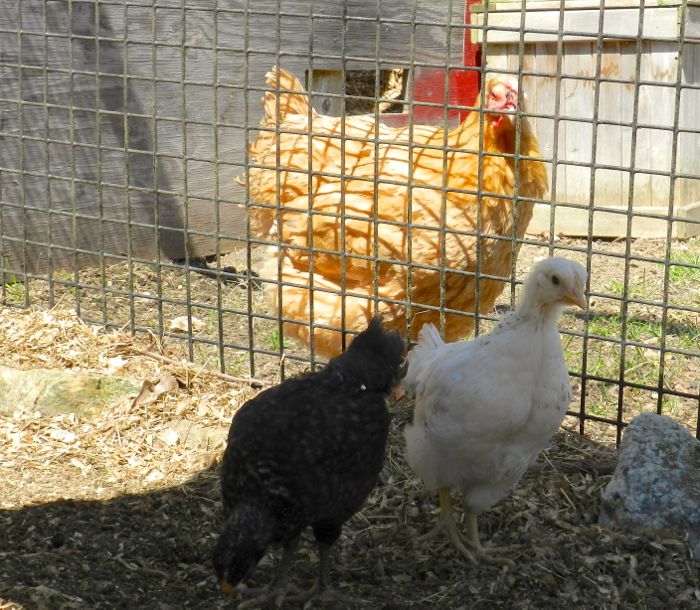 but was soon bored by the chicks and spent companionable time in the shade with her friends. 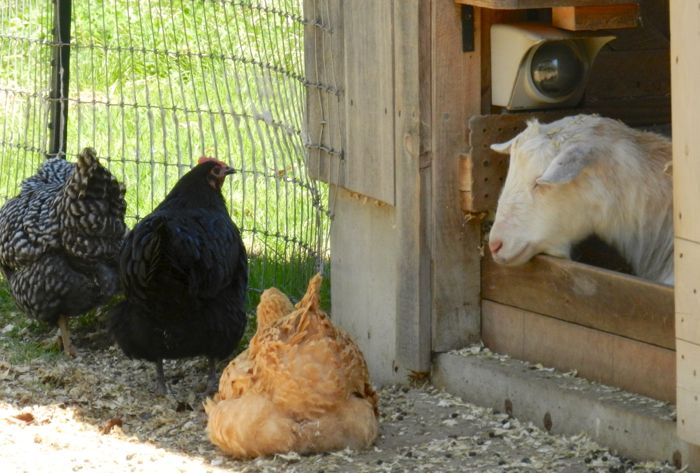 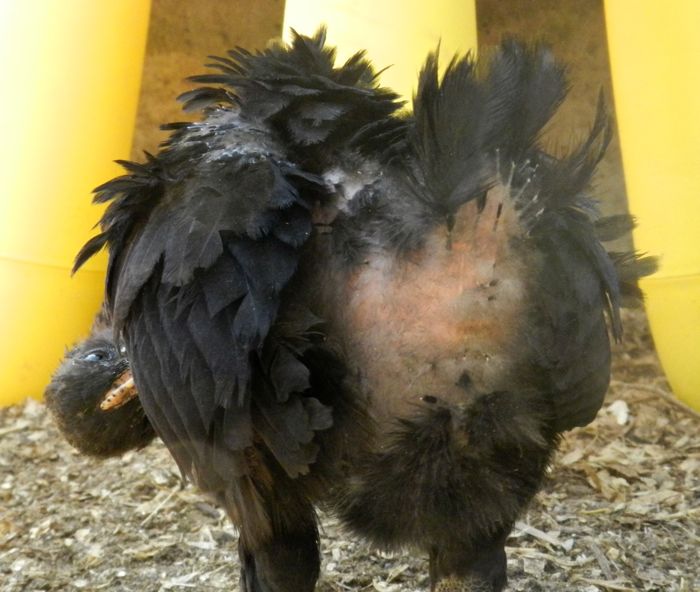 and dust bathe. This Buff Orpington found a dust wallow in the corner. 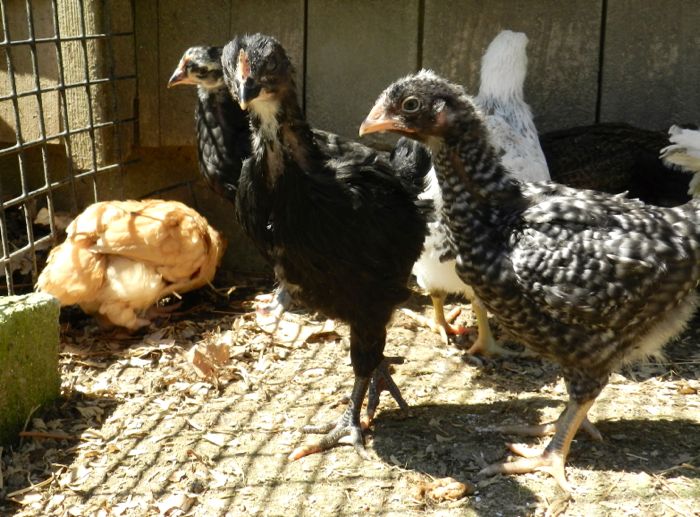 Unfortunately for her, the other chicks decided to join her. She’s under that pile, but no worse for the company. 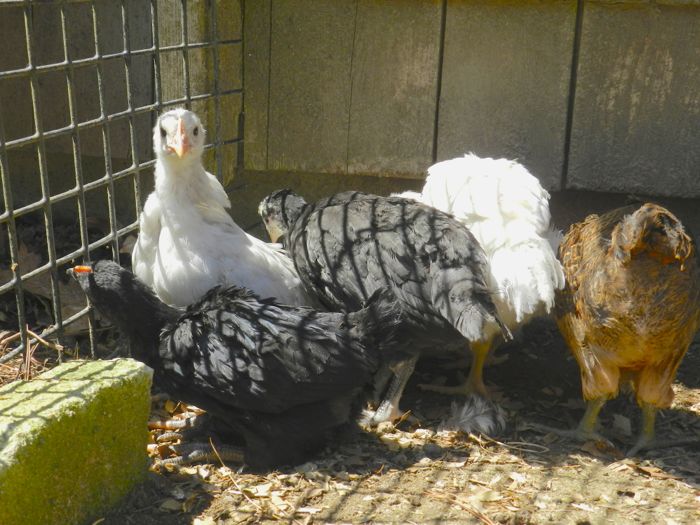 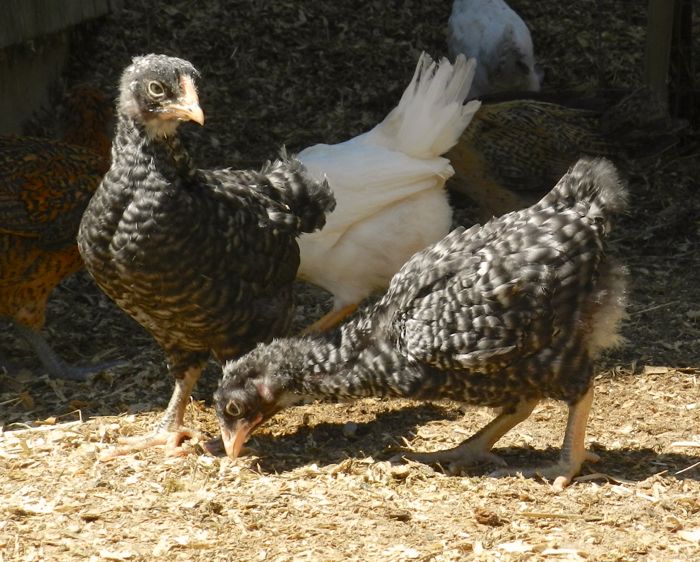 ran, scratched, and dozed off in the sun. So mature at only 30 days old! But, still quite a bit of growing left to do. 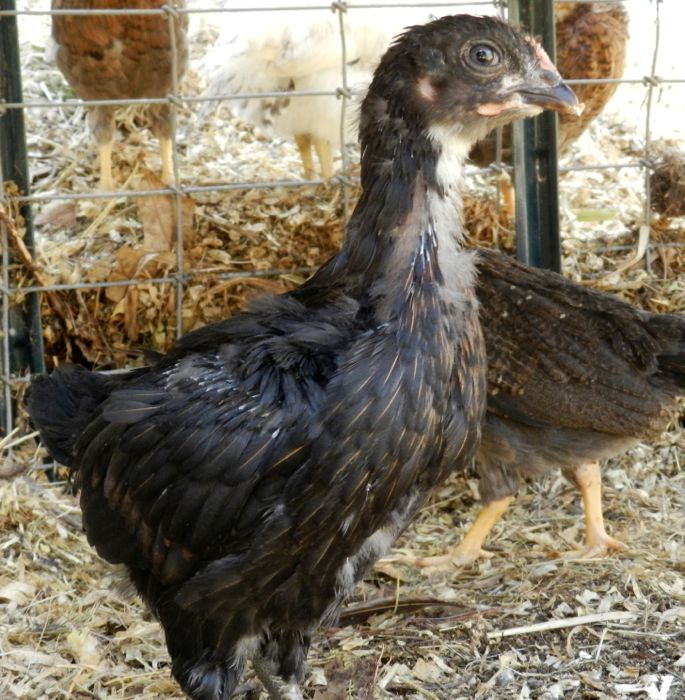