Have you ever sat quietly and watched your hen lay an egg? Being able to do this is yet another reason to have a coop that you can walk into and spend time in. The Gem’s egg production has been down, so for the last couple of days I’ve spent quite a bit of time observing what is going on (more about that in another post.) In any event, it’s fascinating to watch an egg being laid.

Each hen has a different laying style. Some hop into the nesting box, sit down, and within minutes lay an egg. Others spend a half hour loudly clucking, peering into each box, sitting on top of other hens, moving to another box, making an even louder ruckus, and finally settling into a cubby. That’s Agatha’s style. 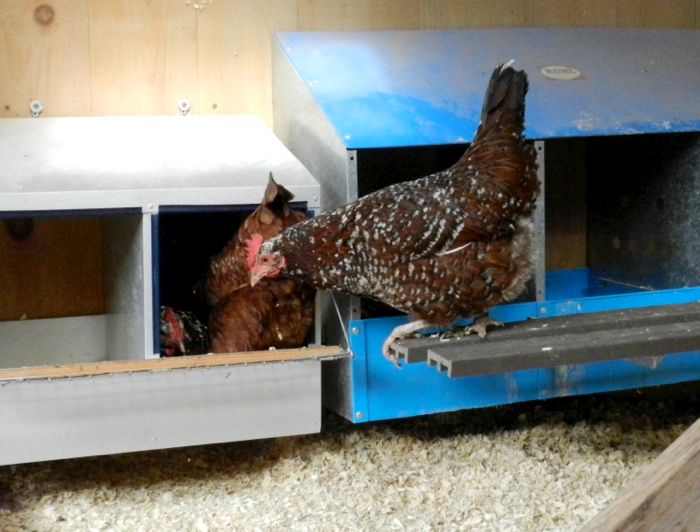 Once she’s in a box she’ll sit for awhile, stand up, circle around, sit back down, and repeat, until she finally gets quiet. It’s almost like she’s in a trance. 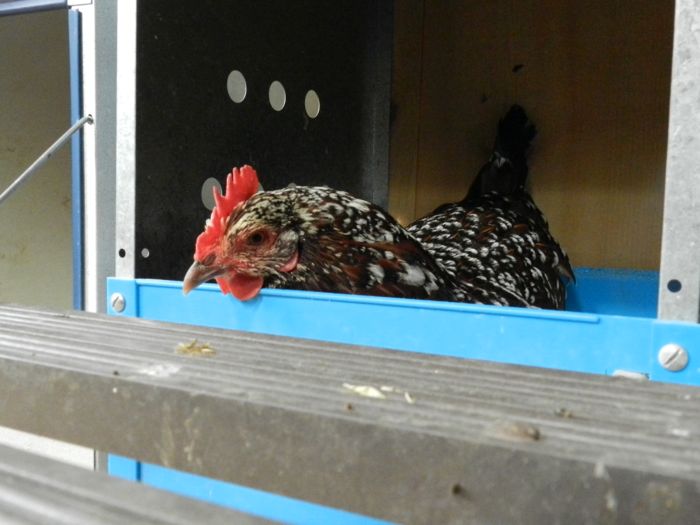 This can last for about fifteen minutes, or sometimes more. I know she’s about to lay when she yawns. Next, her feathers stick out, making her look twice her size. 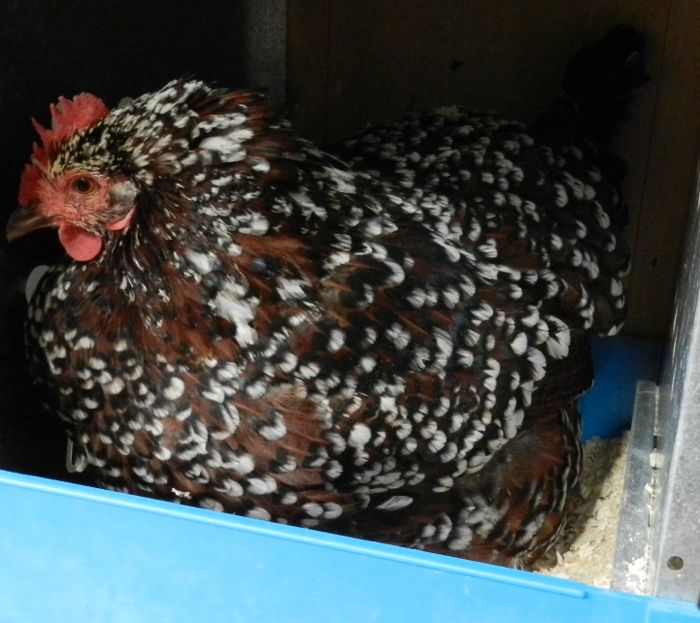 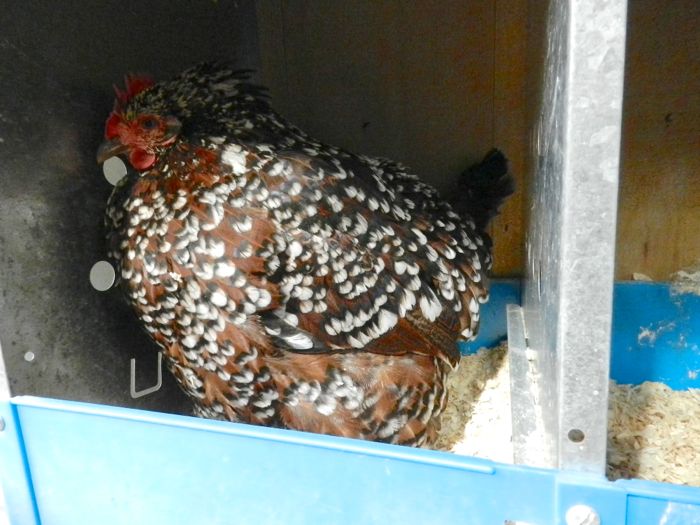 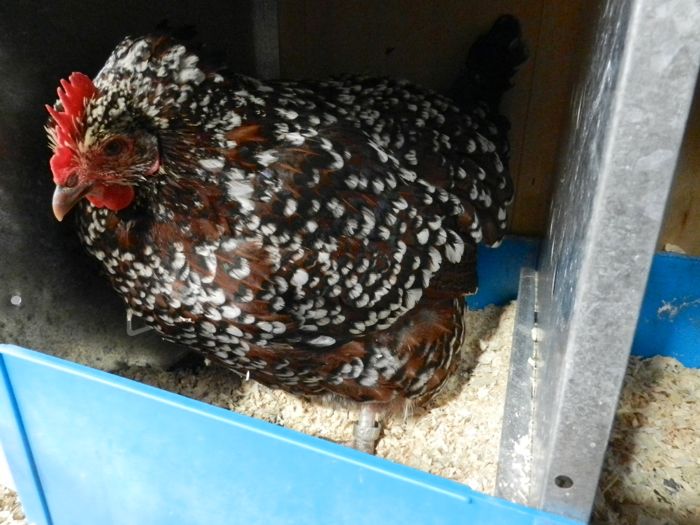 The egg comes out round end first (you’d think that the narrower, pointy end would come out first, but you’d be wrong.) If the nesting box is nicely bedded and if the hen doesn’t reach around to check on the egg, then it will sit there, upright! 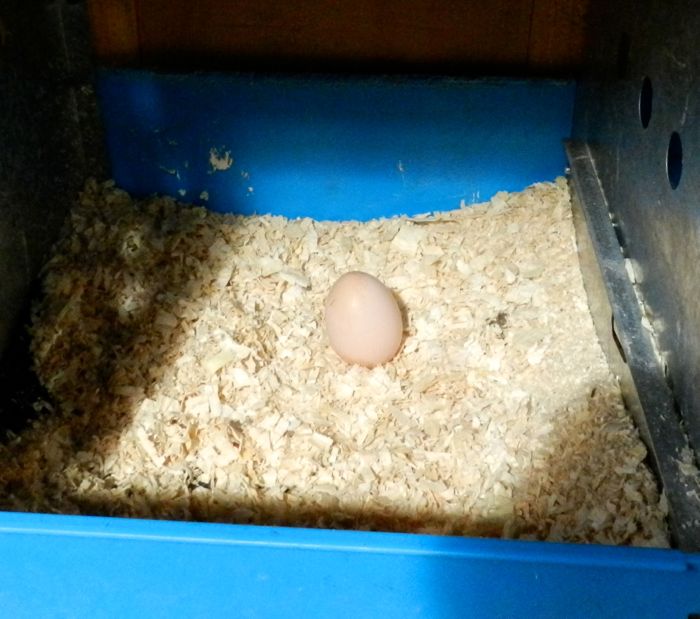 Once the egg is laid, most hens ignore it. Agatha does. Off she goes to eat and join her friends. 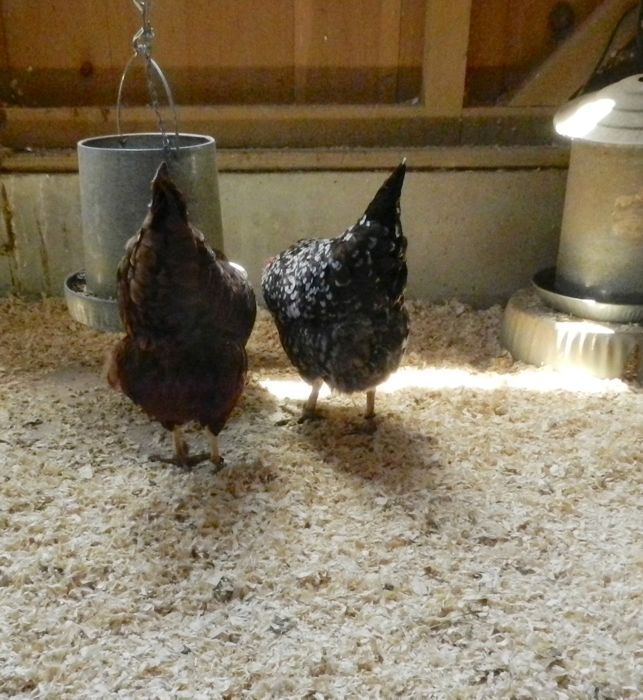 Agatha is quiet after laying. Not all hens are. Onyx announces her achievement. If you want to hear a loud hen, go here.