The brooder, which only four weeks ago provided spacious accommodations for twenty-six chicks, now looks full. 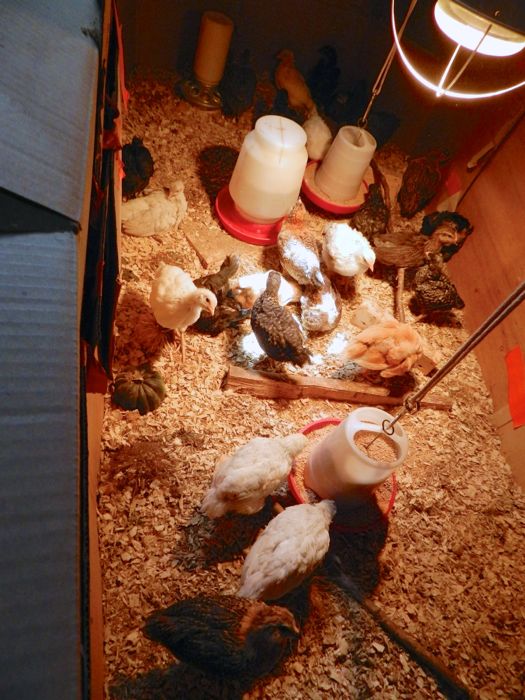 Currently, the chicks show no signs of aggression or feather picking, but kept in such close confines that will change. They’re no longer downy fluff balls. Most have an outer coat of hard feathers, so they still need heat, but they don’t have to be under the lamp all day. It’s time to expand their horizons.

I closed up the Old Girls in their run, and left them with food and water. 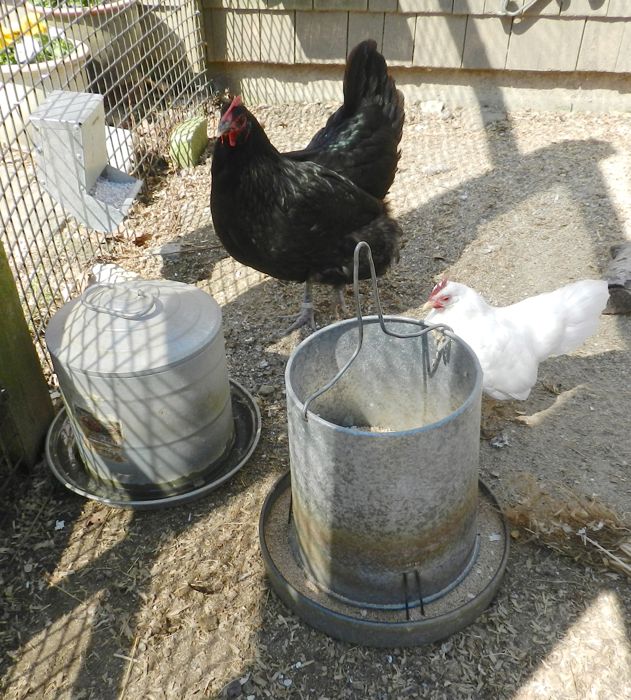 Steve cut a doorway between the brooder and the coop. I opened it up. New things are scary. 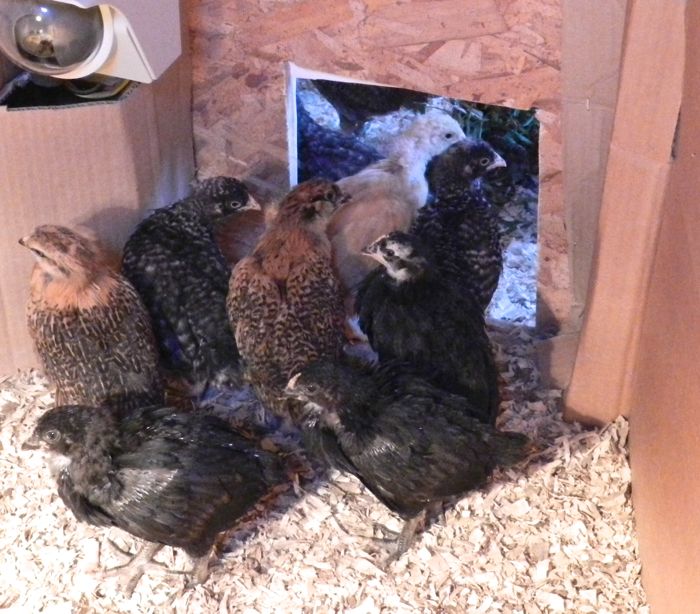 Who will be the first chick to step out? The Buff Orpington, true to her breed, is calm and trusting. 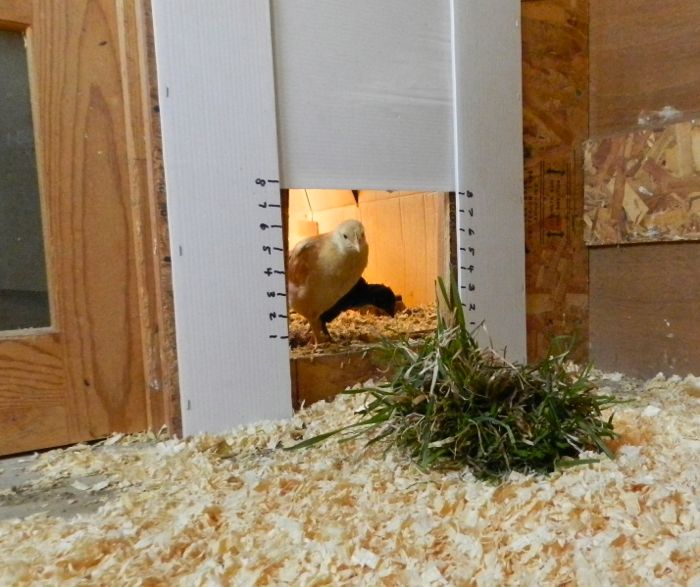 The little Ameracauna that I call “Owly” was close behind. 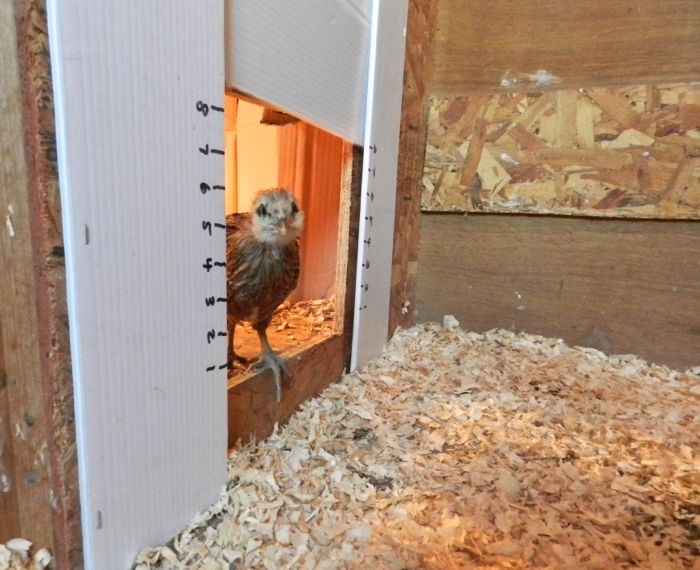 To encourage the chicks to venture forth, I put the their food and water, and a dandelion clump, into the Little Barn coop. That wasn’t enough for some of the more timid birds, so I confess to herding them out of their secure and familiar brooder and into the unknown. The Blue Andalusian cockerel wasn’t the boldest, but somehow he does take up the forefront in many of my photographs. 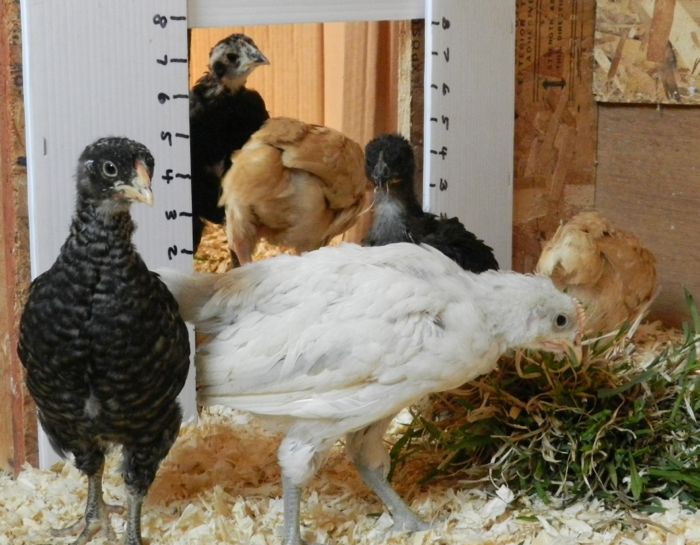 Quite quickly the chicks overcame their wariness and explored this new environment. They enjoyed scratching in the sand. 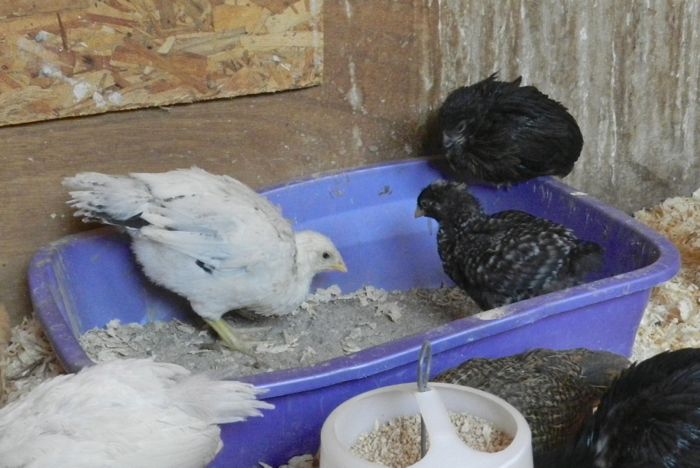 You can see how secure they felt by how spread out they were. 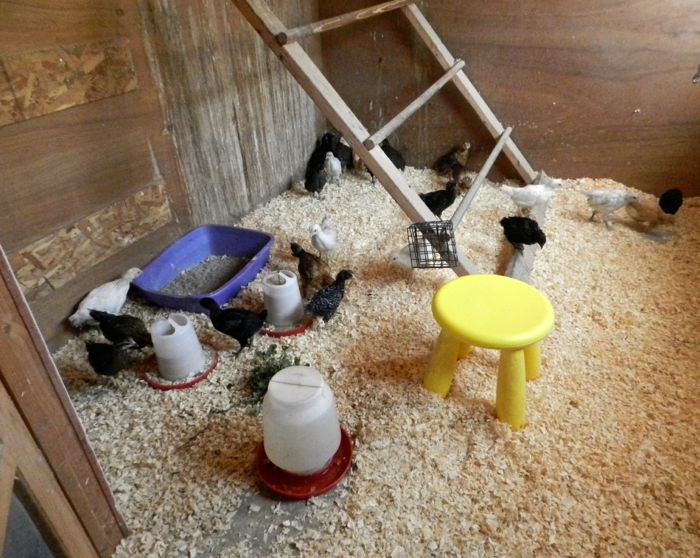 While they were enjoying their new surroundings, I cleaned out the brooder and put down fresh shavings. Chicks poop a lot and create a tremendous amount of dust that is mostly composed of fine particles of manure and feathers. I don’t want them breathing that in. Then I spent some time sitting amongst them. Chickens are innately curious beings. This Dominique checked out my shoe. 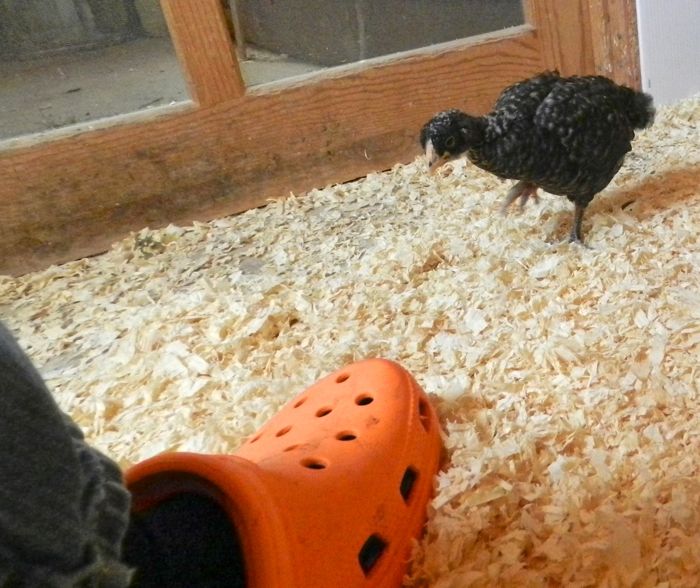 It was all quite tiring! But that was okay. A nap can be taken anywhere. 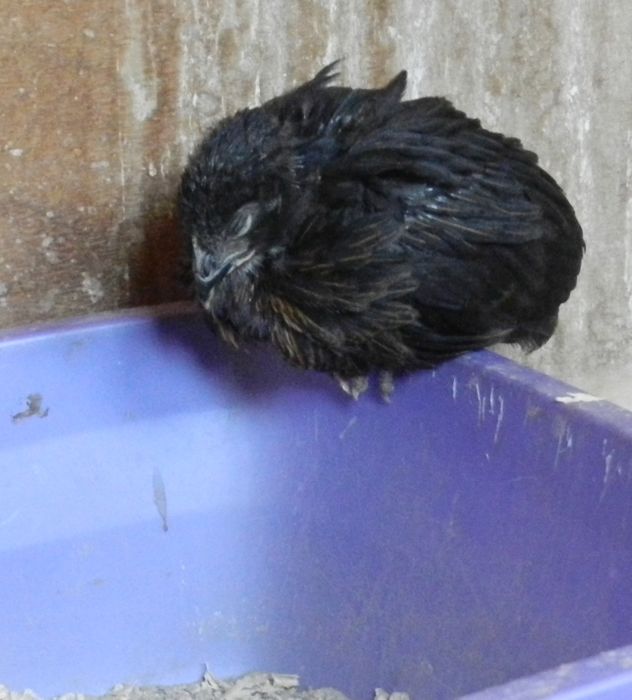 Yesterday the chicks spent the day outdoors! More about that adventure in another post.