I’ve been asked, “how much do you handle the chicks?” Understandably, when the fluffy adorable little balls arrive, the first thought is, cuddle. I don’t. I handle the chicks only enough to care for them. I don’t enclose them in my hands. I don’t reach down into the pile of chicks and scoop one up. I don’t do this because it scares them. Pick up a chick and you will feel the heart beating fast from fear. Yes, the chicks will eventually get used to the grabbing and holding. But, getting there puts them through a lot of stress. You do not have to handle your chicks in order to have friendly hens when they are full-grown. Soon after the Gems arrived, the older hens, in the little barn, came down with a severe respiratory disease. To keep the chicks safe I practiced biosecurity. I wore a different overshirt in their barn, and changed my shoes between flocks. I didn’t handle the chicks. And yet, today they mill about underfoot, run up to me with speed when I call, and I can take them to schools and nursing homes, with the surety that each one will sit calmly and sweetly on my lap while unfamiliar hands pet them.

In contrast to the good behavior of the Gems was what happened to a group of chicks raised on a farm and used in an educational program. They were handled daily by children. At the end of the season the farmer gave the pullets to myself and a few other backyard chicken keepers that he knew. Instead of being acclimatized to people, they wanted nothing to do with us. Every one of those chickens had behavior problems. Now, it’s likely that if you have a few chicks and are handling them gently (it’s unlikely that every one of those children at the farm did) that your chicks won’t have issues. Still, I don’t pick up my chicks just for fun.

My goal with chicks, with all animals, really, is for them to come to me. To do this, I pay attention to the animals’ reactions and needs. The first thing that I noticed was that the chicks all scurried into corners when I opened the barn door. Of course a door swinging open towards them, and sudden bright light and a big human looming over them, was terrifying. Now, as I approach the coop, I call out, Hello Chickees! Then I open the door. The chicks, instead of turning tail, look up, and if it’s nap time, don’t even bother getting up. I’ve tried opening the door without announcing my presence, thinking that perhaps they’re simply used to it by now, but without my hello, they scramble in fear.

Once inside the coop, I do not scoop down and pick up a chick. If I did, this would happen, a mass of worried chicks. 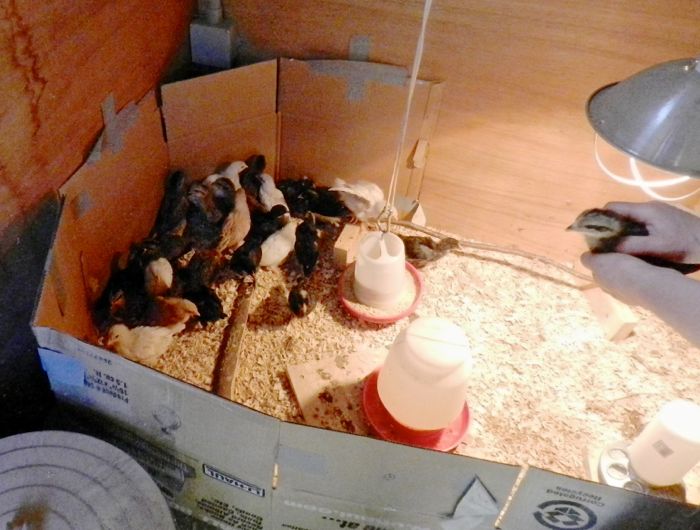 When you have 26 chicks in a brooder, the chicks move in waves of motion and sleeping. They are a flock that reacts as a whole. Remove one, and all panic.

But, this doesn’t mean that I ignore the chicks or cautiously avoid them. I have a stool in the Little Barn, next to the brooder. I sit. I talk quietly to the chicks. In this photo you can see how comfortable the chicks are with me in their presence. They’re going about their business. They’re not huddled into a terrified mass. 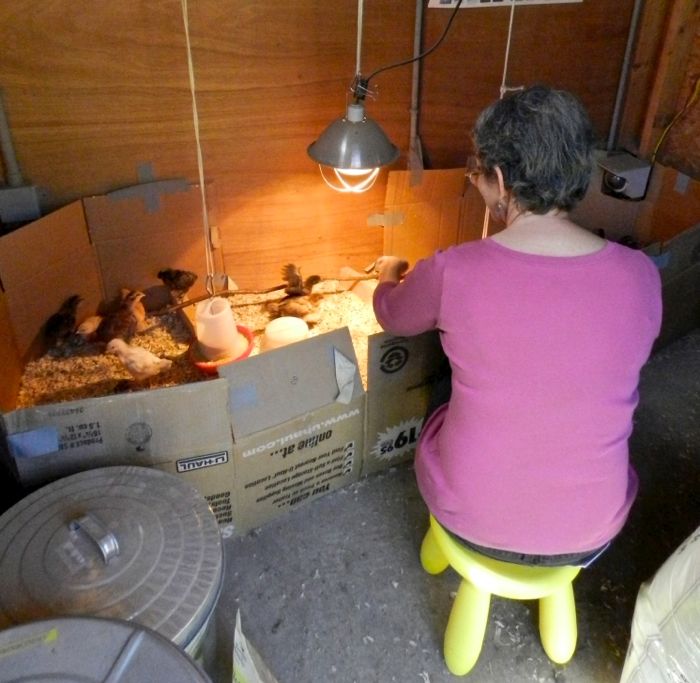 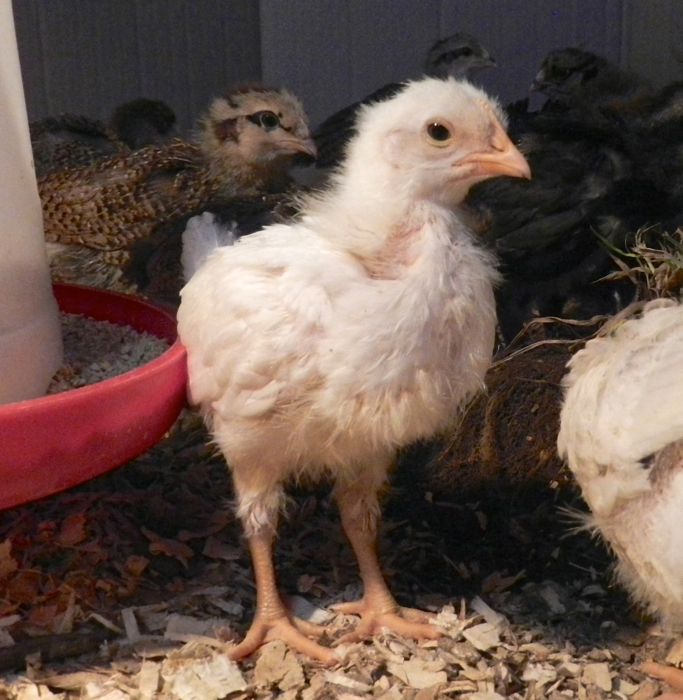 Once the chicks are moved into the coop, there will be room for me to sit amongst them. I have no doubt that some will want to sit in my lap.

I’m not saying here that you shouldn’t handle your chicks. Your situation might be different than mine. If you have only three chicks in a small brooder, and you visit them all day long, then the dynamic is different. If you have a pen that you sit in with your chicks, that changes the interaction. Some chicks might like being picked up. If a chick stands still and lets you scoop her up, then all is fine. Chicks will let you know loud and clear when they are stressed. You might be happy holding the fluffy ones, but are they happy with you? All you have to do to know the answer is to not be blinded by their cuteness, but to pay attention. They’ll tell you the right thing to do.