UPDATE: I was totally wrong about this chick. Although the guide says that Cuckoo Marans have white bellies and a white spot on their heads, that description doesn’t apply to this belly and this head. Blue Andalusians can be a soft whitish grey (as are two of the three that I got), but they can also be slate grey, and as chicks have white bellies. This chick is a Blue Andalusian. The Cuckoo Marans, within the first two weeks, developed softly mottled brownish feathering, much like their adult plumage will be. I never did see the white bellies and heads.

When you get a box of 26 chicks, it’s hard to know who’s who. Newly hatched, many breeds look almost identical, and the colors of their downy coats bear no resemblance to what they’ll wear when mature. I have two Cuckoo Marans, which, two weeks ago were hard to distinguish from the Dominiques (both were dark with white spots on their heads.) However, lately, the white bellies of the Marans have become more distinctive. 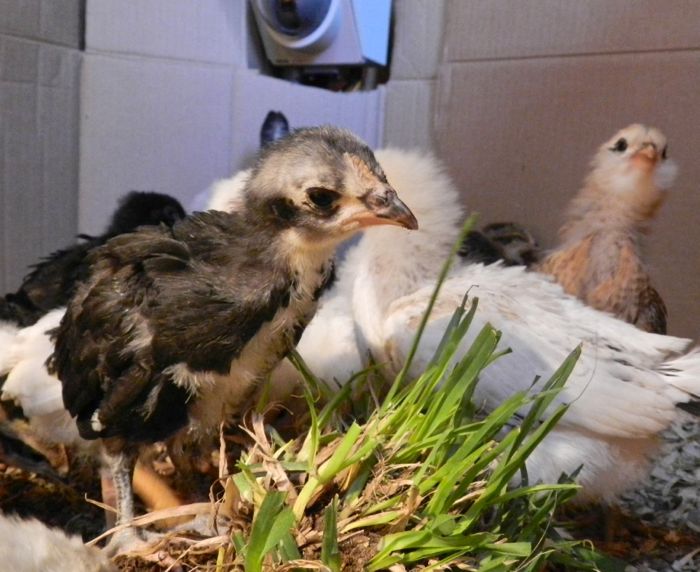 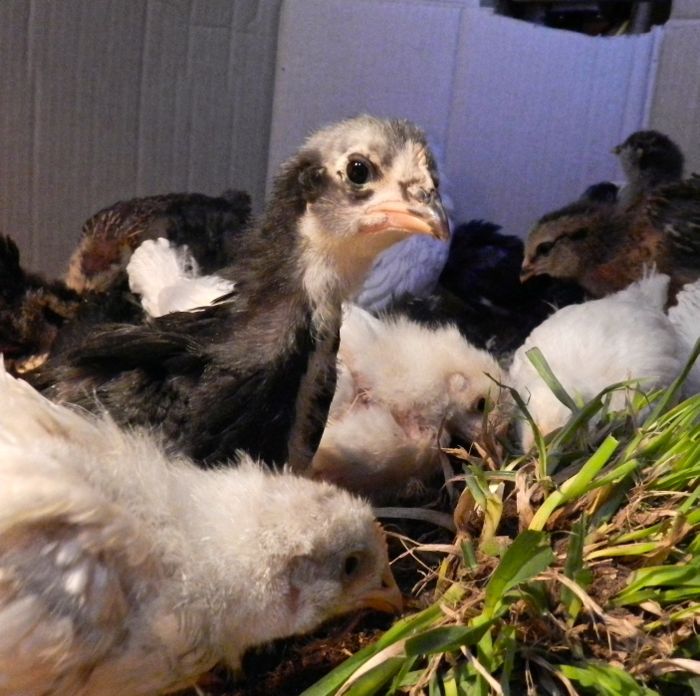