The bulk of a chick’s diet should be commercially prepared chick feed. This is different from laying hen pellets. Chick feed is higher in protein and lower in calories.The most important thing to know about the two is that although hens can eat chick feed, chicks should not eat hen feed. This is because laying hen pellets contain calcium, which is essential for the formation of eggs, but will cause kidney disease in growing chicks. So, don’t wait until you get your chicks to purchase the right feed. Sometimes feed stores run out and you don’t want to risk having a boxful of chicks arrive at the post office, and no food for them. Buy a bag, and a galvanized can to store it in. Label it! 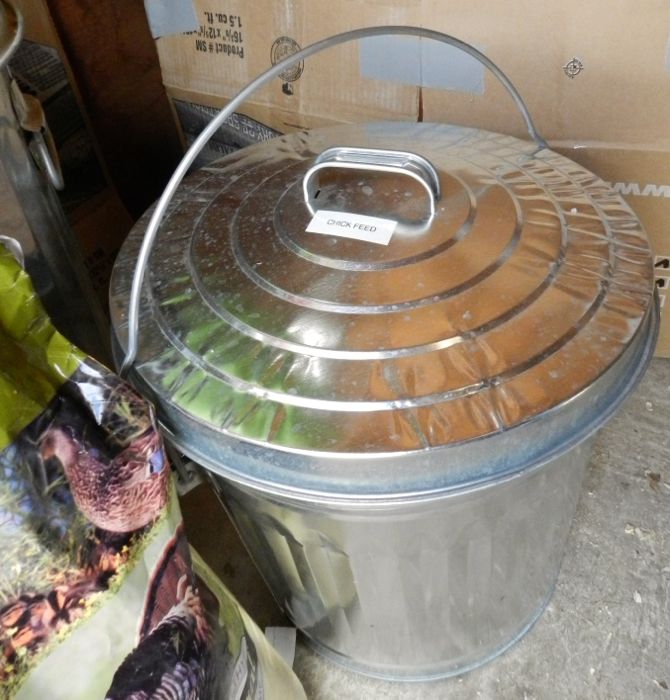 Another difference is that chick feed is finely ground into “crumbles” 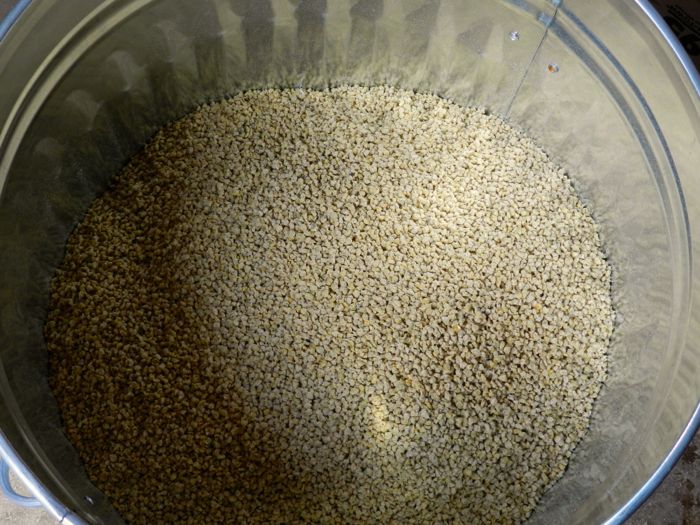 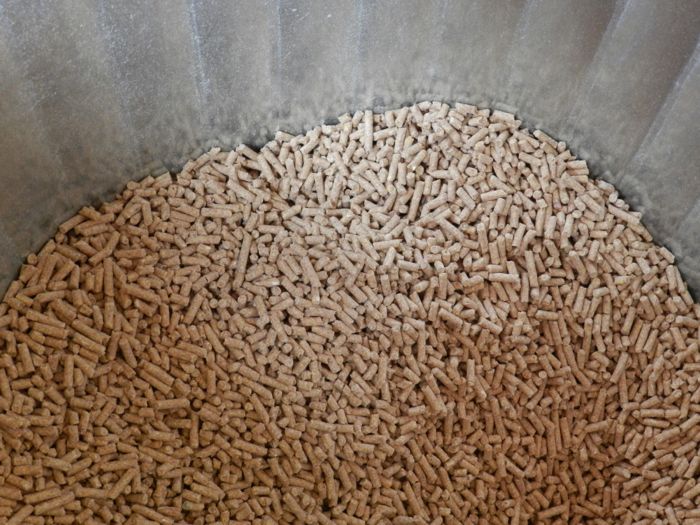 (You can buy adult chicken feed as crumbles. Some people with bantams use it. However, chickens toss feed on the ground and the crumbles turn to dust and becomes inedible. Pellets are less wasteful. Chicks need the smaller size of the crumbles, adults don’t.)

Some feed stores sell only one type of chick feed while others offer a range of options. You can get a special mix for the first few weeks, and then another for the final growth spurt. I simply get one chick feed and offer that for the first four months. Be careful not to buy crumbles meant for solely for broilers, which are chickens that are only meant to live to at most three months of age. You want your laying hens to grow more slowly than the meat birds.

Some chick feed is medicated to control coccidia, which is a protozoa that can cause diarrhea, bleeding and death in chicks. I’ve successfully raised chicks without a coccidiastat, but that was when my coop was on virgin ground. Now that I’ve had birds for years, there are coccidia present, and so medicated feed is prudent. However, this year I’ve bought chicks vaccinated against coccidia. So, I have to be very careful not to feed a medicated ration. Only unvaccinated chicks get the medicated feed. Sometimes it’s obvious what you are buying. 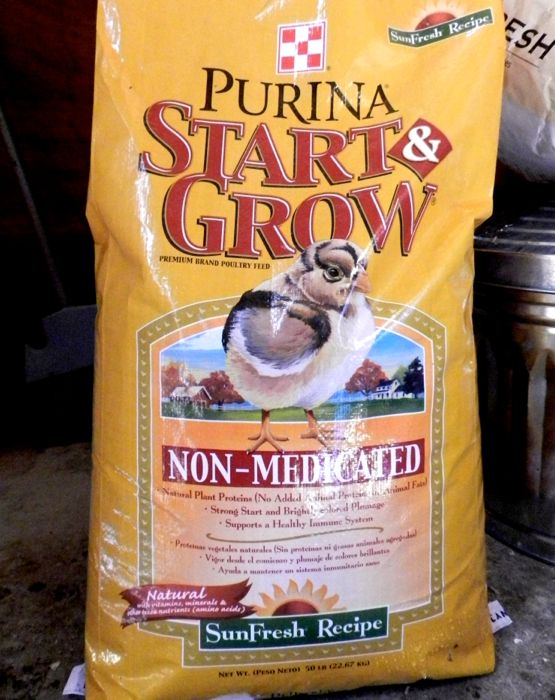 And sometimes it’s not. 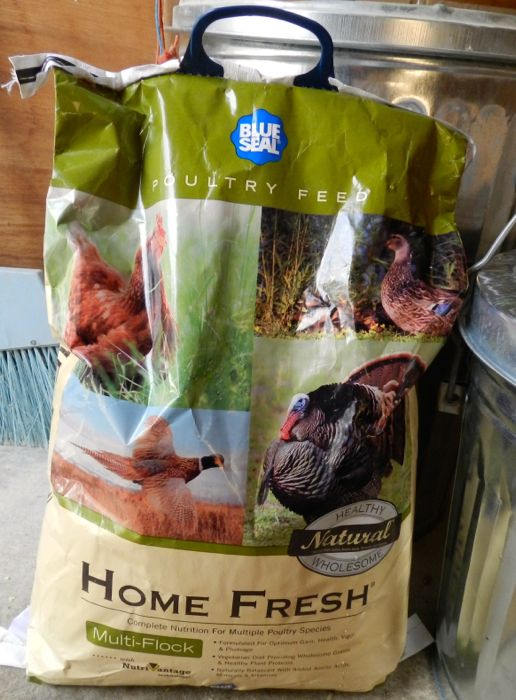 This company uses the same bag for all of its rations. You have to carefully read the tag, which (frustratingly so) is on the bottom. 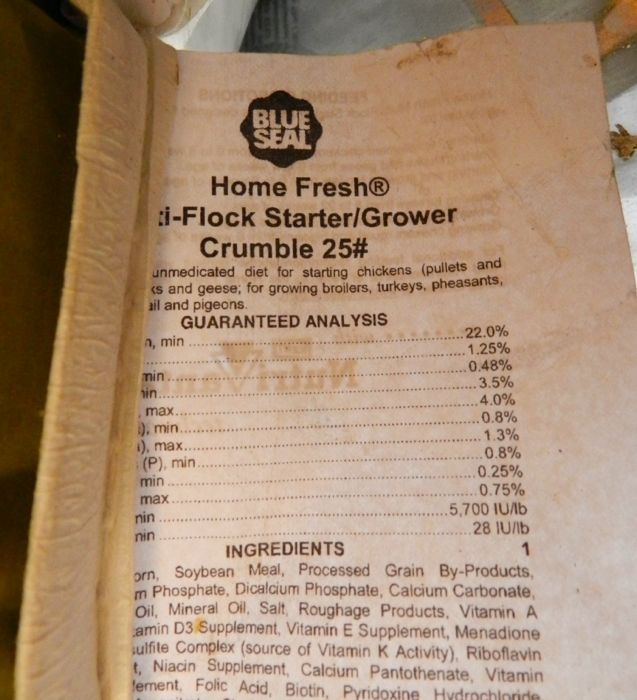 Those little fluffy babies look like they’ll “eat like birds” but, they will eat like chickens – a lot! Each chick will eat about 2.5 pounds of feed in their first 6 weeks. I have 25 chicks coming. They’ll finish a 50 pound bag ($18) in just over a month. I’m ready for the ravenous peepers!

But, crumbles are not all that my chicks will be eating. Just like adult hens, chicks also enjoy and benefit from a variety of foods. I’ll be talking about those in a future post.