Thank goodness for weather reports. Imagine being a farmer in 1920. No radio. No way of telling that the light snow in the morning would turn into a blizzard by nightfall. People complain about television weathermen who hype the smallest storm. But, I’m grateful for the science behind the forecasts and time to prepare.

A blizzard is not simply a heavy snowfall. Yes there’s a lot of snow, but it doesn’t fall in light, pretty flakes. It comes down heavy and hard. There will be no way to shovel and keep up with it. The snow will blow sideways with wind gusts that will reach 50 mph. There will be whiteout conditions, which means that I won’t be able to see my way from the back door to the barn.

This storm is going to be one for the record books. Up to three feet of snow! What I’m worried about is what comes after – they’re predicting warm weather and rain for later in the week. The snow layer will be so thick that it will absorb that added moisture. At night it will freeze solid. Instead of two feet of snow on the ground, there will be a foot of solid ice. Dangerous. Long lasting.

We’re as prepared as we can be. Yesterday I cleaned out the barns and put down fresh shavings, so all is dry and sweet-smelling. I also scooped out and filled the inside dust baths as no one will be going out for awhile. 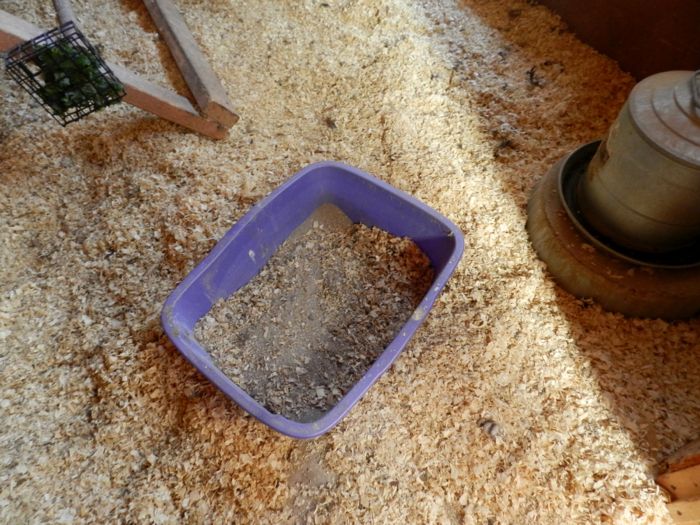 I tidied up the barns. The goats love it when I do this, as they get sweepings from the hay storage area.

While mucking out, I let the Gems out for a free-range session. This is the last they’ll see of grass and ground for awhile. 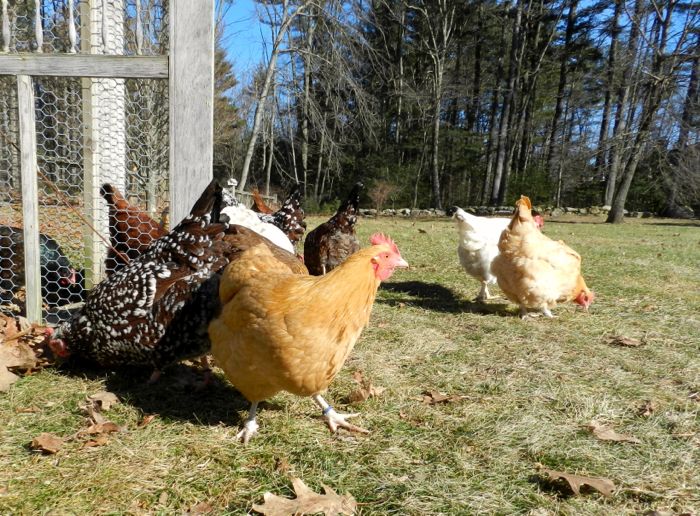 Buffy had a peaceful sunbath. 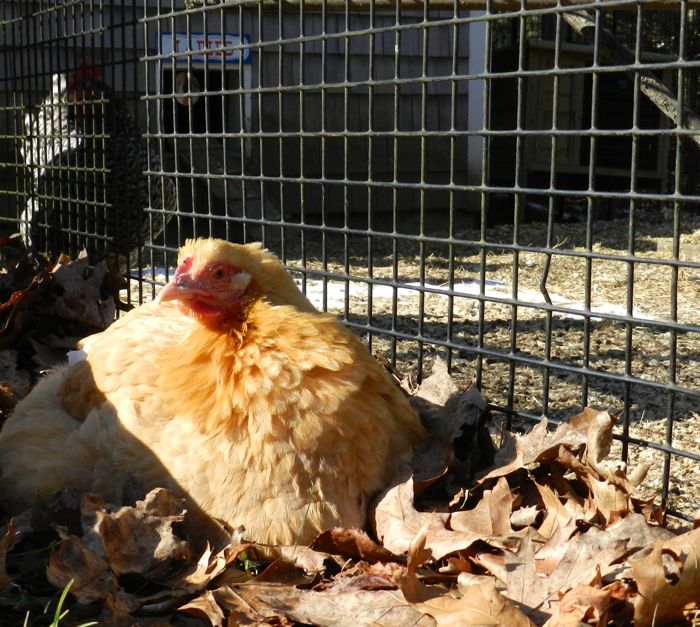 I topped off the feeders and waterers, and Steve filled the water storage bucket in the Big Barn. 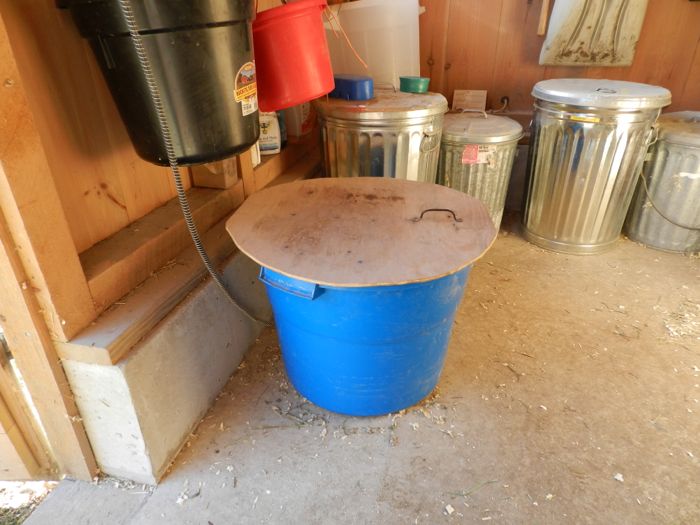 I cleaned up the goats’ paddock. I give them pine saplings to eat and play with. I won’t be able to shovel with these strewn about, so they got tossed into the woods. 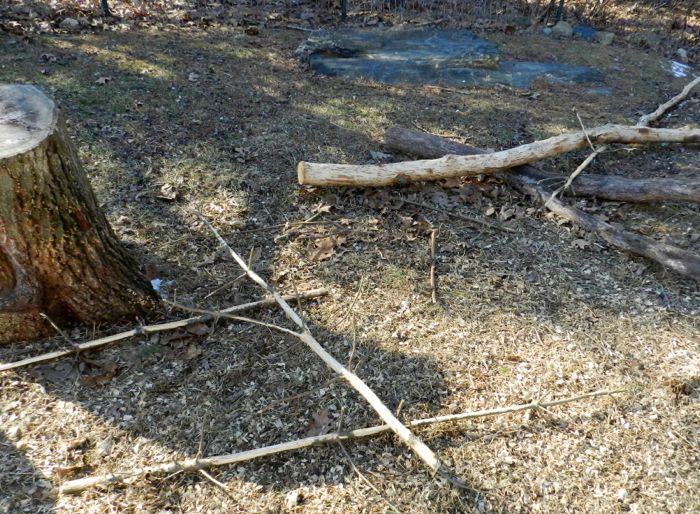 I went grocery shopping, and a guy in the produce department kindly gave me a box of greens. 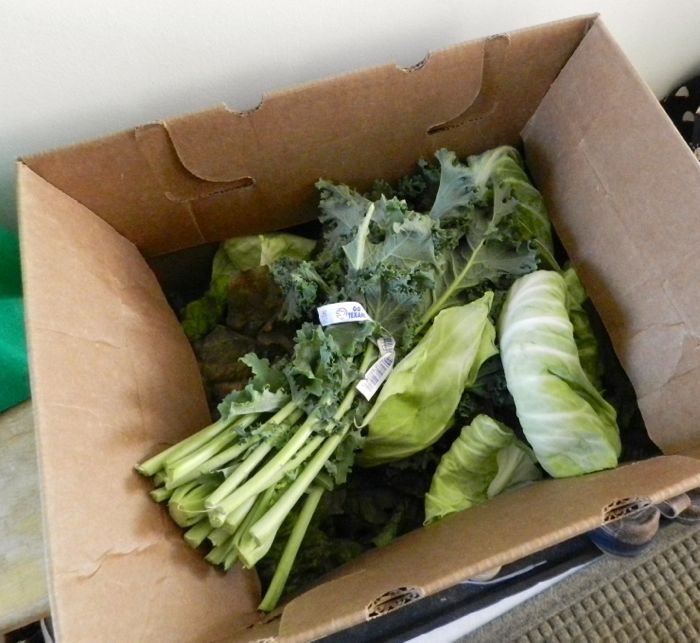 While the hens are stuck indoors, I’ll be doling the greens out like this. Having to work for their treats will keep them busy and the vegetables will keep the girls healthy. 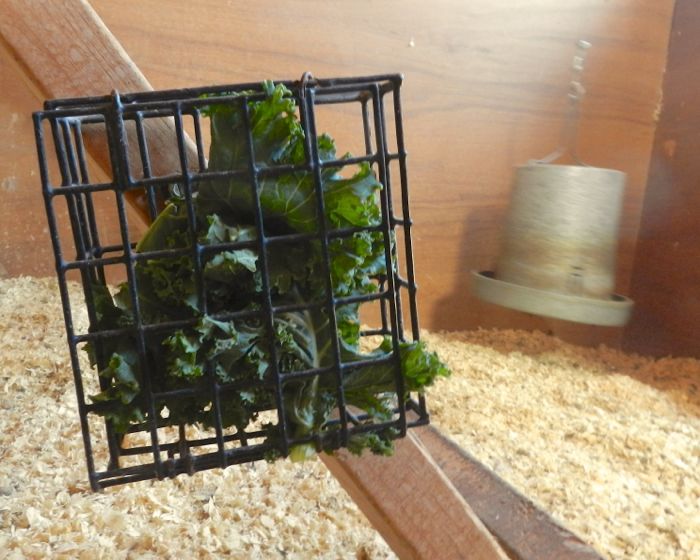 I’ve brought the boots indoors from where they usually sit on the back steps. Nothing worse than having to wear cold, snow-filled boots!

I’m sure that the power will go out. I’m doing doing loads of laundry while I still have electricity. We’ve done all of the other regular storm preparations: filling containers with water, charging lanterns, having food on hand, etc. Unlike Hurricane Sandy, when we lost power but the outdoor temperature was moderate, this time it will be very cold, in the single digits. We can always leave, but my animals can’t, and so my focus has been on the barn. I think all will be snug and cozy.

There will soon be a pile of snow in front of the HenCam and you won’t be able to see much. But Steve has added wind speed to the info on the cams, so you’ll be able to get a sense of what is going on.

If you’re in the path of the storm, stay safe!