It was a dreary day. Although the weather was changeable, I could tell what was going on by simply looking out at the coops. If it was only misting, then the girls were out and about. When it was raining hard they went back inside. All day long it was in/out, in/out. The Gems liked how moist the compost pile was. Lots of worms were wiggling near the surface. 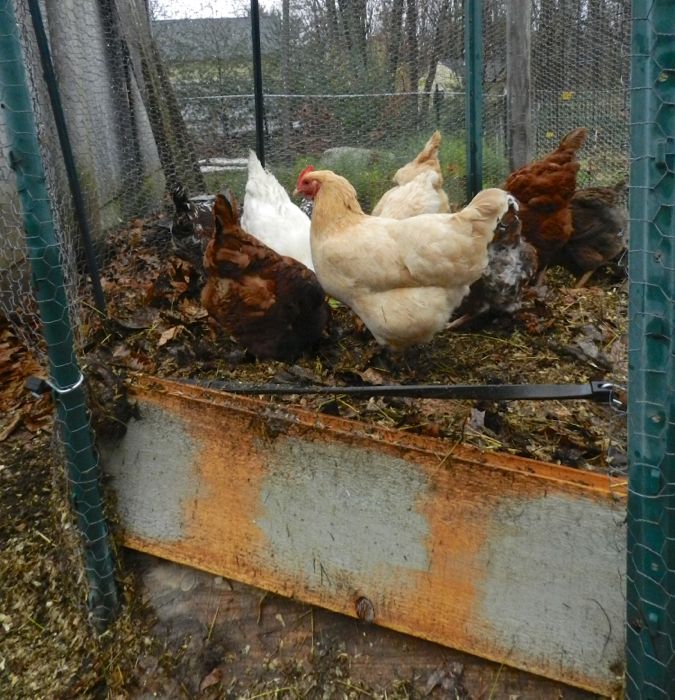 But Pearl, with her extravagantly feathered feet, was none too pleased. She stepped carefully, then finally gave up and went inside. 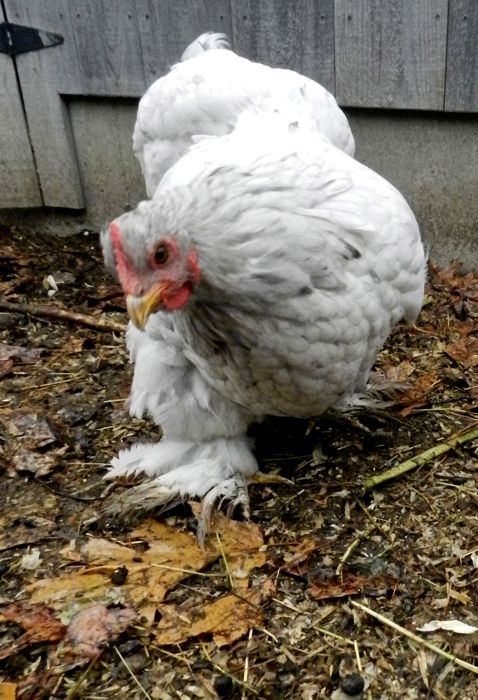 Amber, the Best Buff, despite the dark skies and the shortened daylight hours, laid an egg. 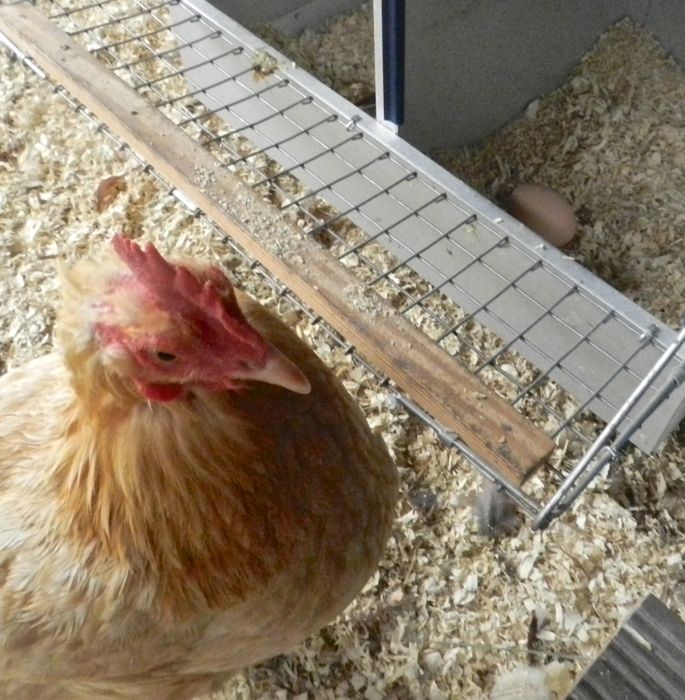 Candy had her morning hop-around but was quite annoyed at the mud. 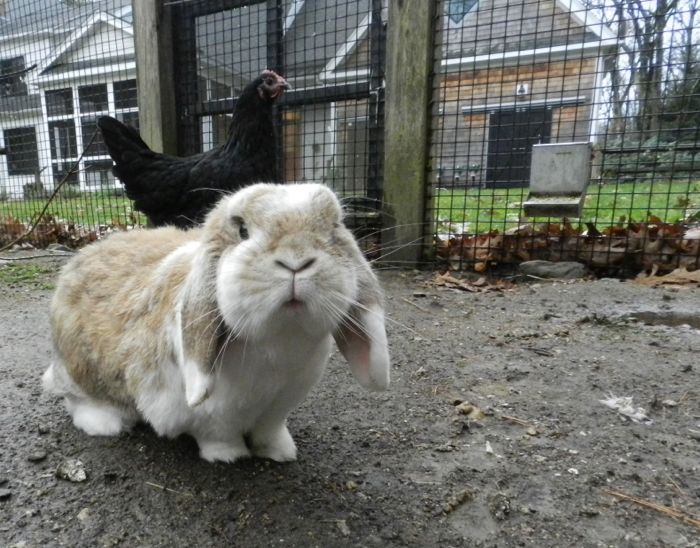 She spent most of the day glaring disdainfully at the world from her hutch. 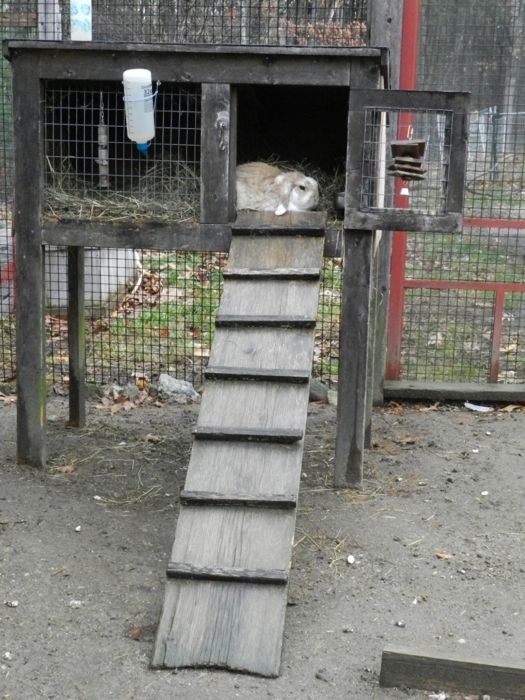 Goats hate to get wet. I gave them extra hay, so as far as they were concerned, it was a good day, anyway. The goats are nothing if not optimistic that all works out in the end. 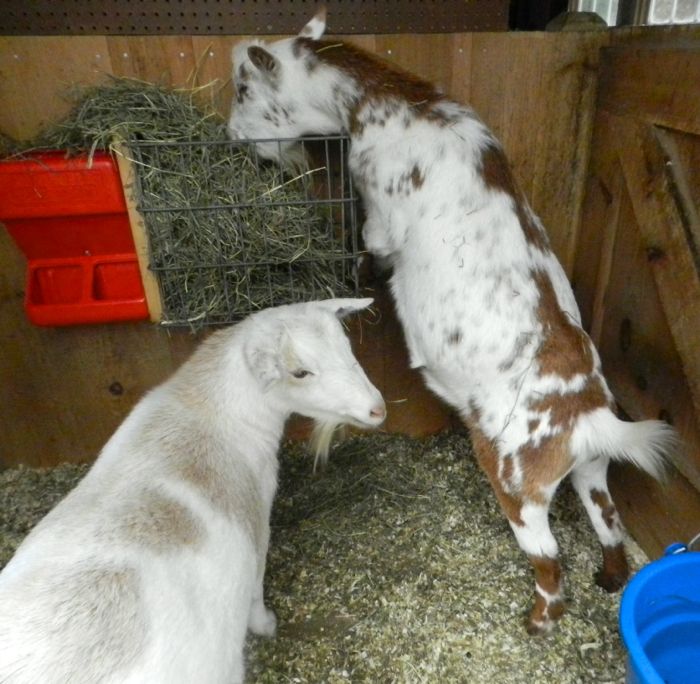 Lily was bored, but she remained vigilant, which was worth it because not one, but two, UPS trucks pulled into our driveway with deliveries. The UPS trucks are a sheer joy to bark at. 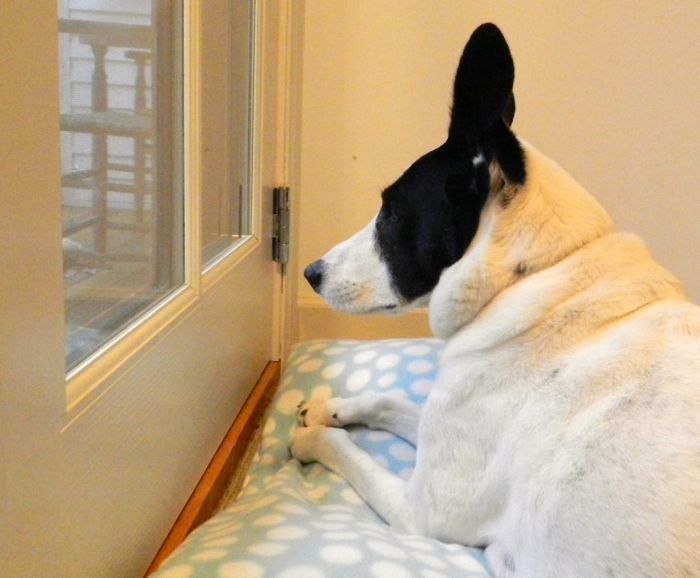 The rainy day was all the same to Scooter. He had his morning nap. And then he had his afternoon nap. 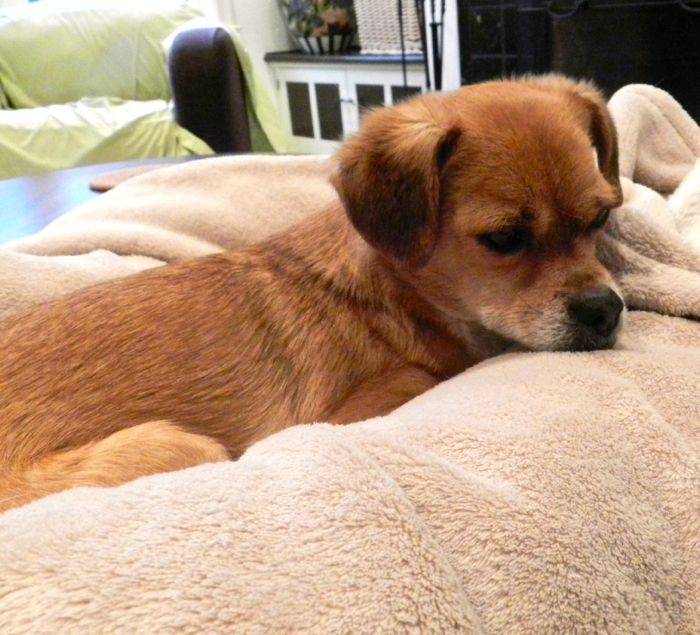 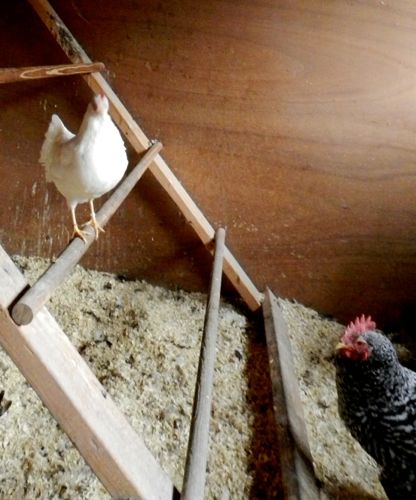 I was out of sorts. I got caught in a downpour while loading groceries into the car. I was chilled and grumpy. But, I should take lessons from the optimistic goats. Late in the afternoon I was sitting at my computer in my home office, and suddenly the walls glowed pink. I looked outside. The ground was the color of ripe peaches. 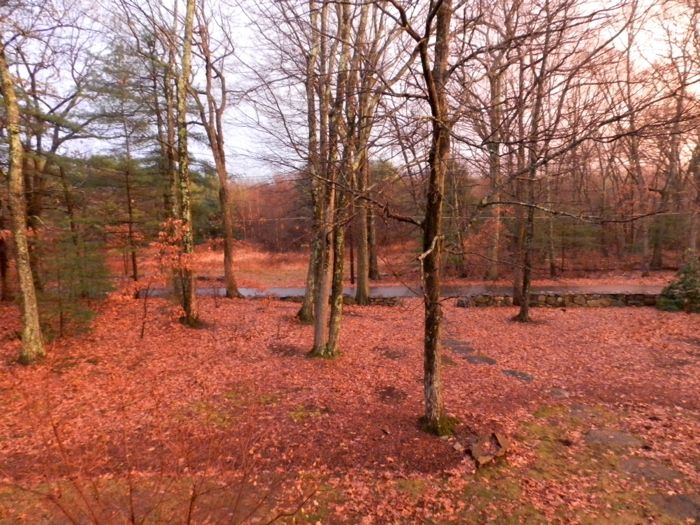 It was a heart-stoppingly beautiful, fleeting moment. The skies cleared just as dusk fell and the treetops glowed yellow in the sun, and then it was dark. 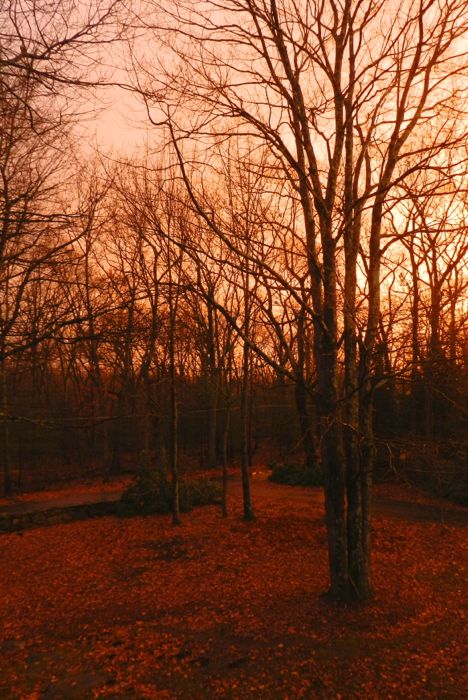 Those goats have it right after all – things have a way of working out in the end.