It’s no surprise that all three Buff Orpingtons are in the nesting boxes.

It’s even less of a surprise that two of the three are broody.

It’s easy to tell which hen is not. Amber (my favorite of the group) is about to lay an egg (good girl!) Her head is up. The other two are flattened out, chrrr-chrring bad-tempered warnings, and have glazed looks in their eyes.

Amber is on the left. Now that I pointed out the difference, it’s obvious, isn’t it? 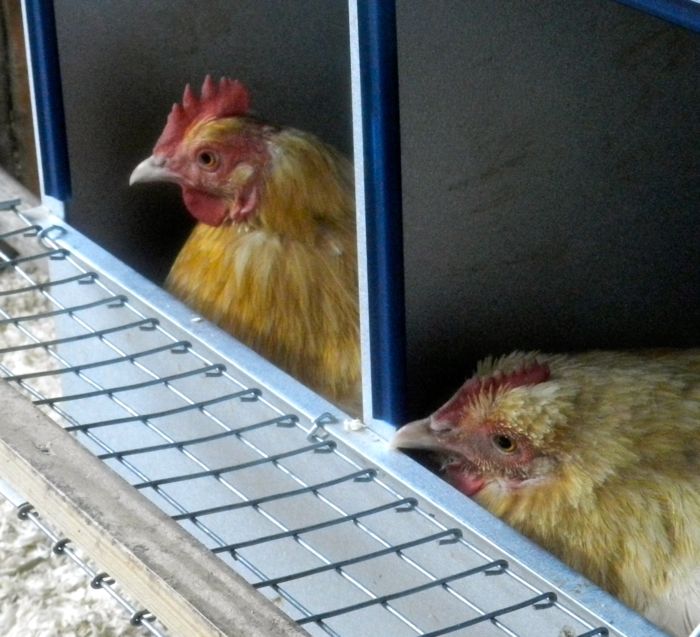 Check out their combs, too. Topaz’s is half the size and paler, a sure sign that she’s not laying.

Of the three, I will be putting Beryl in the anti-broody coop today because in her deranged state, when she spies an egg in a nesting box she clambers over and claims it. She’ll leave one egg to go and sit on another. She’ll do this even if the laying hen is still there, finishing up. She shoves and stomps. She breaks eggs. It’s annoying and wasteful, so she’ll spend three days literally cooling off. When I return her to the coop she won’t be broody anymore. But, I’ll bet she starts molting. It’s that time of year (more on molting in another post this week.)

There’s one more broody hen in my flock, and this one might surprise you. 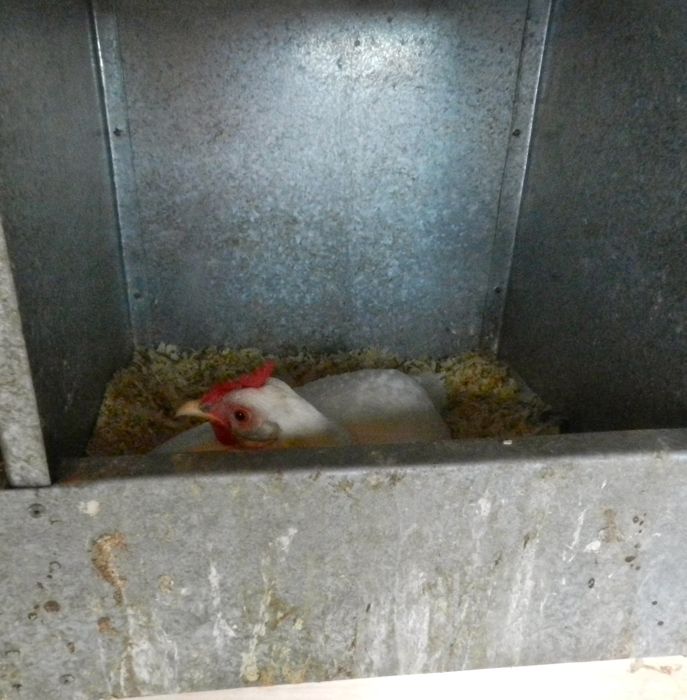 Betsy! She’s so diminutive that when she flattens out in the nesting box I have to peer in to see her. Both Tina and Siouxsie are laying. When Betsy sits on their two long white eggs she looks off-kilter, as if she’s going to fall off of them. Betsy doesn’t smash eggs and she rarely lays. I’m leaving her be.