Look at what I found in the nesting box. A two-toned egg. It would fit right into a mid-century modern decorating theme, wouldn’t it? I have the urge to go paint a piece of furniture to match it right now. 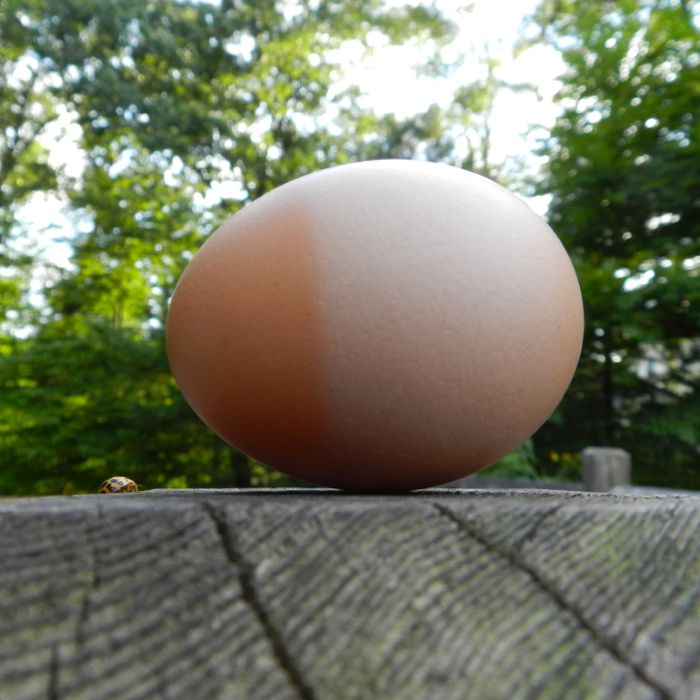 Someone snuck into the photo shoot. A lady bug! There are two hundred varieties of lady bugs in North America. I have no idea which this one is, but it sure is cute. 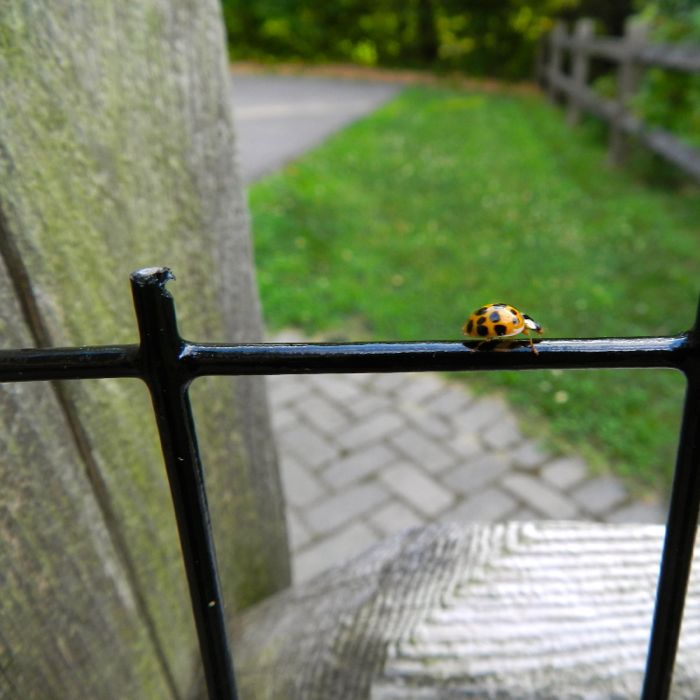 I don’t know which hen laid that fancy egg, but I think that I know why. Eggs go through something of an assembly line as they’re being formed. First the yolk is released from the ovary, then the whites and membranes are laid on, and lastly the shell. All the while the egg is moving through the reproductive tract. As the shell is forming, pigment is sprayed on. If the conveyor belt stops at the point where the egg gets it’s color, then that banded effect happens. This egg was laid the day after the chicken keeping workshop. I think that a hen that was about to lay an egg was distracted from her job while the flock had a runaround in the gardens, and were held by the participants. Sometimes when a hen’s schedule is disrupted, or she’s stressed, it will take an extra day to lay that egg. In this case the egg got a special paint job in the process. In all of my years of chicken keeping, I’ve never found such a perfectly two-toned egg. I’ll be blowing it out with this tool and saving it.

For more about pigmentation in eggs, see this post.

Have  you found any decorator eggs lately?